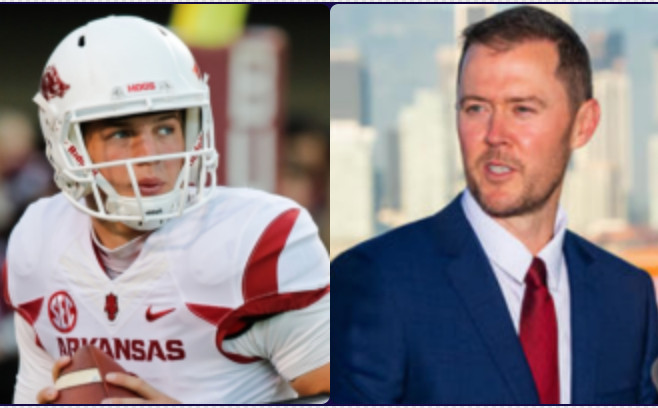 Is it cheating if you don’t get caught?

NCAA sports have been replete with cheating throughout the organization of collegiate athletics. Occasionally, teams are caught. Often, per others who were beaten by the alleged cheaters, they are not. No repercussions. Off-the-books recruiting – always known as ‘tampering’ but rarely called as such until the last several months – has been the hot-button issue in the offseasons of college football and basketball this spring.

This world encompasses more than just the teams involved, with huge satellite industries and some significant revenue now revolving around collegiate sports. This can be seen in the increasing number of sportsbook promos catered just for college games, the increasing viewership – 2022 saw the NCAA secure $870 million in broadcast revenue alone – and, of course, the higher fan attendance.

In Miami, basketball Isaiah Wong has come under scrutiny for allegedly asking for a better NIL deal in order to stay with the Hurricanes. Wong, for the record, says it didn’t quite go down that way. Texas wide receiver Xavier Worthy was alleged offered a six-figure NIL deal by an undisclosed school if he would leave the Longhorns for a program that likely has a higher chance of winning the national championship. Worthy didn’t leave, it turns out. But the accusation was enough to turn heads.

The latest firestorm surrounds USC, coach Lincoln Riley, Pittsburgh, coach Pat Narduzzi and Biletnikoff Award winning wide receiver Jordan Addison. Addison is, by virtue of the award, the best wideout in college football. His talent would make any team better. But after it appeared he missed the May 1 deadline to enter the transfer portal, it turns out, he didn’t and Riley and Trojans have come out on the other side as a likely destination. The allegation goes that Addison was enticed to enter the portal by USC, which earned Riley a call from Narduzzi.

How is this relevant to Arkansas? Riley was coaching Oklahoma when Hogs wideout Mike Woods entered the transfer portal and chose the Sooners. There were few, if any, allegations about Riley poaching the wide receiver from Fayetteville at the time. More focus in the Natural State was about the disappointment in Woods’ leaving rather than animus directed at Riley for taking him. But now…

Well, Riley’s exit of the heartland for the glitz and glamor of L.A. has pretty much made him college football’s most despised person. The Jordan Addison saga, combined with the drama surrounding players like Worthy and Wong and others, have sounded alarm bells throughout college sports about that dirty word: tampering. Some go so far as to call it cheating. Apparently, even the NCAA is looking for a way to regulate the NIL program.

This author, however, is hard-pressed to see just how that’s the case. The outdated notion that college athletes shouldn’t be paid for their work is just that: outdated. As the history of the world has shown us, opening the door to financial transactions is going to create malefactors and n’er-do-wells who want to manipulate the system and will attempt to manipulate it. As I wrote in January, Arkansas should find itself among the elite when it comes to being able to pony-up the dough in order to get and retain players.

Unquestionably the NIL has changed the equation of college athletics. It’s clear the process was not well thought through enough before being instituted. If it were, all of these allegations and some fast-paced backtracking by the NCAA wouldn’t be what we see now.

But that doesn’t mean the notion behind NILs is faulty. What’s needed is better regulation, not a scrapping of the system, which would only return us to the shady days of “bag men.” Who wants a return to the dramatics of the Cam Newton recruitment? Or Reggie Bush? Or Terrelle Pryor being punished for selling gear for tattoos? OK, maybe to Arkansas fans that last one is a bad example.

John Nabors, a former colleague of mine with SEC Country in the late 2010s, is not a fan of the way things are going down, specifically with Riley and USC. He said on his program this week:

In other words, it sounds a bit like Ricky Town. Think about it. The former would-be savior quarterback played for USC, Arkansas and Pittsburgh, all three schools involved in the current ordeal. At least, involved in the perspective from which Nabors is coming. Now, no one is suggesting Town was given the then-equivalent of an NIL deal to play for the Arkansas football program.

He was a five-star, highly-sought recruit who decided to leave USC of his own volition. He chose the Hogs because it appeared, at the time, there might be an opening after the graduation of Brandon Allen. Austin Allen ultimately snapped up the job, and quite easily too. That left Town to languish on the bench before he decided Fayetteville was not for him, either.

No one – ahem – at the time was complaining about Town’s arrival in Arkansas. In fact, it was lauded in most circles as a coup for Bret Bielema and the Razorbacks program. Of course, things turned sour, or at least forgotten, quickly. Town moved on and hardly anyone has thought of him since.

But his story is similar to where the frustration comes from. Transferring, the portal, NILs, it’s all bad when it’s happening to you. It’s great when it happens for you. Perhaps something like Addison’s entering the portal was brought on by tampering. Perhaps. Detractors of USC, of which there are plenty, are certainly claiming as much. They’re also not the ones about to reap the benefit of having the best wide receiver in the country on their roster.

The portal and NILs should be tweaked, no doubt about it. Nabors suggested a solution: players who transfer cannot have an NIL for their first year. Personally, I’m not a fan. In that case dozens, if not hundreds, of players, wouldn’t leave bad fits because of a lack of an NIL deal. Or perhaps ones who do leave major programs because of a lack of playing time or what-not could leave and collect an NIL at a smaller school to go along with the playing time they’d receive. I want to see small schools offer NILs to the incoming players if they can scrape one together. It’s America, after all. Doesn’t the free market reign? It does practically everywhere else.

Thankfully it’s not my job, nor yours, to alter the system. There’s a reason we’re not asked, either. Our logic is generally going to be oversimplified. The NCAA already tried a simplified approach and it’s put us where we are now.

But scrapping the NIL all together, going back to the way things were is antiquated. It’s a bunch of Old Man Yells At Cloud type of stuff. Times are changing and it’s high time we changed with them.

“The long-run outcome of all this wrangling “is not that 115 teams will become a farm system for the 15 most prestigious programs, and it is not that pay-for-play will forever be an open-air black market where ‘name, image, and likeness’ payments function as pay-for-hire to get players to attend certain schools,” Slate’s Alex Kirshner writes. “Instead, it is that college football will go through a period of chaos that its leaders created all on their own. Then that time will end, and governments will impose a new order that changes the sport’s economics forever.”

“I think any time of the year, a star of a team, especially at a high level college football program, enters into the transfer portal at a very random and weird time – and then immediately goes soon after to the school that people were reporting that he’d end up going to – put all the pieces together, you can figure out that’s tampering and that’s something that cannot and should not occur in college football. But the ultimate question becomes, what can you actually do about it?”

On the lameness of leaving after spring practice

“And so, [Lincoln Riley and his coaches] went out and they contacted the best wide receiver that was already on a team and said, ‘Hey, if you come here, we’ll give you a better deal than what you’re getting there.'”

At least that how Nabors sees it going down. Listen to his entire take on Lincoln Riley here:

Even More on Lincoln Riley and Apparent Jordan Addison Tampering

Aaron Torres, the college football analyst, chimed in with this own 22 thoughts on the matter. He brings up the exodus of Oklahoma football players, starting with quarterback Caleb Williams, to USC a full three to four weeks after Lincoln Riley left as more evidence of apparent tampering.

He added: “You have the fact that some of his players seem to be on a weird timeline where they’re going to stay at Oklahoma. And then all of a sudden they decide to leave.”

In the video below, Torres also hammers home how damning the fact that Pitt’s head coach had to call Riley appears.

“Pat Narduzzi called Lincoln Riley multiple times on Friday to voice his displeasure. So you could tell me that there’s no proof that there was tampering. My proof is that this is not the first time with Lincoln Riley, and that the pit coaching staff thought there was something funky enough going on, that they had to call Lincoln Riley themselves.”

“So to me, yes, I believe Lincoln Riley is a villain.”

In Defense of Lincoln Riley

While such tampering accusations crash in on Riley from left and right, some aren’t so quick to cast stones.

While, yes, it matters that Narduzzi called Riley, it’s also true that the “only ‘evidence’ of an NIL deal for Jordan Addison to date was a rumor floated on Twitter,” as The Mercury News’ Jon Wilner points out.

“What hasn’t received enough attention is the link between Addison and USC quarterback Caleb Williams,” Wilner continues in one of his most recent columns. “They grew up in the Washington, D.C. area and have a relationship.” That explains why Williams has been so open and public in pushing for Addison to come to L.A:

There are no rules, of course, preventing players from recruiting other players.