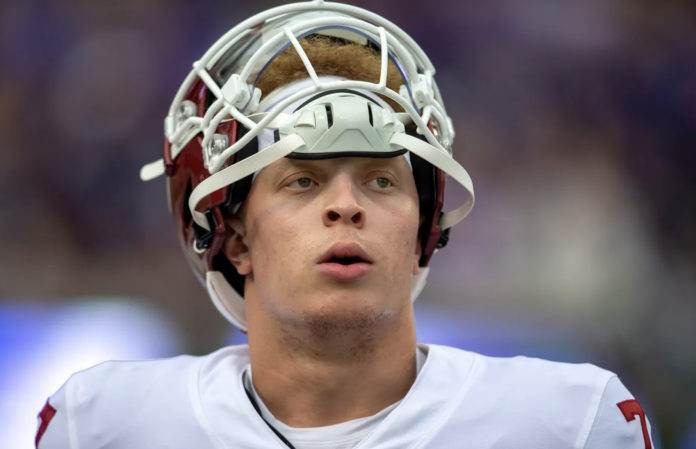 Arkansas vs South Carolina isn’t at the top of anyone’s list when it comes to the top rivalries in the SEC. Heck, the game isn’t even on the list. Part of it is geography. Only Gainesville is a farther distance from Fayetteville when it comes to towns in the SEC. Part of the lack of rivalry is the nature of the SEC: East and West teams only cross over on occasion.

But when it comes to the past, Hogs vs Gamecocks holds some intrigue. Until 2013, after all, the programs played every year. Now, it appears some of that sizzle could be returning. Especially since the game comes in Week 2 and marks the season opener for both squads.

In some books, the Razorbacks are a dark horse candidate for the SEC West. After all, they beat Texas A&M last year and came within a touchdown of knocking off Alabama. Arkansas is 100 percent, completely and utterly satisfied with its quarterback situation. The Razorbacks should be. KJ Jefferson is, at worst, an All-SEC player at the spot with two years of eligibility remaining. He’s the best running signal-caller in the league, and one of the best in the nation. He has a good arm with fair accuracy, which is bolstered by the offensive game plan put together by offensive coordinator Kendal Briles.

Things weren’t always this way. In fact, before Jefferson, the Arkansas quarterback situation was a quagmire. Feleipe Franks came in during the first year of the Sam Pittman era to settle things, but the Hogs were still a team that badly needed help at the position in the final season of the Bret Bielema regime and both years of Chad Morris’ run.

At the time, neither made any run at Spencer Rattler, the now-former-Oklahoma-current-South-Carolina quarterback. Under normal circumstances, that wouldn’t have been a huge deal. Except:

Arkansas faithful are thankful that things ultimately worked out, even if it took a few years of dredging. Rattler had a successful first season with the Sooners in 2020, drawing some hassle from some in the SEC crowd who tend to be awfully territorial. Rattler’s struggles last year under Lincoln Riley saw him lose his gig to Caleb Williams and transfer out. “A lot of guys don’t get another chance, to start over where they’re really wanted,” Rattler told ESPN. “I was just happy to get away from a toxic situation and get somewhere new. Anywhere was going to be better, and I found the right place.”

Now that he’s in the SEC, he’ll no doubt have a target.

Things to that end weren’t helped when a completely fake quote was floated out in early May. It had Spencer Rattler telling 247Sports that the SEC is “much easier compared to the Big 12. I feel like I can dominate this league next season,” with said domination beginning vs the Razorbacks.

As Spencer Rattler isn’t one for tinfoil head wear, he never this or anything like it. In fact, if the following ESPN interview quote about transferring to South Carolina is any indication, his mindset is the closer to the opposite: “I feel like it’s more impressive if you go to a school that’s coming up and do it there, with great teammates around you, than to go somewhere like Alabama and win games.”

Rattler took to social media to deny the fake 247Sports quote and reasonable people everywhere understood it was fraudulent. More reasonable people didn’t bother sharing it at all. But welcome to the 2020s. We (hopefully unintentionally) share outright lies on social media with unnerving regularity and they spread like wildfire. Even after they’ve been proven wrong, their slash-and-burn nature of the medium leaves a lingering stench of the falsehood that came before. Arkansas media legend Mike Irwin – whose credentials I’ve lauded before here – shared the tweet and some fans, as fans do, blasted Rattler for it.

Forget for a moment that it’s ludicrous. Fans are gonna fan. It would have been preferable had Irwin followed with a tweet showing he learned it was false but, hey, that’s the internet. So while Rattler doesn’t deserve the howling banshees who tore into him, the faux quote could still generate some deserved juice for the game.

South Carolina very well could be in 2022 what Arkansas was in 2021. Just as Sam Pittman headed into his second season of a head coaching career after never having been an offensive or defensive coordinator, Shane Beamer is doing the same. Both coaches made their marks climbing the ladder by knocking it out of the park when it came to leading position groups.

Rattler is the best quarterback the Gamecocks have had since Connor Shaw. “Spencer Rattler is a massive boost, not only at the position of quarterback for South Carolina, but remember when that headline came down,” college football analyst Josh Pate recently said on a segment of his show. “To me, I still don’t think in this entire transfer portal cycle, we had a bigger boom moment than Spencer Rattler going to South Carolina. That one just came out of nowhere.”

And if you think Shaw wasn’t that great, perhaps you’re forgetting his 24-touchdown, 1-interception season of 2013 when he also ran for 558 yards and six scores. South Carolina went 11-2 that year with the help of a defensive line led by future No. 1 draft pick Jadaveon Clowney. Coincidentally, that group was under Deke Adams, now Arkansas’ defensive line coach. No one expects a repeat of that season. But the Gamecocks are coming off its first bowl game since 2017. They are closer to Tennessee than Vanderbilt in the SEC East pecking order.

As a South Carolina football player, Rattler hasn’t taken the field against an SEC opponent yet. But despite him losing the job to Williams last year, the man isn’t a slouch. He still completed 75 percent of his passes and more than twice as many touchdowns to interceptions.

Arkansas will have to be ready. No matter what happens with the Razorbacks in Week 1 against Cincinnati, win or lose, South Carolina will hardly be a pushover the following week. The Razorbacks should have motivation even without the fake remark from Rattler as they haven’t beaten the Gamecocks in their last three tries and got pulverized . Bobby Petrino’s bunch in 2011 was the last Arkansas football crew to beat South Carolina in the matchup.

At least now, though the hype for the game was  ill-gotten, there is at last some hype for this under-the-radar SEC showdown, anyway.