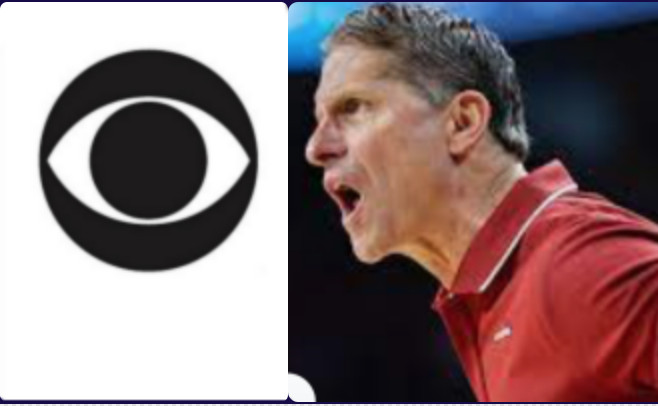 The dust has fully cleared from Arkansas’ four-point loss at Tennessee on Saturday afternoon, and while the setback disappointed Hog fans, it wasn’t too unexpected. Arkansas had been arguably the nation’s hottest team, winning at rate since early January matched only by Gonzaga, and the good times couldn’t roll on forever. Especially in a place as formidable as Tennessee’s Thompson Boling Arena without one of the team’s best players (Au’Diese Toney out due to injury).

When the smoke finally cleared on the Hogs’ furious, but ultimately thwarted, comeback attempt, Arkansas’ hopes of gaining a share of the SEC title were altogether destroyed. Of course, in order for that unlikely event to have happened, frontrunner Auburn would have needed to lose to South Carolina.

Auburn, however, took care of business. Their win meant they didn’t have to share the title with any of SEC’s other top four teams, setting off this highly sophisticated chant:

The last time we saw Auburn basketball players dancing like that, it was over the Razorback logo on the court of Bud Walton Arena in Fayetteville a few weeks ago. At that time, Arkansas was unranked and Auburn was No. 1 in the nation.

The Hogs, of course, used Auburn players’ disrespect as fuel and ended up winning an all-time classic, setting off a raucous court storming that instantly went down as the one of the greatest moments in modern Razorback history. Although the more recent win over Kentucky also ranks as a top moment of the season so far, beating Auburn was historic because it was the first time the Arkansas basketball program had ever scored a victory over a No. 1 ranked team in Fayetteville.

The moment made national headlines, yet somehow has already been forgotten by one prestigious outlet. In CBS Sports’ recap of Saturday’s action, Kyle Boone and David Cobb wrote the following when writing about Auburn’s journey to the regular season crown in the SEC:

While Auburn did play Kentucky at home, and beat the Wildcats, they absolutely played Arkansas on the road. And lost. In fact, the Tigers went on to also lose at Florida and at Tennessee.

Surely, this will corrected by CBS sometime soon. It’s not as if the entire outlet has it out for Arkansas – CBS’ Garry Parrish, for instance, has long been outspoken in favor of Arkansas basketball and routinely give the Hogs the benefit of the doubt. It’s just that somehow a couple of writers and editors missed a very critical game that was on the national radar just a few weeks ago.

But CBS is not going to make many new fans in Arkansas letting revised history of this sort live on its website. This was also the same outlet that allowed an idiot to take up oxygen talking about how Musselman was at a coaching disadvantage last year during March Madness:

Hopefully, CBS will get around to reporting more of the truth here in the next few weeks. It’s postseason time, after all, and if all goes well Arkansas will be getting a lot more airtime on the once-venerable network.

Before March Madness, however, there will be the SEC Tournament.

“The Hogs have earned the No. 4 seed, meaning they get to enjoy the benefit of a double-bye and will open up tournament play on Friday at 1 p.m. (CT) on ESPN,” HawgSports.com’s Curtis Wilkerson wrote. “As far as the first  opponent is concerned, Arkansas will have to prepare for three different teams.”

“From my perspective, I’ve got to figure out who we’re going to start on Friday night. Hope that he has good rehab. I thought he was gonna be able to play five or seven minutes each half. That was not the case. It was bothering him too much. As soon as I get on the plane, I’ll start figuring it out. We’re not starting who we started tonight. I know that, if he can’t play. I’ll have to go back and decide how we’re going to play. Obviously, we don’t know our opponent. That’ll be a thought process moving forward. If he can play, then that’s great news. He obviously starts at the off guard spot for us.”

“They’re undefeated at home. That alone tells you how good they are in this building. Everybody has injuries throughout this league. It’s part of sports, regardless of whether it’s basketball, baseball, or football. Obviously, playing on the road and finding out right before tip that Au’Diese (Toney) is not going to play, and then you play in a building like that with 20,000.”

“They just came out with such aggressiveness from the three-point line. We did not guard the three-point line at all. Reverted back to the way we played defense in the first 15 games defending the three. Au’Diese has taken that away at the off guard spot and has done and done a great job of contesting threes. Not the case to start the game. Their starting backcourt got a lot of clean easy looks. (Kennedy) Chandler was five of six from three, and [Santiago] Vescovi was three for four. At our place, we did a great job of running them off the three-point line and did not do that at all in the first half.”

Message for team at half-time:

“I just talked to the team. I discussed that’s not who we are. We’re a team that plays really really hard and plays really good defense and competes at an extremely high level. You know, mental approach. We were down a guy that’s been instrumental in the way we’ve played, so when somebody goes down, we need everybody to step up their game.”