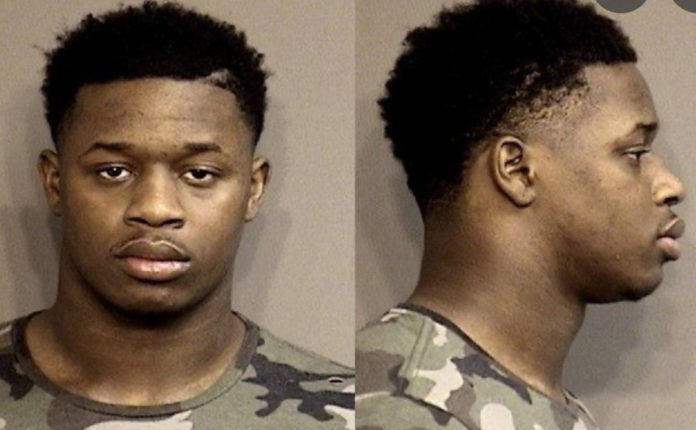 Arkansas football coach Sam Pittman and his defensive coordinator Barry Odom took a gamble on Tre Williams when they welcomed the former Missouri Tiger to Fayetteville this past spring. By almost all metrics, it paid off.

Williams, a 6’5″ 260 pound rush end, became Arkansas’ most disruptive pass rusher in 2021, leading the team with 6 sacks and generated a team-high 36 pressures according to Pro Football Focus. His contributions, along with those of fellow transfers John Ridgeway and Markell Utsey, proved critical all season long.

The Razorbacks hoped Tre Williams would play a part in the upcoming Outback Bowl vs Penn State but those plans got scuttled this past weekend when he was found asleep in a McDonald’s drive thru in Fayetteville. The preliminary police report states that Williams tested for a blood alcohol concentration (BAC) of .09. A BAC of .08 or higher is considered drunk driving in Arkansas.

Hours later, the 24-year-old Tre Williams released a statement declaring his Arkansas football career was finished and he would enter the 2022 NFL Draft.

“With regards to what happened early this morning, I want to apologize for what occurred and not representing the state and logo the way that it should be represented, which is with pride and honor,” Williams wrote on Twitter. “I know that nothing I say can change what has happened, but as a man, I have accepted the consequences and will do better to prove that I am not that type of person.”

On a recent episode of “Ask Mike,” Pig Trail Nation’s Mike Irwin insinuated that Sam Pittman would have suspended Williams from the Outback Bowl and opting out saved face for the super senior. “What I heard was he was just very embarrassed by the whole thing and said, ‘Man, I’n screwed up. I embarrassed my team. I’m just going to go and concentrate on where I go next, which is going to try to make it in the draft.'”

While of course zonking out while waiting on a Big Mac with fries is embarrassing, it’s also the kind of thing that will be forgotten and easily forgiven in the big scheme of things if Williams goes on to do well in the NFL or life in general. Just look at how quickly folks forgot about Darren McFadden passing out in the drive thru at Whataburgers in the Dallas area (while nearly twice as drunk as Williams). Razorback football fans, though disappointed Williams won’t play in the Outback Bowl, won’t soon forget how much he did for the team this season.

It matters that Williams stayed out of trouble through the entire regular season because he had a checkered past that made anything but a given.

In early December 2018, Williams was coming off a successful two-year run at Mizzou in which he’d been voted as an all-SEC freshman and had a solid sophomore season.

That’s when he got into an altercation with a girlfriend. According to the police report, “the victim told police she and Williams got in an argument and while driving on South Providence Road [in Columbia], he grabbed the steering wheel and tried to wreck the car.”

“He then hit the victim with his forearm and elbow and slapped her on the chest, according to a Columbia Police Department probable cause statement.”

“After the victim threw his cellphone from the car, he began choking her until she felt she would pass out, according to the affidavit.”

Williams was arrested on suspicion of second-degree assault, a Class D felony that leads to an indefinite suspension from the Missouri football program.

Odom, then Missouri’s head coach, suspended Williams from the team after the incident.

Less than two years later, Williams was involved in a halftime brawl during the Florida-Missouri game.

In the wake of this Halloween Night fiasco, he was was ejected for a flagrant unsportsmanlike conduct foul:

“There is no place in college football for the kind of incident that took place at halftime of the Missouri at Florida game Saturday night,” SEC Commissioner Greg Sankey said afterward.

“Everyone involved is responsible for meeting sportsmanship standards throughout each game. Running on the field to confront a game official, the gathering of teams in an on-field confrontation and student-athletes throwing punches are all disappointing at any time, but even more so as we work to support healthy competition during a pandemic.”

Plenty players faced suspensions after that brawl, too.

To Williams’ credit, he had a great season until making a poor choice on Sunday. On the whole, I think he still should get the benefit of the doubt that he’s learned from past mistakes. He will definitely need to convince NFL scouts that he has matured despite evidence to the contrary.

I hope his embarrassing McDonald’s incident ultimately proves a blip on otherwise upward trajectory into his future life and career from the darker incidents at Mizzou.

On “Ask Mike,” Irwin makes the point that Tre Williams follows both Darren McFadden and Sam Olajubutu with an induction into the Arkansas Football Asleep in a Fast Food Drive Thru Hall of Fame.

“When you do something like that, it makes it harder. These NFL people look at this stuff, especially if you’re borderline. If they’re trying to decide where they’re going to take you, and you’re not a first, second, third round, or whatever that could affect you.”

The below article originally published May 4, 2021

On Monday night, another Missouri Tiger announced he was heading to play at Arkansas under his former head coach, Barry Odom.

Tre Williams, a 6’5″ 260 pound rush end, should help immediately in an area where Arkansas was weak in 2020: consistently pressuring the quarterback.

The Missouri native had 22 tackles in 2020. The year before, before Barry Odom became Arkansas’ defensive coordinator, Williams had tallied 24 tackles with three tackles for loss and a one sack along with five quarterback hurries.

Razorback fans rejoiced when hearing the news about Tre Williams.

On the surface, everything looks hunky-dory.

He’s a graduate transfer who said he wanted to major in medicine at Mizzou to treat gastrointestinal ailments, a disease that he lost his great grandfather to. His close relationship with his grandfather led him to dedicate his career in his honor, according to his bio at Missouri.

On top of that, Williams is a savvy marketer. He may be become the second Arkansas football player (after Jerry Jacobs) to wear the number “0”. Last year was the first year that SEC players were allowed to chose that number, and he was forward-thinking enough to select it before the season began.

But, within all the good vibes, an important fact shouldn’t be forgotten: Williams also arrives in Fayetteville with the serious red flag that was mentioned above.

The late 2016, Barry dismissed a backup wide receiver after he was arrested for allegedly punching a woman in the face, the St. Louis Dispatch’s Dave Matter reported. (That receiver, Keyon Dilosa, was later charged with third-degree domestic assault.)

“There’s a few things in our program there’s no gray area,” Odom said after he kicked Dilosa off the team. “That’s one of them. … Our guys know. We had speakers come in and talk about all societal issues. That was one of them. As a program we’ve got to stand for certain things.”

Less than nine months later, Tre Williams was back on the practice field after pleading guilty to what ended up as a peace disturbance charge. He ultimately wasn’t charged with anything else.

Some questioned why Barry Odom allowed Williams to play again. Was he backing off his zero-tolerance policy toward scenarios of domestic abuse?

Odom said that, based on the team’s own internal review and what transpired in the court of law, he was confident he was right to let Williams play again and that he wasn’t backing off his zero-tolerance policy.

“If you look at what the things Tre did for the last eight months and he’s got a misdemeanor peace disturbance — is what the charge was through the court of law — I’ve learned you get all the information, you get all the facts, and then you make an informed decision,” Odom said.

“Through the process of the last eight months or however long it’s been, [he] went through with the proceedings in court, and I feel very strongly about how we handled this case and how we’ve handled every one that we’ve had since I’ve been the head coach.”

Tre Williams isn’t a villain. He deserves the benefit of the doubt, sure.

It’s very possible he’s learned from his past mistakes and is ready to make the most of his last season playing college football.

No question, Barry Odom would not have brought him back into the fold — nor would Pittman have allowed Odom to do so — if they seriously doubted his character.

But an optimistic outlook shouldn’t mean historical revisionism. Nor should it mean forgetting that domestic violence has been a pervasive problem at the highest levels of football.

When it comes to the past of any Razorback players, or any high-profile athletes for that matter, pretending like serious incidents never happened is a kind of delusion I want no part of.