Arkansas quarterback Brandon Allen has gotten a hard knock this season for underperforming in the fourth quarter of games. While he’s definitely missed a few important throws in the fourth, the perception among some fans that he is especially “unclutch” comes from the fact he’s so good in the first half. His first-half-to-fourth-quarter dropoff still is the worst in the nation among Power 5 starting quarterbacks, just as it was last week and last season.

But the question of what criteria should comprise “clutchness” is a nuanced one.  As I point out in this article for the Fayetteville Flyer, the traditional QB rating only takes into account passing yards and not rushing yards. Allen’s number would likely improve slightly his rushing was including – as  he has been efficient running  this year, going 23 times for 4.3 yards a carry. But so would other quarterbacks’.  Still, the limited nature of the QB rating is important to keep in mind when looking at the below comparison stats.

I’ll highlight Allen and Jake Coker since the Razorbacks and Crimson Tide play tonight. These 2015 stats are current through the early afternoon of October 10. 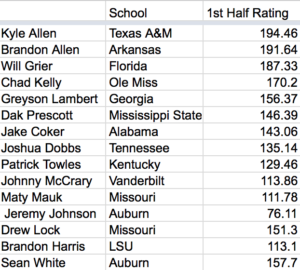 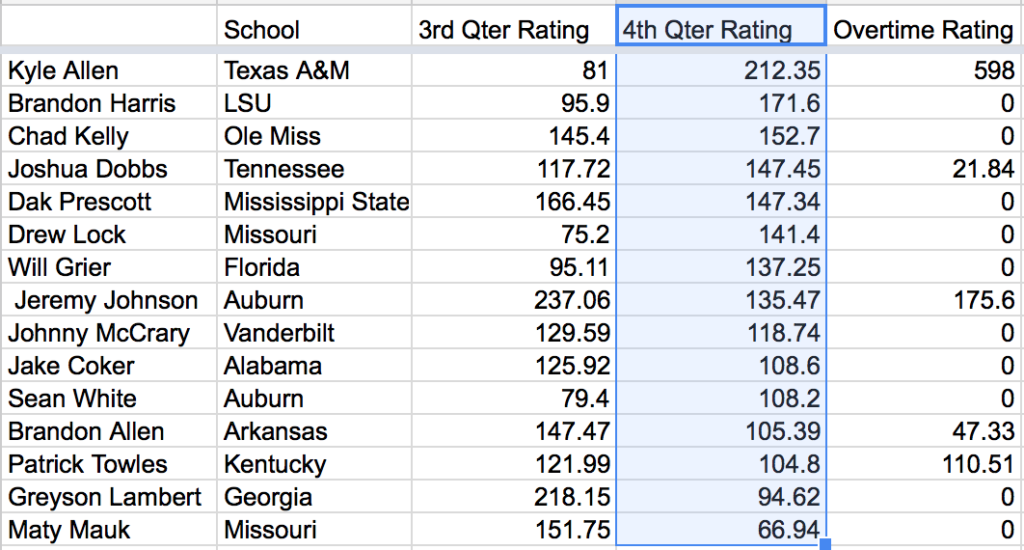 1st Half to 4th Quarter Improvement 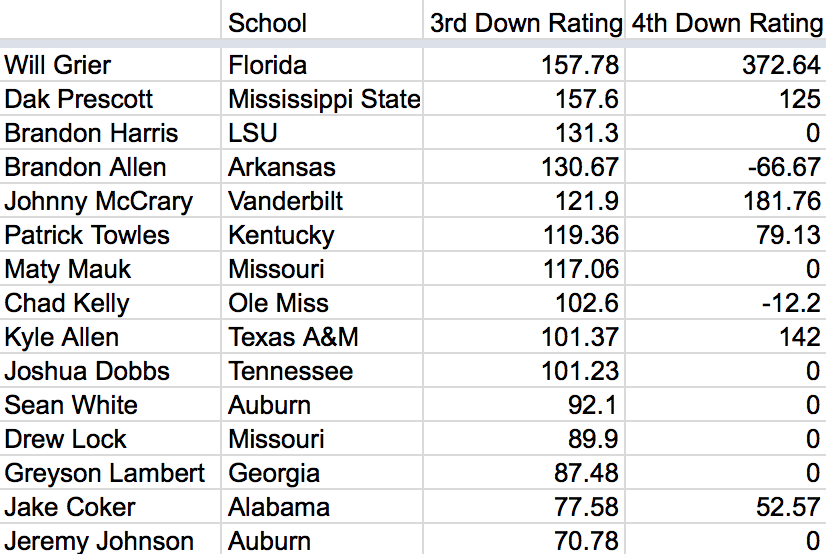 That’s a huge 3rd-down success disparity through five games this season. One major key for Alabama to win this game will narrowing this gap, while Arkansas will try to keep the numbers as close as possible to Allen’s season average.