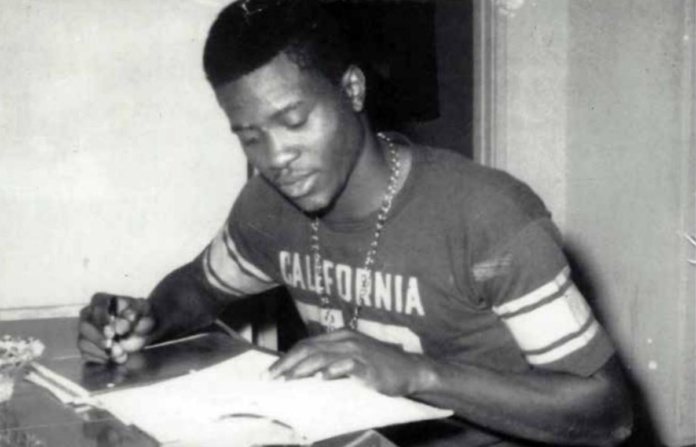 Pine Bluff’s King Cotton Classic is back. In the 1980s and early 1990s, the high school basketball invitational stood as one of the nation’s finest, drawing scores of future NBA stars and ESPN cameras. For 18 years the King Cotton lay dormant, but Pine Bluff civic leaders revived it this year. Starting today, elite teams from California, Texas, Florida, New York and more will clash with in-state squads including Pine Bluff High.

Basketball fans recall one of the tournament’s greatest moments occurred in 1991. In a matchup featuring two blue chip players — Russellville’s Corliss Williamson and Jason Kidd of Oakland, Calif. — Williamson blocked a last-second shot by Kidd to preserve a one-point victory.

Few Arkansans knew a Jefferson County native had been helping train Kidd. William Scales, an Altheimer native and Oakland transplant, was one of a few rec basketball players who scrimmaged with Kidd at the downtown Oakland YMCA. “Jason was a kid we kind of hammered on the head and kicked around,” Scales recalls. Their physical play helped Kidd develop from a scrawny high schooler into an electrifying All-American at the University of California, Berkeley and eventual Naismith Hall of Famer.

Another Altheimer native had made similar waves at Cal more than two decades before. Jackie Ridgle, one of the most explosive players in the history of what’s now the Pac 12, ranks among the greatest of Arkansas’ prep basketball players. While the King Cotton Classic brings in elite talent from across the state and country, Ridgle is a reminder that headliners can come from right next door, too.

Ridgle spent most of his childhood in Altheimer, though he briefly lived in California because of family he had there. He first started playing basketball in eighth grade. His game, and his frame, grew rapidly a couple years later. By the end of his junior season at Altheimer’s Martin High School he was nearing 6’4”, 190 pounds and starring in the Arkansas State Athletics Association, the all-black athletic association counterpart to the Arkansas Activities Association before sports integration.

He’s earned the nickname “The Red Baron” because he wore red knee pads and was an accurate shooter like the famed World War I ace. “He could shoot the ball, drive the ball, Jackie could do it all,” recalls Lee Hardman, who played against Ridgle in high school. “His basketball skills were so smooth. He could bring the ball down and dribble it like he was a 5’8” guard.”

Leaping was the most spectacular part of Ridgle’s game. In a phone interview, Hardman recalls him as the first player he’d ever seen gather a rebound off the backboard and slam it on the way down. “He was an amazing jumper,” recalled Alger Nash, Ridgle’s high school coach, in Untold Sports Stories: Black Sports Heroes Before Integration. “I did see Jackie put his elbows on the rim.

William Scales, about six years younger than Ridgle, recalls he invited local kids and teammates over to his house. “Jackie would have pickup basketball games in his front yard and the goal would have been like a wheel rim. The 8th and 9th graders would just watch him play and sit in awe.”

The rest of the state soon joined them. In 1966, in the Arkansas State Athletics Association tournament in Pine Bluff, Ridgle led Martin High to its first state title.

Word spread nationwide about Ridgle’s exploits in his senior season as he averaged 30.4 points and 13 rebounds per game. He worked harder than ever before. School, study and basketball practice from 5 to 8 o’clock every night was only the start of it.

Jackie Ridgle earned his own keep, since his dad was an alcoholic and his mom had moved to Los Angeles in 1966. His principal, Fred Martin, hooked him up with a small home — so long as he paid the $20 monthly rent and his own utilities and food, according to a March 8, 1967 column by the Arkansas Gazette’s Orville Henry. Martin paid him $110 a month to drive a school bus at 5 a.m. and 5 p.m. every day, transporting some of the very same students who watched him in awe. He also cut hair on the side, said Scales, who paid Ridgle for a trim.

The need for such side hustles didn’t last long.

Duddy Waller, the Arkansas Razorbacks’ basketball coach, had been tracking Ridgle for months. Waller wanted to make him the school’s first black varsity athlete. Waller had never actually seen Ridgle play despite the fact UCLA’s legendary coach John Wooden had flown in to scout him. But Waller had heard enough good things that he felt Ridgle could be the first black sports star at the U of A. Principal Fred Martin, who had attended the U of A, also pushed for Ridgle to become a Razorback, Scales said in a phone interview.

Make sure to read the rest of the story in the most recent issue of Delta Crossroads. Click here and go to page 82.

If you’re interested in the history of sports in Arkansas, make sure to check out my groundbreaking book “African-American Athletes in Arkansas”