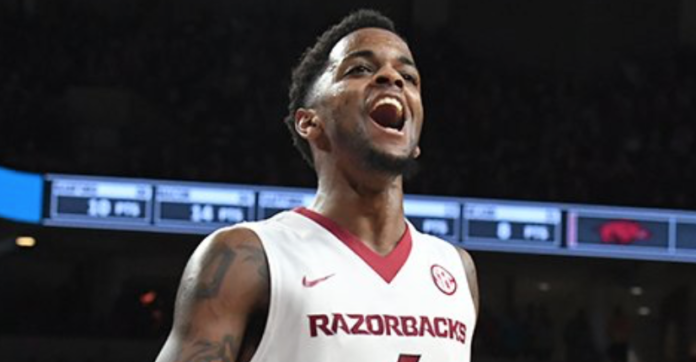 The first time I ever saw Daryl Macon play, he looked about as likely to make the NBA as Steve Urkel. As a freshman at Little Rock Parkview High, he looked light years behind Anton Beard — the first freshman point guard to start on varsity for an Al Flanigan coached team.

Macon was short and scrawny, physically out of the league of every varsity player around him. But for some reason Flanigan kept putting him into games. Eventually, over the next couple years, I realized there was a good reason.

Macon refused to back down to the bigger kids. He showed a kind of edge and bulldoggedness that Flangan’s coaching style fit perfectly. Eventually, Macon did more than just shoot threes. He developed into a starter, a state champion, a JUCO All-American and, of course, an All-SEC player for the Razorbacks.

Months after beginning his professional career, Macon is still unassuming. He’s still slight in build and fits into the crowd. Earlier this fall, during the Arkansas-North Texas football game, I ran into him at Razorback Stadium while he was getting a hot dog. I reminded him of the phone interviews I’d done with him in the past and how proud I was to see him become such a good player.

Since finishing his college career, Macon hasn’t yet hit the “big time” but he’s getting awfully close. Although undrafted, he signed a two-way player deal with the Dallas Mavericks, which means he will play in a few games with the Mavs but will spend the majority of the season playing with their G-League affiliate Texas Legends.

Such a five-month season contract is worth up to $506,215. So far, Macon has been well worth the paychecks. Already one of the best players in the G-league, he’s averaged 21.5 points, 3.7 rebounds and 6.7 assists a game.

The Little Rock native’s greatest assist, though, came on Christmas. Look at the gift he gave his mom:

You got your own place now momma. No sharing no nothing.
I got you forever✊?.
Merry Christmas Ma Dukes❤️ pic.twitter.com/GwQsDxbcly

This video ended up going viral, with even SportsCenter getting in on the retweeting action.

Who knows if highlights of Macon playing in the NBA will ever go viral as well?

The jury’s still out on what kind of impact he can have at the highest level. For now, it’s a moot point. The massive riches that the NBA generates have had a trickle down effect: Now, too, the best G-League players can realize part of the dream so many Parkview players have had while toiling away under Al Flanigan’s instructions.

Mothers love the fact they don’t even have to leave the country for it.