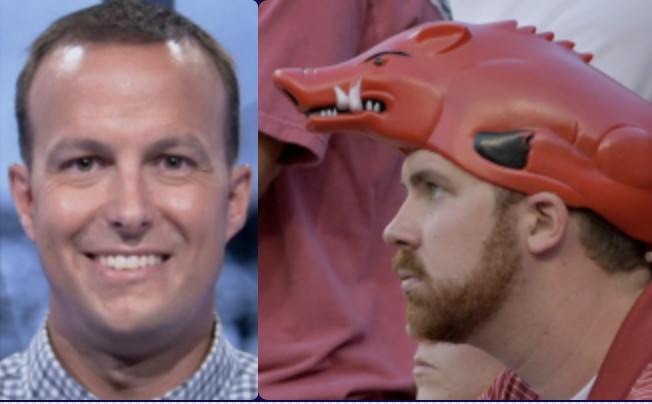 The last time the Arkansas football team took the field, it endured an early KO punch by a powerful Georgia squad that should win a national title this year.

Going into the Razorbacks’ next game, this Saturday at Ole Miss, isn’t a walk in the park but it’s supposed to be a lot easier than Hamburger Hill-type environs of Athens, Georgia. While Georgia’s ridiculously stout run game and deep offensive line was able to churn out yardage at will against Arkansas, Ole Miss isn’t nearly as strong up front.

Still, college football analyst Barrett Sallee expects the Rebels to overpower the Hogs with an explosive offensive and deliver a KO of their own with the elite arm of Heisman hopeful Matt Corral.

“They strike like a snake, like a cobra,” Sallee said on the Buzz 103.7 FM. “At certain times when a game with a team like Ole miss it turns from a seven point game to a 20 point game real quick.”

“I think that there are such a quick strike off offense that all it takes is one or two haymakers to swing the knockout punch.”

Ole Miss didn’t look too explosive the last time it took the field when it rung a meaningless 21 points against No. 1 Alabama. The Rebels essentially got the same Larry Johnson treatment that Georgia gave Arkansas.

Nor did the Ole Miss football players look particularly terrifying in the 2020 version of Arkansas vs Ole Miss when Barry Odom’s Razorback defense forced Corral into six interceptions. (Check out these highlights from that game other Razorback obliterations of Ole Miss.)

Even though Ole Miss only scored 21 points in the 2020 Hogs game, Sallee still feels like Ole Miss forced the Hogs to play their style of game.

Arkansas Football Not Up to the Task?

In 2021, on the road, “I think Arkansas is not necessarily built to do what Ole Miss is going to make it do,” the CBS analyst told Justin Acri and Wess Moore on the “The Zone.”

“And I firmly believe that in this day and age you can have as great of a defense as you want. You can have a fundamentally sound defense – you can have Georgia’s defense for all that matters – but at some point, you’re going to get forced into a shootout.”

“I think for Arkansas, that’s going to happen this week. And I don’t think it’s going to be able to keep up.”

That’s been for most of the teams that Lane Kiffin had his Ole Miss team played between Arkansas in 2020 and Alabama in 2021. In that span, the Rebels scored over 40 points six times (including four times over 50 points) with Kiffin’s up-tempo offensive schemes that incorporate plenty of RPO.

It’s a style that Sallee feels Arkansas won’t be able to handle on the road in a game in which they are -5.5 underdogs according to NCAAF odds for the Razorbacks.

Grant Morgan, one of Arkansas’ star linebackers, is ready to show that the defense’s performance in 2020 against Ole Miss wasn’t just some fluke. The Hogs can stymie Corral’s production again.

“To beat a team like this that’s pretty much 50-50 in running and passing, you have to take away one of them,” he told SEC analyst Jake Crain. “And to be able to control the game, you have to take the run game away. So our goal is to shut down their run.”

“They’re a really good run team. A lot of teams haven’t been able to shut down their run game. So it’s going to be a challenge for us and we accept the challenge and we’re going to hopefully go and do that.”

Grant broke down the Ole Miss offense a little more: “The way they play is very multiple. It’s kind of like our defense. They show so many different things, they screen so many times, they show so many motions.”

“Coach [Barry] Odom says all the time, football is an easy game. It’s just running and hitting the person with the ball.”

At CBS, Barrett Sallee is part of a strong majority who favor Ole Miss over Arkansas straight up. Here are the picks from the CBS experts:

“Arkansas’ lines didn’t hold up against Georgia, but there’s no need to read too far into that. The Bulldogs might be the best team in America. Against Ole Miss, Arkansas should be able to create some havoc.”

“Ole Miss defended the run well in nonconference play but allowed Alabama running back Brian Robinson Jr. to post 171 yards and four touchdowns on 36 carries in a featured role.”

“If Arkansas can control the clock by sitting on the game, it will make Ole Miss’ game plan much more difficult.”

Of course, it’s always fun to hear from Houston Nutt on this game, given the ol’ rascal coached at both schools. Here’s his take:

How to watch Arkansas vs Ole Miss

Notes on Arkansas vs Ole Miss

He made his 100th career catch against Georgia last week and became the fastest Hog to 100 receptions since 1997.