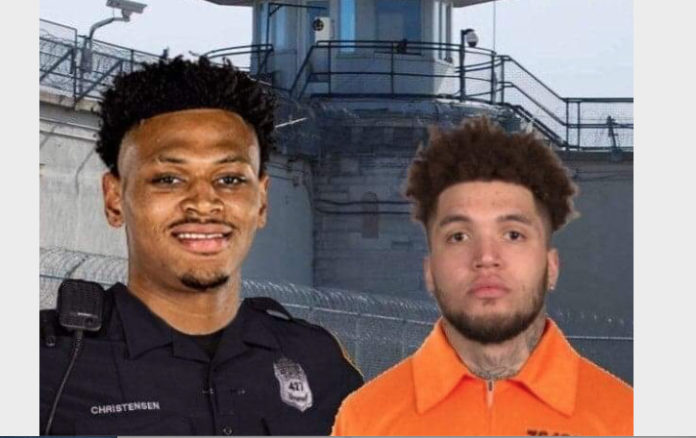 Forty-three years ago, the Arkansas Razorbacks under Eddie Sutton squared off in what would now be called the Elite Eight against Larry Bird’s Indiana State squad.

In the first half, Bird put on a show, scoring much of the 31 points with which he would ultimately finish. In the second half, though, Sutton decided to put senior Sidney Moncrief – who would later win the NBA’s Defensive Player of the Year award twice – on the Sycamores’ superstar.

Moncrief, despite giving up five inches to Bird, scored 24 points in the game but also produced a defensive masterpiece, holding Bird to only two field goals in the last 14 minutes. Ultimately, Arkansas lost on a last-second jumper but Moncrief’s efforts in nearly shutting down one of the greatest players the game has ever known were universally praised.

Afterward, Sutton admitted he made a tactical blunder in not putting Moncrief on Bird sooner. “We made a mistake. If we had to do it over I’d start Sidney against Bird,” Sutton said. “The question before the game was how long Sidney could cover Bird without fouling out.”

Fast forward to Saturday night, and the Razorbacks were again fighting a smaller mid-major team to advance in the NCAA Tournament. This time around, the New Mexico Aggies had nobody as great as Larry Bird, but they did deploy a very dangerous guard in Teddy Allen who had shredded UConn the game before.

As the emotional leader of the Aggies, Musselman knew that slowing Allen was the key to the game. Unlike Sutton had done with Bird, Musselman decided to sic his best defender on the college star from the tip-off.

In Saturday night’s slugfest win over New Mexico State, Toney was not needed on offense as much Moncrief had been in 1979, but he was every bit as great defensively.

Before the game, Musselman said, ‘You’ve got a big responsibility,” Toney recalled afterward. “The man can play ball. He is a bucket-getter, so my mindset was just to keep him under control and not let him get loose.”

Against Teddy Allen, Musselman used a strategy he had employed against Kobe Bryant back in his NBA coach days – forcing the star to different sides of the court and springing random double teams from different angles. “I didn’t know if we were giving [Toney] too much,” Musselman said afterward.

“I was worried about it today at the team meal, even as late as 4:00. Did we try to squeeze too much in? But when you demand a lot, it’s amazing what people can retain.”

No kidding. Toney retained and executed the plan to near perfection, holding Allen to only 5 points in the first half and 12 points on 31% shooting in 39 minutes overall.

That wasn’t what Teddy Allen, who averages about 20 points per game, was expecting. “He started getting a little frustrated,” Toney said. “That was my key to just keep doing what I was doing.”

It was enough to warrant a postgame callout in the Arkansas basketball locker room:

Next up for Arkansas is the Sweet 16, where he Hogs will face No.1 Gonzaga. Toney’s next assignment will likely be the Bulldogs’ most important guard, Andrew Nemhard. Nemhard, who hit half of his threes and scored 23 points vs Memphis on Saturday, is a big part of Gonzaga becoming the nation’s top offense.

BUFFALO, N.Y. – For the first time since four straight trips to the Sweet 16 from 1993-96, the Arkansas Razorbacks are headed back to the Sweet 16 for the second consecutive season thanks to a hard-fought 53-48 win over New Mexico State inside KeyBank Center on Saturday night.

The Razorbacks and Aggies put on a defensive clinic with a trip to the Sweet 16 on the line. Both teams struggled to score in the first half until, a 10-0 Arkansas run finally provided some separation. The Hogs held the Aggies to just 24% shooting in the first half, including 2-for-15 from 3-point range. The defense allowed Arkansas to take a nine-point lead into the break but defense was the theme of the night, including the second half.

New Mexico State battled back to open the second frame, applying defensive clamps of their own and holding Arkansas to just three made field goals over nearly the first 12 minutes of the half. While the Razorbacks were struggling to score, the Aggies chipped away at the lead to finally take their first lead of the night 33-32 with an and-1 from Johnny McCants.

The Razorbacks’ response changed the game for good. Jaylin Williams immediately answered McCants’ three-point play with a pair of free throws to put Arkansas back in front. Two more free throws from JD Notae pushed the lead to three and a 3-pointer from Stanley Umude kept it rolling. Au’Diese Toney’s breakaway dunk capped the 9-0 run and swung momentum the Hogs’ way with 6:06 remaining.

For the second straight game, free throws made the difference down the stretch. Toney’s slam that capped the 9-0 rally would be the last Arkansas field goal of the night but the Hogs iced it from the charity stripe making 9-of-10, including 4-for-4 from Chris Lykes, to seal the victory.

The Razorbacks’ defensive lockdown of New Mexico State’s Teddy Allen was impressive. After scoring 37 points against UConn on Thursday, the Hogs held Allen to just 12 points on 5-of-16 shooting.

The Razorbacks advance to the Sweet 16 to take on top-seeded Gonzaga. The Hogs will travel to the West Coast regardless to play inside the Chase Center, the home of the Golden State Warriors, on Thursday, March 24.

Arkansas allowed the second fewest points for a first half in an NCAA Tournament game, allowing just 20 points. The Razorbacks’ school record is 18 against Wyoming in 1941 – the Hogs’ first-ever NCAA Tournament game. (HogStats). Of course, Arkansas wasn’t too pretty on offense either:

Jaylin Williams broke the school record for rebounds by a Razorback in the NCAA Tournament with 15 boards. Five different Hogs were tied for the record with 14, including Justin Smith who matched the mark last season.

JD Notae’s eight steals set a new career-best mark, passing his previous of high of seven vs. Mercer, and matched the Arkansas record for steals in an NCAA Tournament game held by Alvin Robertson, who did it twice. (via Razorback Communications)