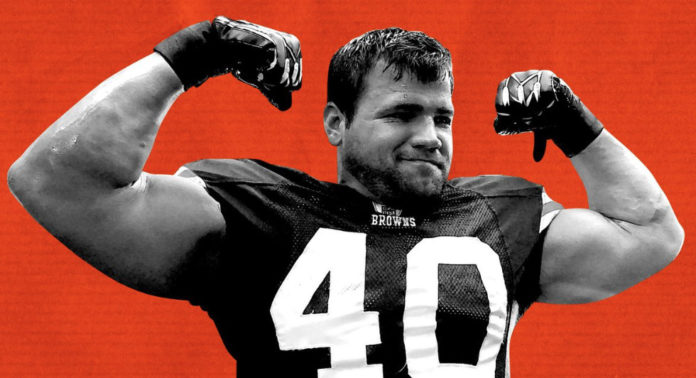 Arkansas’ football program has had its share of high-profile NFL Draft picks with the likes of Darren McFadden, Dan Hampton, Lance Alworth, Steve Little and more. However, there are several other former Razorbacks who weren’t drafted as high but still enjoyed NFL success, even more so than some of their highly drafted counterparts.

These are the best NFL Draft value picks in Razorback history – guys who picked later than they should have been, and then delivered above and beyond what’s typically expected of that draft slot in the pros.

Perhaps Jonathan Marshall will one day join their ranks after the former Hog was the only Razorback taken in the 2021 NFL Draft. The lineman definitely has the physical chops to stick around with in the pros after testing as the most athletic of all draft-eligible defensive tackles.

After starring for the Hogs and helping them to back-to-back Southwest Conference Championships in 1989-90 Foster left Arkansas after his junior season. The Pittsburgh Steelers snagged him, and it paid off for them. The 5-10, 223-pounder was a two-time Pro Bowler in 1992-93 and was a first-team All-Pro in 1992.

Foster also earned UPI AFL-AFC Offensive Player of the Year in 1992 and the Steelers team MVP the same year.

Foster played three more years in Pittsburgh while battling injuries and was traded to the Carolina Panthers in 1995, but he was cut and didn’t play for the Panthers. He finished his career with nearly 4,000 years and 26 touchdowns averaging 4.3 yards per carry.

The All-American tight end left The Hill as one of the all-time great Hogs to play the position.

Henry is the highest pick on the list at 35 overall, but the point is with his credentials and potential, he shouldn’t have been available to the Los Angeles Chargers in the second round. Even after enduring a season-ending injury in 2018, Henry has established himself as one of the great NFL tight ends as he has caught 196 passes for 2,322 yards and 21 TDS since the 2016 season.

Henry signed a lucrative deal with the New England Patriots in the offseason and looks to add to his legend as one of the top Arkansas NFL players ever.

The Pittsburgh Steelers took a flier on Winston, a Forrest City native and one of the great Hogs linebackers in school history. He played five seasons of his first stint there, winning two Super Bowl rings.

Winston’s claim to fame in The Steel City was starting outside linebacker in place of the injured star Jack Ham in Super Bowl XIV. Winston played for the New Orleans Saints form 1982-85 and finished his career back in Pittsburgh in the 1985 and 1986 seasons.

Flowers was one of many underrated gems New England Patriots Coach Bill Belichick has mined through the years. Flowers won two Super Bowl rings in New England and was named to the Patriots 2010 All-Decade Team. His four standout years in New England earned him a nice deal with the Detroit Lions in 2019.

He could continue to add to his value if he can figure out a way to thrive in The Motor City.

Barrett landed in Arizona and earned a spot on the Cardinals roster and became a dependable NFL cornerback for nine seasons.

The star do-everything back with the Hogs saw his stock drop in the draft, but the Denver Broncos took a chance on the Conway native. Hillis started in Denver as a rookie at fullback and running back due to injuries and did well but then his season ended with an injury. His playing time dwindled his second season.

Then, Peyton Hillis was traded to Cleveland and made an immediate impact rushing for more than 1,000 yards and landing on the cover of popular video game Madden NFL 2012 – becoming the only Hog to enjoy the honor.

However, he never achieved the same measure of success again in stints with Kansas City, Tampa Bay and the New York Giants. He ran for 2,832 yards, 23 touchdowns and more than 1,000 receiving yards and three receiving touchdowns for his career.

The Fayetteville High School alum was a surprise hit in his rookie season in San Francisco. Greenlaw landed on two different All-Rookie teams. He has accumulated 178 tackles and two sacks in his first two seasons. Greenlaw has a chance to move up this list after a stellar start to his career.

Many probably didn’t think Curl would make the Washington Redskins roster, let alone make a major impact last season. The Muskogee, Okla., native racked up 88 total tackles, two sacks and a touchdown in an improbable rookie year that was made possible when starting safety Landon Collins was sidelined with an injury Week 8.

After a stellar start, it will be interesting to see if Curl continues to make a name for himself and become a fulltime starter in the NFL.

The former Hogs All-American kicker is the only special teams player on the list. Cox was primarily a punter and kickoff specialist for the Cleveland Browns, but the Charleston native hit a 60-yard field goal in a 1984 game against Cincinnati.

Cox ended his NFL career with four seasons with the Washington Redskins and won a Super Bowl ring. Cox boomed 386 punts for an average of 42 yards.

Harris was one of the more decorated offensive linemen in Hogs history earning All-American honors and is a member of the Razorbacks All-Century Team and Southwest Conference Hall of Fame.

While wasn’t a high draft pick of the Green Bay Packers, but carved out a solid six-year career with the Packers.