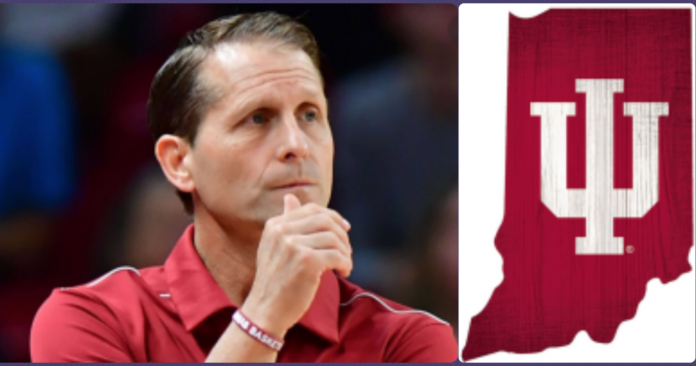 In the Razorbacks’ Eric Musselman era, Indiana basketball has given more to Arkansas than it’s taken.

Arkansas’ December 2019 road win at Indiana was the most impressive of Musselman’s first season, hinting at the immense promise on which Musselman has lately begun to deliver.

Then, in the summer of 2020, former Indiana forward Justin Smith transferred to Arkansas. He has emerged as the Razorbacks’ best inside player and at a major catalyst in No. 8 Arkansas’ recent winning streak of 11 SEC games.

Now, however, Indiana isn’t such a giving mood.

In the hours after news broke that Indiana basketball coach Archie Miller had been fired, a few names emerged as the most attractive candidates that the program would likely target in the coming weeks.

Musselman, one of the nation’s hottest coaches after leading Arkansas to regular season heights not experienced in 26 years, is in the middle of many of those lists.

Other insiders are also throwing out Musselman’s name.

“The names that have come up already to me are Chris Beard, Nate Oats, Eric Musselman. So you’re talking about people who are established head coaches at the high major level, certainly not at programs that expect to achieve at quite the rate that Indiana does, but coaches with a proven track record at the high major level.”

Many Arkansas fans would disagree with being looped in with Texas Tech and Alabama when it comes to historic expectations for success.

Sure, in recent years, Texas Tech has achieved more success. But even with that 2019 run to the title game, the program has totaled only seven Sweet 16 runs all-time.

Alabama, meanwhile, has only made seven Sweet 16 runs and has never advanced past the Elite Eight.

Arkansas, with 11 Sweet 16s and a national title, isn’t at the level of Indiana (22 Sweet 16s, 5 national titles) when it comes to basketball tradition and prestige. But it’s clearly  punching at a higher weight class than Texas Tech and Alabama historically.

The Athletic’s Seth Davis includes Oats, Beard and Musselman in his call list of 11 names for the job.

He says that Indiana native Brad Stevens, the current Boston Celtics coach, is the Hoosiers’ pipe dream that likely won’t come true: “Stevens makes well over $3 million a year with the Boston Celtics, and despite the Celtics’ poor play this season, he has plenty of job security there. Even if the Celtics fired him, Stevens would have his choice of NBA vacancies. As an NBA coach, Stevens doesn’t have to deal with recruiting, academics or the NCAA’s Talmudic rulebook.”

He also lists a few mid major candidates like Steve Alford, who replaced Musselman at Nevada two years ago.

Davis writes that Alford, who won a national championship as an Indiana player in 1987, wouldn’t be a home run hire for Indiana athletic director Scott Dolson. But he could stabilize the program after its recent struggles, fulfilling a role similar to what Mike Anderson did for Arkansas basketball coming out of the John Pelphrey wilderness.

When it comes to Eric Musselman as a Hoosiers coach prospect, “Musselman has deep roots in the NBA, having been a head coach with the Warriors and Kings, and he has shown he can kickstart college programs at Nevada and Arkansas,” Davis writes.

“He has unlimited energy and charisma.”

“The problem is that he’s only in his second season at Arkansas, so his buyout [$5 million if Musselman leaves before April 30, 2021) is going to be considerable. Also, Musselman would have to leave a secure job where he can win and take a job where winning and security have been hard to come by.”

“If Dolson goes after Musselman hard and doesn’t get him, he could lose some face, so he has to be careful not to let Musselman use him to get a raise.”

Currently, Eric Musselman sits at the bottom of the SEC with a $2.5 million annual salary for five years.

Archie Miller, by contrast, was on a $3.350 million a year contract.

No question, Musselman is in line for a major raise given his success and what’s happening in Alabama where Oats got a raise to $3.225 million a year. This opening at Indiana should open the coffers more.

And Indiana isn’t the only blue blood program that will likely have an opening soon, which will put even more pressure on a deal that satisfies Musselman.

Will Eric Musselman Get His Big Raise Before It’s Too Late?

When it comes to Oats as an Indiana basketball target, Davis adds: “Everything I wrote about Musselman can be applied here, including the fact this is Oats’ second season at Tuscaloosa. Alabama just gave Oats a contract extension, so he’s probably too expensive and unwilling to make the change.”

Another Indiana insider who has Musselman high on his list is Alex Bozich, co-founder and editor of Inside The Hall, a Hoosiers sports outlet.

Bozich lists other possibilities like Thad Matta, Scott Drew and John Beilein. When it comes to Musselman, he writes:

“The work Musselman has done in restoring Arkansas to prominence is impressive. He’s been a head coach in the NBA, an assistant coach in the NBA and also had Nevada rolling before taking the job in Fayetteville back in 2019.”

“Musselman has experience building rosters via transfers, which is going to be even more important moving forward in college basketball. Musselman has an outstanding career record as a college coach at 152-52 overall, a winning percentage of 74.5.” 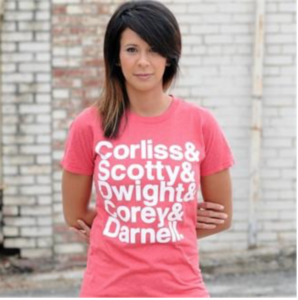 Indiana boosters will ante up more $11 million to buy out Archie Miller.

The Hoosiers fans are desperate for a winner after seeing their program drop off in recent years in ways that Hog fans can sympathize with. But even Arkansas has never experienced the shame that has occurred in Indiana after the Hoosiers finished 7-12 near the bottom of an ultra-competitive league.

“You have the best season in Big 10 history. Nine teams going to an NCAA tournament in the state of Indiana with tournament games in your building, and Indiana is not in the NCAA tournament,” CBS Sports’ Matt Norlander said.

“To me, there are many aggravating factors. That one in particular probably was a straw that broke the camel’s back” when it came to Miller’s firing.

When Indiana goes after Musselman and other top targets, money will not be an issue.

“The programs that want to be good, they make it happen. They are willing to basically do almost anything in a cut throat kind of way. You see this a lot in college football and you see it to a certain extent in college basketball, Norlander added.

“And IU is demanding that it remain at the big boy table in the lunchroom here. So we’ll see who they can get.”

Miller’s firing “tells me behind the scenes Indiana is really confident it’s got a one, two, three option that it can get, and in doing that, it would hire a significant coach that would be praised at a level just about what Archie was just four years ago.”

Of course, Miller was just the latest in a series of five coaches over the last 21 years.

Musselman has spend two years building something special at Arkansas, so it seems very unlikely he would want to throw all that momentum away to start anew at a bigger program. Plus, it’s likely as Musselman’s contract is renegotiated , Arkansas’ boosters can match anything Indiana’s boosters can offer.

In the end, if Musselman really wants to leave Arkansas, he will. Perhaps it’s for Indiana, or perhaps a future opening at Duke, UCLA or in the NBA.

A large buyout won’t stop him.

But the guess here is he will stay. Two years isn’t long enough to make the kind of mark Musselman burns to make.

Plus, nothing indicates so far he wants to leave the area. By all accounts, he and his family enjoy northwest Arkansas.

If Arkansas makes a deep run in the NCAA Tournament, they will enjoy it all the more.

Odds for Next Indiana Basketball coach

Sportscaster Aaron Torres discusses Eric Musselman as a candidate in depth at the 10:52 mark below. He mentions Arkansas as a “significantly hotter brand” than Indiana right now.

Arkansas vs Colgate Preview: Raiders Can Tweet For Help, But They Can’t Hide