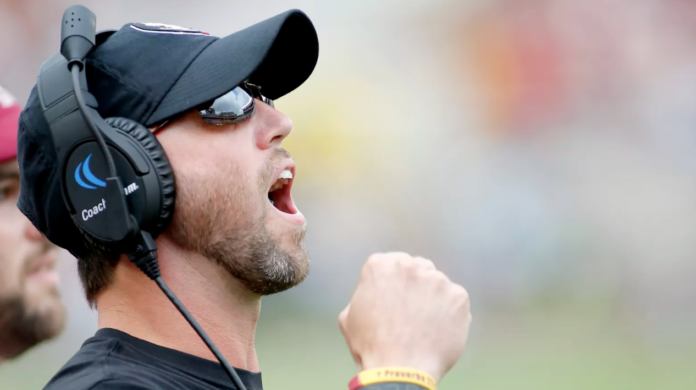 Without the benefit of actual spring practice, the closest Hog fans get to “real action” these days is talk about what said action will eventually look like. So, much of Hog Nation was tuned in to what Arkansas offensive coordinator Kendal Briles and defensive coordinator Barry Odom had to say in a recent teleconference.

One thing became clear during their talk. The current pandemic has had a major impact on their jobs and has has deeply altered preparations for the upcoming season.

Nobody, from the coaching staffs to the athletic directors to the NCAA and conference commissioners, knows when the next season will start — whether that will be in the fall of 2020, the spring of 2021 or even the fall of 2021. “It’s too idealistic at this point to think we are going to be able to have 80,000 people in stadiums in all 50 states with all universities in the FBS having in-person classes in the fall as opposed to continuing school online,” one high-ranking college official told Yahoo’s Pete Thamel.

So, Razorback coaches couldn’t give specific answers because the current situation of the world has left them with more questions than answers themselves. They have not been able to practice and admitted to not knowing what they have with their current roster.

Still, Barry Odom gave details about the defensive scheme. He said there will most likely be multiple schemes the team uses during the season instead of one central scheme.

The players that will be on the field have not been decided. Odom said he could not give a depth chart yet which shows that starting jobs are still open. Players will have to compete in practice for playing time.

Kendal Briles spoke on the changing offensive scheme. He said the terminology, signals, and tempo will all be different this season. There will be a completely different offense.

Briles really likes senior running back Rakeem Boyd. His relationship with Boyd goes back further than this past season as Briles tried to recruit him when he was coaching in Texas. He thinks Boyd is an all-around back with power, stamina, and elusiveness. Briles admitted that he does not want to beat up Boyd in the field so that Boyd will be healthy when the 2021 NFL Draft comes around.

Another key player to the offense this upcoming season is Feleipe Franks. He is a graduate-transfer quarterback from the University of Florida. Briles stated he has not been able to see Franks throw a football, a skill he noted, perhaps sarcastically, is pretty important to playing quarterback.

One other key component to the team that has been affected is the recruiting. Coaches have not been able to watch potential recruits work out and compete at combines. Some players that are on the bubble in recruitment have been hurt by the lack of opportunities to prove themselves. They are unable to answer college coaches’ questions about their abilities.

The lack of practice has given the coaches the opportunity to go more in detail and be more fundamental when teaching the players. The offensive line is going slow and taking a very detailed approach, so they are slightly behind the rest of the offense.

Both coordinators, naturally, applauded new head coach Sam Pittman on his leadership. They said he gave them structure and organization in a time when there is no structure or organization. They were thankful for him and said he is doing a remarkable job in an unusual time where there was no handbook for how to handle it.

Barry Odom also said how well the coaching staff was meshing, while Kendal Briles enthused about the strength and conditioning staff, calling it one of the best in the country.

There are a lot of questions surrounding the 2020 football season. Even the coaches are in the dark. Everyone will have to wait and see how it all plays out.