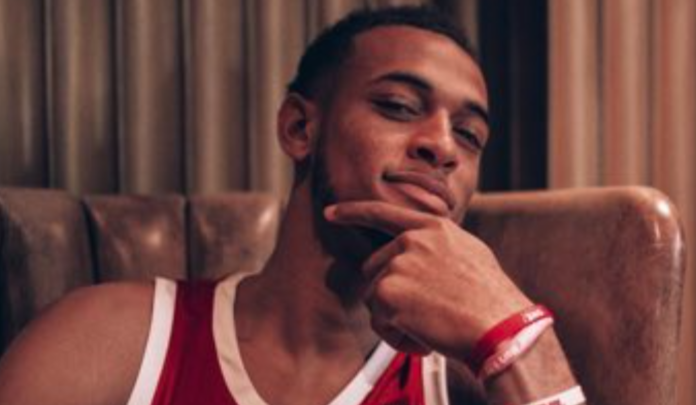 Daniel Gafford, the Hogs’ star center, just earned third-team, mid-season All-American honors from The Sporting News. That’s no surprise, given his averages of 17 points, 9.3 rebounds, 2.1 blocks and 66% shooting. When it comes to entertaining the masses, though, he’s proven to be a hands down first teamer.

There are, first and foremost, the dunks. No Razorback outside of Michael Qualls has brought the thunder with such force as Gafford.

Then, there’s the drumming. A former drummer for the El Dorado High School band, Gafford has longed walked (and galloped) to the rhythm of his own set:

But Daniel Gafford upped his showman’s game at No. 3 Tennessee last night.

Through much of the second half, the Razorbacks were getting trounced by a margin of around 25 points. Gafford fouled out with 4:33 left. He was clearly frustrated, having only played only 20 minutes and logging 10 points and 7 rebounds.

Gafford eventually did sit to watch the Hogs finish semi-strong in the last few minutes and close the final margin to 106-87.

Was Gafford’s joking appropriate for the moment?

It’s good to remember the circumstances. Gafford had played hard and serious while on the court, where it of course matters most. He mostly outplayed his counterpart Grant Williams, Tennessee’s 6’7″, 240 pound big man, except for the fouls he committed against Williams (Williams finished 2 of 7 from the field, but 14 of 14 from the free throw line).

After the game, Mike Anderson said Gafford “got fouled, but they didn’t call it. He got knocked around. Being physical’s one thing, but I thought they [the Hogs] got pushed around pretty good.”

Anderson admitted the Vols “did a pretty good job of putting bodies on him,” which allowed Gafford to make some passes to teammates. Unfortunately, the Razorbacks on the receiving end didn’t finish often enough.

Plus, Daniel Gafford came back for his sophomore season to not only improve his NBA stock and help the Razorbacks but to enjoy being a college kid. And basketball is, after all, just a game.

College kids should be allowed leeway in having good-natured fun ribbing opponents, so long as said leeway doesn’t extend into allowing the public acquisition of phone numbers from opponents’ dance squad members.

Still, the Hogs’ struggles are no laughing matter. They are a talented team that isn’t yet close to maximizing their potential. The persistent gap between potential and performance in January SEC games during the Mike Anderson era aggravates many fans.

I want your thoughts on the matter. Let me know with the poll below!

What Mike Anderson Said After the Tennessee Loss