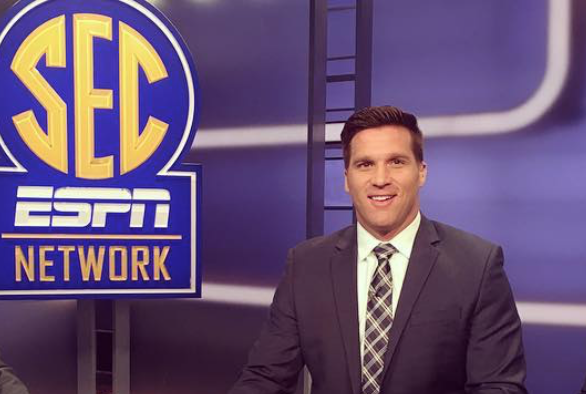 When it comes to SEC era Razorback football, nobody is more intimate with the highs and lows than Clint Stoerner. The former Razorback quarterback experienced the highs of Houston Nutt’s first season, when Arkansas was just minutes away from beating No. 1 Tennessee on the road and on the brink of playing for a national championship.

But, with a stumble and fumble etched into the mind of every Hog fan of a certain age, Stoerner was front and center in the lowest point of those “golden days” for SEC Hogs football.

Even in the two decades after his playing days, he still stays close to the program as football analyst for the SEC Network, Buzz 103.7 FM and other outlets. The man knows his football.

And he’s no sunshine pumper. When it comes to last Saturday, when underdog San Jose State crumpled Arkansas into a papier-mache ball, Stoerner doesn’t mince words:

“The quarterback didn’t play well. The running game stunk. The offensive line didn’t play well. But I felt like the adjusting — the reaction to the situation was very, very poor from the coaching staff all the way down. I didn’t feel like the coaching staff did the job of putting these guys in positions to ultimately win that game, once you saw that it was going a little bit south from the original plan. “

Yes, it looks like the program is now at a new rock bottom, the nadir of what had already been a low-point era. But Stoerner believes now is not the time to panic.

“It’s way too d*mn early to be talking about coaching changes,” the 41-year-old recently said on 103.7 FM’s “The Zone.” “That’s what losers do when something goes wrong and adversity strikes. You automatically start talking about the coach losing his job and hire a new guy. Get him out of here.”

What is Chad Morris’ buyout?

If Arkansas were to fire Chad Morris, the Razorback athletic department would indeed prove to be losers — of a significant amount of money.

“If terminated without cause before Jan. 1, 2023, Morris would be owed 70 percent of his remaining salary and ‘other compensation.’ After Jan. 1, 2023, he’d be owed the full $3.5 million salary, covering the final year of the contract,” Barnett writes.

If Morris were to let go at some point later in 2019 , then the buyout would fall somewhere between $7 and $9 million.

Of course, Arkansas would not be paying just Morris. It would still be paying his fired predecessor, Bret Bielema, whom Arkansas owes $320,000 a month through the end of 2020. Paying two coaches upwards of half a million per month, plus paying a third new head coach and his staff on top of that, would qualify as irresponsible management of a football program. Plus, “asking a third coach to win with a roster built by two different coaching staffs with wildly different philosophies is a recipe for nothing but further dysfunction,” Barnett adds.

If the best bet in the short term is for Morris to stay, how can the Hogs improve under his leadership? One easy solution: Call more short to mid-yardage routes in which the quarterback can hit playmakers Rakeem Body, Mike Woods, Treylon Burks, Trey Knox and CJ O’Grady in stride.

Right now, Nick Starkel is throwing way too many long bomb attempts. He’s gone the exact opposite route of the much more conservative Ben Hicks, who simply wasn’t physically able to go deep.

“Every offensive lineman in the country is going to struggle when you take a snap and you hold the ball and you wait for the receivers to get 15 or 20 yards down field and then you try to drive it home,” Stoerner said. “Protect your offensive line by getting your backs involved in the pass game, by getting the ball out quick, by using shifts in motion and things like that. Pre snaps to create an advantage with quick throws — and there just was none of that [against SJSU]. It appeared to me that Arkansas felt like they should come out and force their will and throw the ball down the field on this football team.”

Here are some more excerpts from Clint Stoerner:

On the responsibility of offensive coordinator Joe Craddock:

The quarterback’s got to make better decisions, but the coordinator also has to understand, he’s got a guy that makes poor decisions driving a football down the field. And you got to help him with play calling. I didn’t feel like the play calling helped him. I think on the 4th and goal down there when they got a stop on the goal line.

On why it’s so important to throw more mid-range passing plays going forward:

We’re going to run some schemes to get the running backs out of the back field open on two throws. That saves your offensive line, that keeps you quarterback from making a decision to drop the football down the field. Get the football to your guys in open space and allow them to go make plays. I just feel like that wasn’t done enough, and there were plenty of opportunities.”

This is just the start of the talk between Stoerner and “The Zone” co-host Wess Moore. Catch more of the interview below:

Get the latest on Morris’ hot seat, and how Bret Bielema’s buyout situation may affect it, here: