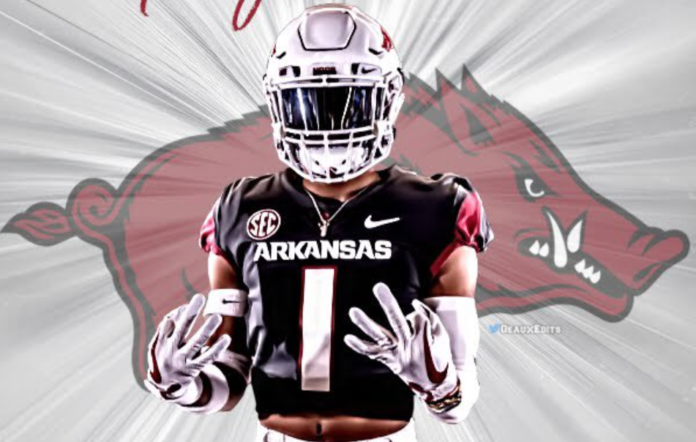 A good day for Razorback coaches just got better.

All throughout the morning, a flood of big-time three and four-star players signed with the Razorbacks, including three 4-star wide receivers who will shake things up for the better.

After a surprise afternoon signing, though, those receivers are going to get even better.

Four-star cornerback Greg Brooks, Jr. shocked the SEC football world by flipping from his commitment to Mississippi State and choosing Arkansas instead.

The Razorbacks coaching staff went all out to get Brooks to flip. Mark Smith and Ron Cooper had several in-home visits with 19th best player in Louisiana. John Chavis and Chad Morris sealed the deal in their last in-home visit, Nikki Chavanelle writes.

She adds it isn’t known if Brooks will take advantage of an early enrollment. “He’s eligible to graduate early but he has yet to decide whether or not he wants to stay in Louisiana one more semester to run track.”

The addition of defensive backs like Brooks to the mix will only make the Hogs’ wide receivers stronger in practice. And the sharpening of swords works the other way, too.