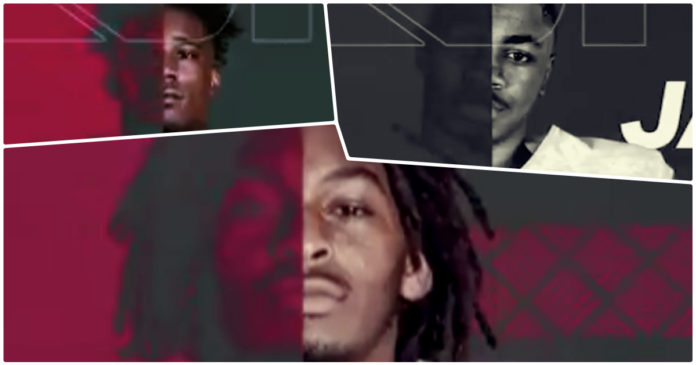 Some Arkansas fans will recall, with slightly misty eyes, the days of Anthony Lucas, Boo Williams, Greg Childs and Cobi Hamilton. If it seems like it’s been years since Arkansas had a big, quick, sure-handed wide receiver who could simply go get it, well, it has been.

Occasionally, someone like Michael Woods will pop up and give glimmers of hope.

But the production hasn’t been consistent.

That’s about to change.

Today, Arkansas began signing a Top 15 national recruiting class that should be the envy of all sub .500 teams across the history of college football. At least three of the signees are the type of game-changing receiving talents who have the potential to bring back visions of Childs, Lucas and the rest — and make fans very happy in the process.

Three Arkansas wide receiver signees who will do damage in 2019:

“He hasn’t developed a ton of the route tree to this point, but that didn’t seem to matter. His offensive utilization was 1 of 2 things; send him on a fly route and run past everyone on the defense, or throw it/hand it to him behind the line of scrimmage and watch him turn that into yards. He is deceptively fast. Long strides, gets past the defense with relative ease, but he isn’t just a burner. He also has solid hands and can high point and win 50-50 balls. Love what he does after the catch. This is where he can become elite. He is quick, has good vision and makes people miss either in space or running right at them due to his big body. He will be used in a plethora of ways and will be able to succeed in multiple roles. Want to put him in the slot? Want to line him up outside? Want him to run wildcat/end around/trick plays? It seems he can do all of these things.”

Shamar Nash transferred to the prestigious IMG Academy in Florida for his senior year, and he wasn’t targeted nearly as much there. In fact, on the season, he racked up only 9 receptions for 123 yards and 1 touchdown.

He shouldn’t have underutilization issues at Arkansas.

My prediction: He’ll match or exceed those 2018 numbers in at least one game in the first half of the 2019 season.

Just outside the top 100 recruits nationally, Knox is the highest ranked of Arkansas signees. Fellow Tennessean Shamar Nash, along with Blackman teammate Adonis Otey, committed to the Hogs earlier this year and played big roles in getting Knox on board, too.

He was one of Chad Morris’ first offers as an Arkansas coach, and was sold on the vision of resurrecting a legacy of great wide receivers from the Bobby Petrino days with the likes of Childs, Hamilton, Joe Adams and Jarius Wright.

“He strides with ease, he separates from defensive backs with physicality or technicality, he catches the ball well. On his film, he can run very fast. He wins so many 50-50 balls that DB’s can know are coming and it still doesn’t matter. Didn’t utilize a ton of routes on his film, but he can clearly do it given his success against Isaac Taylor Stuart and Max Williams, both high 4-star corners.”

This 4.4 burner produced at a high level in  each of his three varsity seasons. As a senior, he totaled 40 catches, 806 receiving yards, 15 TDs and 1090 all-purpose yards.

“Another tall and fast receiver that thrives in open space, it is not hard to see the blueprint for what this staff is looking for in its receivers. He will most certainly be utilized on short routes that get him in space as opposed to just outside. Could see him really thriving in the slot in this spread offense. Love his game, returns punts with jaw dropping elusiveness. Spins, jukes, stutters his way past defenders, making them look silly. Would like to see him separate more frequently, but has great hands and great feet.”

And here’s some of that sweet, sweet cinematic evidence you’re craving:

Below is some direct insight into the mind of TQ — why he’s riding so high on the Hogs staff, the future of Arkansas wide receivers, applying Kantian ethics to the life of a 21st century prep football star, that kind of thing.

First of all, there are more big catches coming down the chute. (Think Warren’s Treylon Burks.)

We missing one but y’all get the picture?.. Best In the Nation ? #Wps #SnagCrew pic.twitter.com/C2g4ZiqDin

How they respond to competition against guys just as big, fast and physical as themselves really determines how good they will be in college.

Arkansas football needs an attitude makeover in the worst way, and based on the below insight, these receivers will deliver it in spades. That attitude will be their biggest contribution before the ball kicks off for the 2019 season:

“He’s very musically inclined. There is not a song from gospel to heavy metal that he doesn’t know word for word … His work ethic has always put him in a position to win. He hates to come out of practice or miss a rep in the weight room. He competes in everything.”

“He’s a really good kid, he does a lot on his own that other people don’t see. There are days in the summer I pull up and he’s running bleachers, running around the track. He wills the team to stay in it. He’s just kept battling no matter what.”