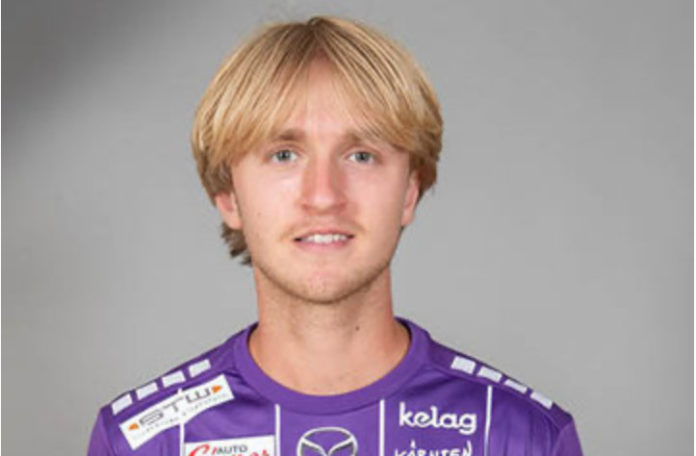 Back in June 2020, we identified 20-year-old Thomas Roberts as well on his way to becoming the best ever soccer player from Arkansas. It’s been just over a year since that report, and a lot has happened to the young US midfielder since that point.

Fast forward to December 2021 and Roberts has now become the first native Arkansan to play for a major European domestic league – the Austrian Bundesliga on the club SK Austria Klagenfurt. It’s a temporary loan deal for the moment with Thomas’ American team, FC Dallas, still retaining the player’s registration but the move says a lot about Thomas’ potential in the coming years.

It was a productive start to Klagenfurt’s season as it climbed to fourth place in the Bundesliga standings after the first 11 games of the season.

While there was a lot of positivity around SK Austria Klagenfurt, it was a frustrating period for Thomas Roberts who did not get off the bench for any of those opening 11 games. While manager Robert Micheu keeps a short rotation much like Arkansas basketball coach Eric Musselman, it seems strange that any European club would have gone through the trouble of loaning a player from Major League Soccer and not use him.

Fortunately, in the last few games, Klagenfurt is starting to actually use the Arkansan midfielder. He’s played in four matches since the start of November and got a season-high 45 minutes vs Sturm Graz.

Fourth place sounds like a respectable position and it’s certainly a good achievement for a team who were promoted from the Austrian second tier just a season ago. Within the country, however, the Bundesliga tends to be dominated by two teams.

While Austria Klagenfurt held on to that fourth slot, their tally of 14 points is some 17 points behind the league leaders RB Salzburg. Behind Salzburg, Sturm Graz are in second place with 23 points and then there was a clear gap to the third place team Wolfsberg on 15 points.

Because of those placings, it’s no surprise to learn that Red Bull Salzburg have been the red hot favorites to win the Austrian Bundesliga at the end of this current season. According to sbo.net, the best betting sites online show Salzburg in the clear and the only real challenge is expected to come from Sturm Graz.

The reality for Austria Klagenfurt and the rest of the chasing pack is that they must firstly finish in the top seven. That will see them through to the Championship Round which is, effectively, a series of playoffs.

As the games progress, sbo.net will continue to publish those markets for the outright winner of the Bundesliga and there will also be options to stake on every match. While readers are taking in news and opinion pieces from around the soccer world, they can also take things further by placing a bet if they wish.

The recommended sportsbooks on that page are open to new customers and many of them have some generous welcome packages on the table. There’s also the option to make deposits and withdrawals using a range of funding methods while each operator will have a number of ways to get in touch with customer services.

With the site also publishing news and opinion articles, readers can also make sure they are well informed before they head to those sportsbooks and place a bet.

Minor European places are still up for grabs so there’s plenty for Klagenfurt to play for. The question that interests us is whether Thomas Roberts will have any part to play in their campaign.

At 20 years of age, this remains a very early phase in the career of Thomas Roberts but it would be great to see him included in Austria Klagenfurt’s plans before too long. Having grown up in Little Rock, the midfielder has been with FC Dallas since 2013, making his senior debut for the MLS franchise five years later.

Unable to hold down a regular place in the Dallas side, Roberts went out on loan to North Texas SC for the entire 2019/20 season. While at the USL League One club, he did feature more regularly in a productive season.

He now needs to progress at the top level: Thomas Roberts may yet have a future in MLS and hopefully his recent uptick in minutes in Austria will pave the way to him playing a big role for FC Dallas closer to home in the future.