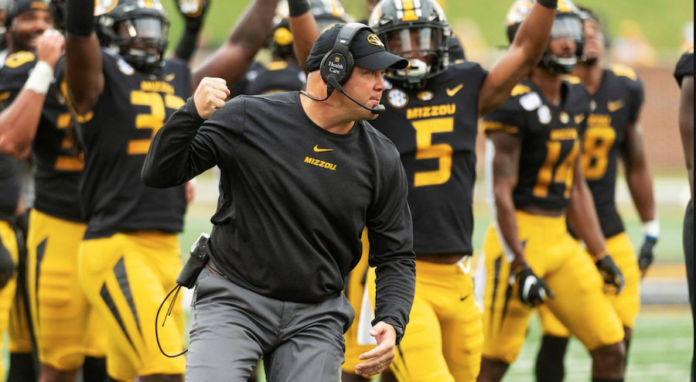 When I heard that Barry Odom had accepted the defensive coordinator position at Arkansas, two words came to mind:  “Respect” and “Confidence.”

When Pittman came to Arkansas with Bret Bielema, Nick Saban tried to hire him away.  A few years later, Kirby Smart DID hire him away.  These are two of the best coaches in college football and each wanted him to be on their respective staffs.

Yes, college football programs of all kinds have former head coaches on staff working as assistants.  But it’s not yet common for a former SEC head coach to work as an assistant on another SEC team’s staff — especially when that team is led by someone with no SEC head coaching experience.  Lane “Thank God We Didn’t Get Him” Kiffin is the only one who immediately comes to mind.

Pittman’s hire of Odom, following Smart’s hire of Pittman, following Saban’s attempt to hire Pittman all show that Pittman has a level of respect among his peers that few people enjoy in this industry.  I’m having a hard time thinking of a higher compliment.

It’s roughly equivalent to Lynyrd Skynyrd asking the Allman Brothers to go on tour with them, on the condition that the Allmans are the lead act.

While it isn’t exactly a crowning achievement, Barry Odom did beat Arkansas three times as a head coach and once as a defensive coordinator while he was at Missouri.  And did that with a bunch of players from Arkansas.

The guy knows how to put together a defense.

2018:  Ended the regular season with team ranked #23 and convinced Kelly Bryant to transfer to Missouri

Looking at his resume, I’m going to go out on a limb here and just say, “There’s NO WAY to look at this as anything but a GREAT hire.”

Obviously, Frank Broyles knew a lot about football.  He knew no matter how good your assistant coaches are, the head coach gets the credit if the team wins and the blame if the team loses.

Broyles put so many assistant coaches into head coaching positions that in Little Rock there’s an award given every year to the best assistant coach in the country.  He had the confidence to surround himself with quality staff even if it meant he may not have always been the smartest guy in the room.

I don’t know if this is Pittman’s strategy, although it’s a good one.  What I do know is that it takes a fair amount of confidence to hire a guy who led his own SEC team to #23 in the country just one year ago.

What I also know is that after leading three straight teams to bowl eligibility, Barry Odom probably could have landed another head coaching job somewhere and made more than he will at Arkansas — though he’s probably being made whole with a buyout deal from Missouri.

Still, after being the head man at a successful SEC program, the fact that he’s willing to work with what is currently the worst team in the SEC shows the confidence he has in Sam Pittman’s ability to get this program back on track. He wants to be part of that.

I don’t know how long he’ll be here, but for right now, he can do a lot to help us rebuild quicker than we would otherwise.

The respect and confidence that Pittman and Odom obviously share have me believing the Hogs are headed in the right direction.

Watch Paul Finebaum praise Pittman for the Odom hire in the last minute of this: