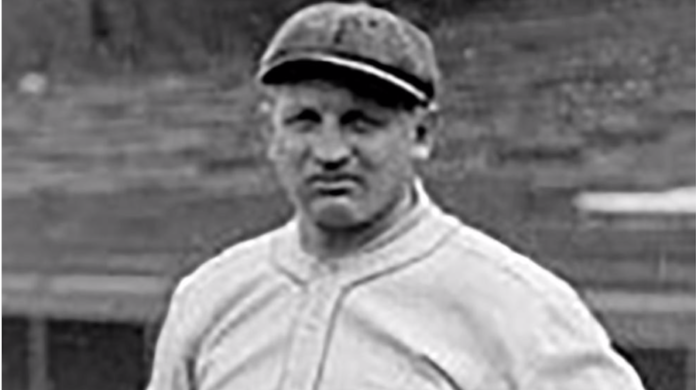 For such a relatively small state, Arkansas has produced a surprisingly high number of brilliant college football coaches, many of whom coached baseball and basketball as well. Below are six head coaches who found their way into the College Football Hall of Fame, either as a player or coach. We wedged in a few others too good not to mention.

They are the standard to which new Razorback head coach, Sam Pittman, will aspire:

The University of Arkansas football squad was known originally as the Arkansas Cardinals. Having seen the team play, Bezdek remarked that they played like a “wild band of Razorback hogs.” The name stuck, and the team has been called the Razorbacks ever since.

Awards: Hugo Bezdek was inducted into the College Football Hall of Fame in 1954.

Francis “Frank” Broyles served UA for more than half a century as a football player, coach, administrator and broadcaster. On the first anniversary of his death on August 14, 2017, the UA Department of Intercollegiate Athletics released a 14-minute tribute film that won a Festival King Foundation Award from the Broadcast Education Association.

After he retired from public life, his post-season life revolved around taking care of his first wife. Based on his experiences, Broyles published and distributed a guidebook entitled, “Coach Broyles’ Playbook for Alzheimer’s Caregivers.”

Broyles served 34.5 years as the Athletic Director for the University of Arkansas, which collected 43 national, 57 SWC, and 48 SEC titles as well as 22 bowl game appearances.

During his tenure at UA between 1958 and 1976, Frank coached 207 games with a W/L/T record of 144/58/5. He led the Razorbacks to seven conference championships and one national contest, which the team won, in 1964, the same year he was inducted into the College Football Hall of Fame.

Lou Holtz was born under the sign of Capricorn on January 6, 1937. Recovering from a minor car accident in October 2018, Holtz commented that, “Now I know how players feel when they are sore all over.”

Career: Succeeding Frank Broyles, Lou Holtz served as head coach of the Razorbacks from 1977 to 1983. He coached 83 games, winning 60 and conceding 21 for an overall percentage of .735. He was one of only three coaches to lead the Razorbacks to six bowl appearances in a row, including the spectacular upset when Arkansas best Oklahoma 31-6 in the 1979 Orange Bowl.

Awards: Elected to the Hall of Fame in November 2014.

Quote: “Ability is what you’re capable of … Motivation determines what you do … Attitude determines how well you do it.”

American football player and coach George W. “Tank” MacLaren was born on August 29, 1896. With a name like “Tank“, it should come as no surprise that he played fullback for the University of Pittsburgh, where he studied dentistry, from 1915 to 1918 under the legendary coach, Pop Warner.

In addition to being an All American in football, George was considered to be one of the greatest all-round athletes ever to come out of Pittsburgh. As well as filling the role of head coach for the Razorbacks (1920/1921), MacLaren coached football for Kansas, Cincinnati, and football and basketball at Wyoming. His overall head coaching record was: football: 30-55-8; basketball: 28-10.

Like many of his ilk, Francis Schmidt also coached basketball and baseball. During his football coaching assignments at Tulsa, Arkansas, Texas Christian, Ohio and Idaho universities, he amassed an impressive career record of .718.

Nicknamed Francis “Close the Gates of Mercy” for high scores and his “razzle dazzle offense,” Francis served as head coach of the Razorbacks from 1922 to 1928. He was inducted into the CFHF in 1971.

Quote: “Those fellows put their pants on one leg at a time, the same as everybody else.”

Bowden Wyatt has got to be one of the few football coaches with his own profile on IMDB. He is also one of only three College Football Hall of Famers ever to be inducted as both a player (1972) and a coach (1997).

He played at the University of Tennessee from 1936 to 1938. Wyatt is perhaps best known for transforming the Hogs into the 25 Little Pigs and for the Powder River Pass Play against Mississippi in October 1954.

For the most part, these men combined smarts, passion and ability to push their players to perform to their maximum potential. Arkansas is at its best when its student-athletes play at their scrappiest. They remind us of the famous Mike Ditka quote: “You’re never a loser until you quit trying.”