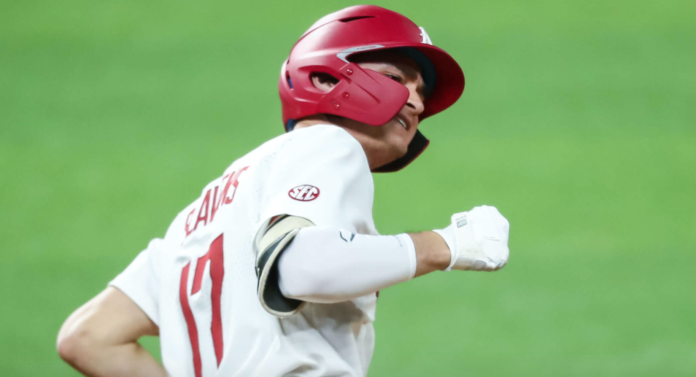 Followers of Arkansas baseball knew the good times were bound to end. Nothing lasts forever, and that especially includes season-opening undefeated streaks.

The No. 1 Razorbacks entered this past weekend riding the crest of a wave, brimming with confidence, and playing their brand of devastating ball.

Then the Razorbacks were finally brought low. Oklahoma brought the shutters down on Tuesday by clinching a decisive victory at Baum Walker Stadium in Fayetteville. Razorbacks were not able to live up to their the pre-game status as favorites for those using the Betus promo code. The scoreboard at the end of the night showcased an 8-5 victory for the underdogs.

That loss dropped the Hogs to 12-2. After the team played so well in previous weeks, fans will now be interested to see how the players react to defeat. Will they, as supporters hope, dust themselves down, take the loss on the chin and make a quickfire return to winning ways?

Perhaps doubt will begin to creep into the ranks as the players question their performances and wonder if the last few weeks has been little more than a hot streak of good luck. The kind all teams enjoy from time to time.

How the Razorbacks respond to defeat is crucial

A degree of soul searching will be required before moving on. The Arkansas baseball coaching staff will sit the players down and pick apart their performances during that loss.

In the past five games, their batting averages have nosedived. Franklin is down to .255, Goodheart at .250 and Smith is down to .244.

“We’re not nearly as good as we can be,” baseball coach Dave Van Horn said. “Offensively, we’ve got some older guys hitting .250, .255, .245. Those guys got to get it going. They know who they are. Those are our older guys, they’re guys that are supposed to lead us. Hopefully we’ll kick it into gear.”

A few other players are struggling, notably Jalen Battles. The junior shortstop has hit 2 for 13 with 5 strikeouts over the last five games.

The Razorbacks know players aren’t made when things are going well. Stars are born during the tough times when the best players can continue without doubting, even for a second, their ability. A winning mentality can emerge defeat as well as victory.

There is no time to dwell on the result or drag out the review before the SEC season starts on Friday against Alabama. The Razorbacks aren’t even yet halfway through a season that holds great promise. Despite this recent stumble, it still looks like a return to the College World Series is very much in the cards.

What were the few positives the team can take from the loss to Oklahoma? Hogs fans would’ve been impressed by the strong showing and continued efforts of Brady Slavens.

He also worked to force his team back into the game with a three-hit and four RBI game but it wasn’t enough to help maintain his team’s winning ways.

The first baseman has a bright future in the game after a jaw-dropping successful career at the JUCO level. His fighting spirit and talent has been a source of pride for the team this season and his performance in midweek was no different.

Van Horn hopes the team’s other stars can start hitting like him.

“You just practice, work on things, watch video and show them what they’re doing wrong,” Van Horn said of the struggling Razorbacks. “Sometimes it’s just mental. They start second guessing themselves and you can kind of see it in body language when things aren’t going their way. It’s a tough game, it’s a long season, but for us to do well in league play, we’ve got to have our veterans swing the bat.”

Arkansas didn’t go down without a fight.

Down 8-4 in the eighth, the Hogs received a spark from Robert Moore. The second baseman launched a leadoff home run to right field to make it a three-run ballgame.

To start the ninth inning, the Razorbacks put two men on base, including Slavens on his third hit of the day. They brought the game-tying run to the plate.

The next three hitters, however, would go down swinging and strand both base runners as the Hogs fell, 8-5.

Ole Miss Crumbles in Crunch Time as Arkansas Baseball Shows Nation It Is Clearly No. 1