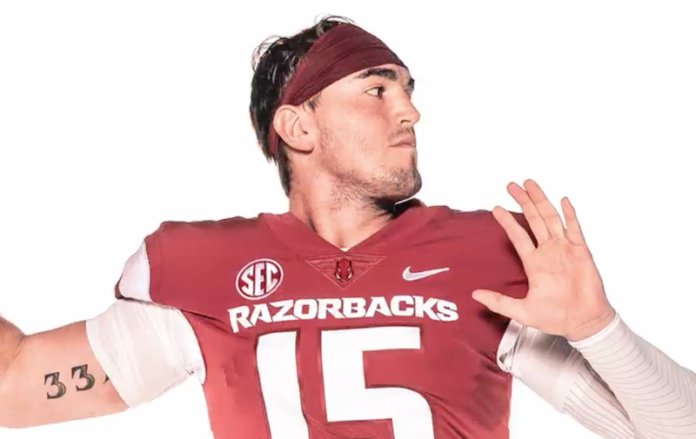 Chad Morris arrived as the Razorbacks’ new head football coach in December, 2017. Since then, there’s been considerable shakeup within the program not only regarding a change in the offensive scheme, but also in personnel.

Below is a list of all Razorback football transfers from December 2017 through Janary 2019:

Razorback Transfers Who Have Chosen a New School:

FS Reid Miller, Jr. – Went to Montana (of all places)

OL Zach Rogers, Sr. – Quit football to do other things

CB Chevin Calloway, So. – To Transfer

QB Ty Storey, Jr. – To Transfer. Storey never did quite live up to the outsized expectations for him coming out of a stellar, four-star career at Charleston High:

NB Derrick Munson, So. – To Transfer

TE Jack Kraus, Sr. – Quit football to do other things

LB Kyrei Fisher, So. – To Transfer

WR Jarrod Barnes, So. – To Transfer

NB Derrick Munson, So. – To Transfer