This photo almost says it all.

Tanya Webb, a University of Arkansas travel coordinator, appears to get along well with the school’s head football coach. She notes that when it comes to seating, former lineman Bret Bielema needs his space for good reason.

Ample proof is provided through her comment at the bottom of this travel reimbursement claim Bielema and former offensive line coach Sam Pittman made to the university. It appears they might have been on a Hawaii recruiting trip relating to Reeve Koehler, a former 3-star lineman who did sign with the Hogs. 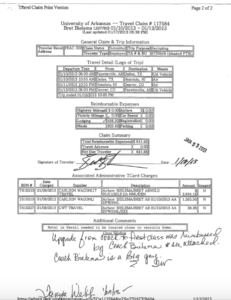 This scanned receipt is probably the funniest thing I saw in a 121 compilation of Bret Bielema-related expense claims provided to me by the UA. I did this in collaboration with Vice.com, which has an upcoming series looking at college coach expenses across the nation. The editor of that series told me the UA, which only took less than a week to reply, provided one of the quickest responses of any of the programs to which he made FOIA requests.

He also appreciated the UA, unlike other schools, didn’t try to nickel and dime us for ridiculous scanning costs. They simply provided what was requested without fuss.

Read my upcoming AMPPOB.com piece for a deeper (as in stomach-deep) look at some of the more interesting charges Bielema has made while working on the UA’s behalf.

Here’s a scanned receipt dump of some of the expenses I discuss on the new Arkansas Money & Politics website. Click on the image second to the top below to see details of a $2,343.35 charge made during the Arkansas-Texas A&M game in 2014. 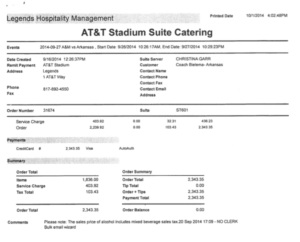 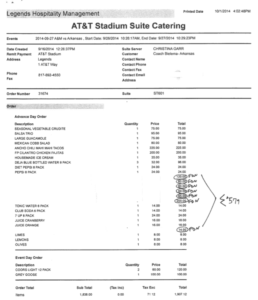 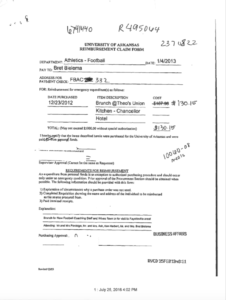 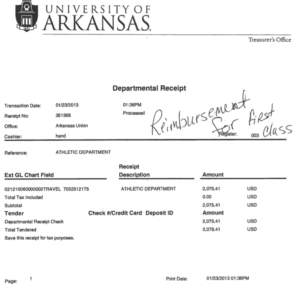 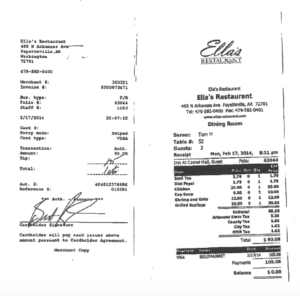 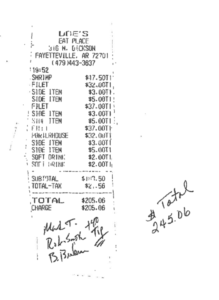 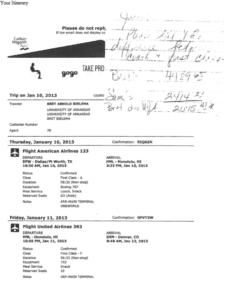 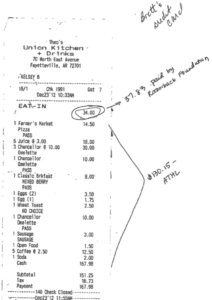