Search
Home Arkansas Baseball Razorback News Much Needed Help Appears to Be on The Way for Arkansas’ Faltering... 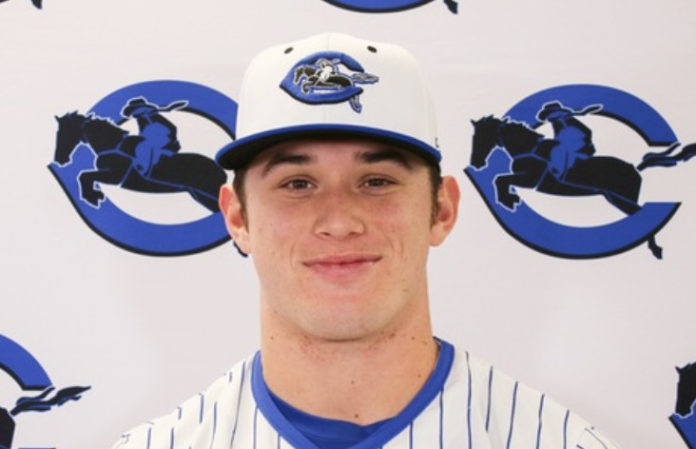 Late in the 2022 season, both hitting and pitching have faltered for the Arkansas baseball team. It’s probable that pitching will improve first, however, given the likely return of Peyton Pallette in 2023 and the fact that Arkansas was strong on the mound for much of this season. Hitting, though, needs a jolt. Over the past five games, four of which were against Alabama, the Razorbacks are only scoring 4.2 runs per game and hitting .234 as a team. Walks per game are down to three from the season average of five for Arkansas.

It’s clear the Razorbacks could use another reliable bat in the lineup, and they may have found that bat for next season in Peyton Holt from the junior college ranks. Arkansas recently got a commitment from JUCO transfer Peyton Holt from Crowder College in Neosho, Missouri. The shortstop from Greenwood, Arkansas had originally committed to play in Fayetteville for the class of 2019, but opted to spend some time becoming an absolute terror at the lower ranks first.

“Obviously I’ve always wanted to be a Hog growing up,” Holt told the Arkansas Democrat-Gazette. “I felt like it was a good fit for both of us. The expectations and standards of the program and the desire to win a national championship is exactly what I’m looking for in a program.”

“I feel like we are a great fit for each other,” Holt said. “I like the coaching staff and I know guys that have come through that program and loved it. It’s the best college baseball atmosphere in the country and I’m pumped to get down there and be a part of it.”

Holt was a good looking prospect coming out of high school, who also starred on the football field. As a senior, he passed for over 3,000 yards, 23 touchdowns and led Greenwood to a 12-1 record.

It was on the diamond, though, that he shined even brighter, developing into the the fourth-ranked baseball player in Arkansas and the top shortstop coming from the Natural State. He was also the eighth-highest ranked commit Arkansas had in 2019. He was ranked above names such as Peyton Pallette, Brady Slavens and Will McEntire.

Playing for Crowder College was probably the correct path for Holt because he likely would have sat behind senior shortstop Jalen Battles the past two years and Holt is currently having a phenomenal season for the Roughriders.

Some notable current Razorbacks who came to Fayetteville from JUCO include Jalen Battles, Brady Slavens and Braydon Webb.

Former Arkansas first baseman Jared Gates had similar numbers at Iowa Western Community College in 2016 compared to Peyton Holt at Crowder. Gates hit .434 with eight home runs as a sophomore before coming to Fayetteville for two years. Gates went on to hit .243 with 12 home runs and 37 RBIs over 83 games as a Hog and helped lead the 2018 National runner-up squad.

On the same 2018 team, shortstop Jax Biggers may be an even better comparison. He hit .385 with seven home runs as a sophomore at Cisco Junior College before transferring to Arkansas. He hit .338 with four home runs in his first year with the Razorbacks.

Arkansas has found success with players coming in from junior colleges. More often than not, these players come in ready to perform after developing at a junior college when they may have just been riding the bench in Fayetteville. If the contributions of recent Arkansas baseball players from community colleges is any indication, Holt should be a solid player for the Razorbacks.

With Robert Moore and Jalen Battles both possibly going to the MLB Draft, that opens the door for Peyton Holt to start in the middle infield. He will be competing with Drake Varnado and Peyton Stovall for those positions. Varnado has primarily been a pinch runner this year while Stovall has been the starting first baseman. There are also a few incoming players who may compete for the position as well.

“He can play any position on the field but first or pitcher,” Brewster said. “I know a couple of pro guys have turned him in as a catcher. He’s played the outfield for Crowder. In the Junior College World Series last year, he played left field. He’s played second base and shortstop for them this year.”

Holt’s elite versatility is unusual and increases his potential value to next year’s team. She he not land at shortstop, he could move anywhere around the field to keep his bat in the lineup. Although the Razorbacks’ batting took a significant dip in 2022 compared to previous seasons, don’t expect it to stay down with talent like Peyton Holt coming aboard.

And doing work as a quarterback here: