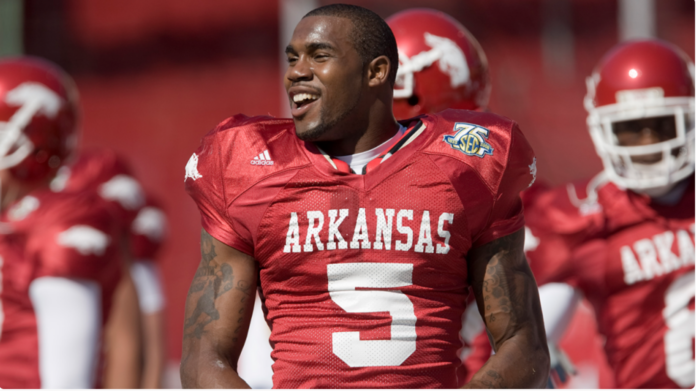 The king of American sports is, undoubtedly, the NFL.

It’s the pinnacle of pigskin in the U.S., with football-toting kids across Arkansas dreaming of playing in the Super Bowl and trying to carve their name into history by winning a diamond-encrusted championship ring.

The bright lights, the millions watching around the world and the money that comes with it makes it one of the biggest annual events in the world. This year, even in this topsy-turvy pandemic sportscape, fans are already dreaming of the next Super Bowl as their teams vie for better playing seeding within their divisions. A glance at the latest NFL betting odds shows that the Kansas City Chiefs are 13/4 favorites, but the unpredictability of this game (what happens if Patrick Mahomes is injured?) means nobody can be absolutely sure who will win.

Another factor that makes football great is the journey that these pros go on to reach the top. Many of them come from hardscrabble backgrounds, overcoming great adversity to show out in their hometowns and then at the college level before making that big leap to the League.

Arkansas has managed to produce its fair share of top-quality players. Here are three players who had played for the Razorbacks before lengthy NFL careers:

Darren McFadden is the only player I can remember asking for the Alabama crowd to get louder on 3rd and 2 and then running through two guys for 3 yards. Y’all use that term “beast” too loosely. 5 was a beast. #HawgSports pic.twitter.com/wWOOOV9raR

Known for his six-year spell with the Oakland Raiders before finishing up with the Dallas Cowboys, McFadden was a beastly running back who originally showed great potential at Oak Grove High School in North Little Rock.

McFadden broke multiple records on the high school and collegiate level, and was recently inducted into the College Football Hall of Fame. For the Hogs, he finished as the Heisman runner-up twice but did win the Doak Walker Award twice, as well as the Walter Camp Award.

Now 33 years old, McFadden was an amazing talent and a joy to watch as the best offensive Razorback player of all time.

You have to go back a few more decades to the next man on our list, but Dan Hampton’s inclusion is justified because, like McFadden, he proved himself as a total hoss.

Hampton was crucial to the success the Razorbacks had in the mid to late ’70s and then went on to star for the Chicago Bears. Undoubtedly, the highlight of his career came in ’86 when his team handily won the Super Bowl after demolishing the New England Patriots. From an individual perspective, his contributions were always recognized by the fact he made four Pro Bowl teams during his career.

Another Super Bowl winner, Atwater picked up two rings for the Denver Broncos when they secured back-to-back triumphs in 1998 and ’99 and ultimately made the NFL’s All-Decade Team of the 1990s.

That won’t have come as much of a surprise to those who saw the free safety star for the Razorbacks earlier in his career, with Atwater breaking records for the number of interceptions he made. Atwater set a standard for excellence among Razorback free safeties that should inspire successors like Jalen Catalon, the current Hogs safety.

There are many more Hogs (e.g. Jason Peters, Trey Flowers, Joe Ferguson, Clyde Scott) that could have been mentioned. But with Sam Pittman leading a renaissance of the Razorback football program, except more elite American football players from Arkansas to make a splash in the NFL in the coming years.