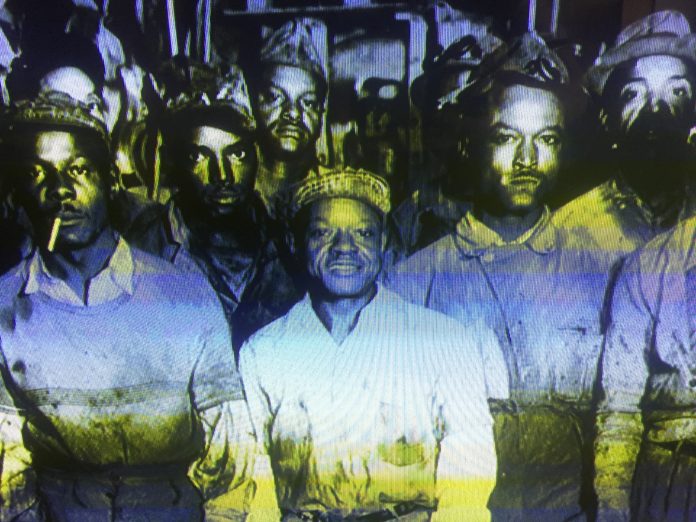 In coming out with a book highlighting the African-American sports heritage of the state of Arkansas, I have already been asked why I should highlight racial differences in a book about Arkansas sports history. I have a feeling that after the book publishes later next week many people will be turned off by its racial focus, and perceive I unnecessarily stress past divisions at the expense of future unity.

This isn’t the place for a full explanation of why I write so much about African Americans. This isn’t the place to get into the ramifications of the fact that the (white owned) Arkansas Democrat-Gazette has produced more than 300 combined years of archived history, as a daily, while the (black owned) Arkansas State Press has about 30 years of combined history while being published only weekly.

All that will come.

For now, I only want to relay the words of James Baldwin, the renowned African-American author and civil rights activist. In 1968, he appeared on “The Dick Cavett Show” and began discussing some of his experiences as an American black man who had lived abroad. Cavett brought on Dr. Paul Weiss, a Yale philosophy professor, who began expostulating on the existentialist dilemma of all men before peering into the ether and asking: “So why must we always concentrate on color?”

I’ll tell you this. When I left this country in 1948, I left this country for one reason only. One reason. I didn’t care where I’d go. I might’ve gone to Hong Kong, I might’ve gone to Timbuktu, I ended up in Paris with $40 in my pocket with the theory that nothing worse would happen to me there than had already happened to me here… You had to be able to turn off all the antennae with which you  live, because once you turn your back on this society, you may die. You may die.

And it’s very hard to sit at a type writer, and concentrate on that, if you’re afraid of the world around you. The years I lived in Paris did one thing for me: They made rethink that particular social turn is not the terror of my own mind, visible in the face of every cop, every boss, everybody.

I don’t know what those white people in this country feel. But I can only conclude what they feel when the state of their institutions. I don’t know if white Christians hate Negroes or not, but I know that we have a Christian which is white, and a Christian church which is black. I know, as Malcolm X once put it, the most segregated hour in American life is high noon on Sunday. That says a great deal for me about a Christian nation. It means I can’t afford to trust most white Christians, and I certainly cannot trust the Christian church.

Now this is the evidence. You want me to make an act of faith, risking myself, my wife, my woman, my sister, my children on some idealism which you assure me exists in America, which I have never seen.

I am not black. I don’t know how it feels to be black. But I have listened to many African Americans discuss race issues, and they tell me that the world they and their loved ones have experienced, and the pain they have felt, often differs from what I as a white man have experienced. That difference matters, and to me it hardly matters whether it’s “perceived” or “real.” The result is real anguish and frustration nonetheless.

The past isn’t as over as I had glibly assumed.

PS: I ran across Baldwin’s word in the stunningly good documentary I Am Not Your Negro. You can watch it for  free via Amazon Prime.

Interested in race relations, sports and history? Then click on my African-American Athletes in Arkansas book below to preview it: