Search
Home Arkansas Basketball Hogs are Better In SEC Road Games Than At Home. How Rare... 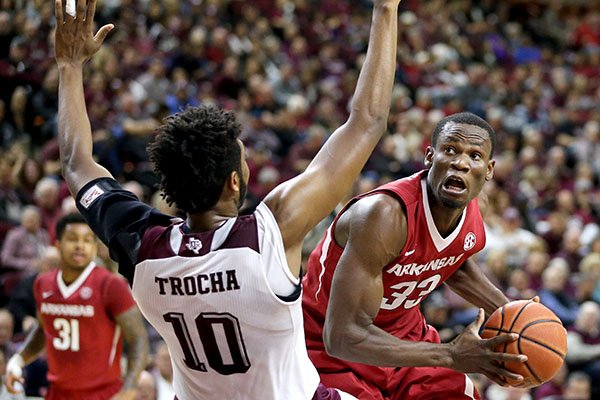 A troika of seniors also led the last Razorback team to start conference playing better on the road than at home.

Road struggles have defined the Razorback basketball program through much of the 21st century. In the glory years of the late 1970s through mid 1990s, the Hogs were nearly invincible at home while winning their fair share of road games. In the 21st century, they have still been one of the SEC’s most dominant home teams but constant road woes have often sunk them into mediocrity.

This year, though, these 21st century trends are changing, for better and worse.

First, the good news for Hog fans: Their team has begun winning road games at a rate similar to that of the 1990s Nolan Richardson-led teams. Since 2014, Arkansas is 11-10 on the road in SEC play. Arkansas had gone 16-81 in the previous dozen seasons before that.

The problem: In the last two years, the program has been anything but invincible at home.

Indeed, in the last 69 years*, only one other Razorback team has gotten off to a better start on the road than at home in the first six conference games of the season. That team, the 1998-99 Hogs, spent most of that season ranked in the Top 25 (no higher than No.18).

Here’s how its next four games panned out:

Those Hogs were stocked with All-SEC caliber seniors in Pat Bradley, Derek Hood and Kareem Reid. Their experience and tenacity was critical to allowing the squad to squeak out those road victories. This Hogs team also showcases three important seniors: Dusty Hannahs, Moses Kingsley and Manny Watkins.

Hannahs and Bradley fulfill similar roles on their respective teams, as do Hood and Kingsley. But nobody on the team has been able to harass opposing point guards, while consistently staying in front of them, like the ultra-quick Kareem Reid.  These Hogs’ inability to contain quick guards killed them in home losses against Florida and Mississippi State, and in the second half against Kentucky.

Former Razorback Blake Eddins, who began playing under Nolan Richardson in 1999-2000, recently joked this year’s team needs “a couple of defensive stoppers like Pat Bradley and Blake Eddins in there, to really bend their knees and get that butt down and show them how to play defense.”

“I’ll say this: I would have clotheslined a guy if he had a wide-open fast break layup. And that’s about all I was good for,” Eddins told Pat Bradley, now a sports radio co-host, on 103.7 The Buzz FM.

It’s difficult to imagine Dusty Hannahs — or newcomers Daryl Macon or Jaylen Barford — playing with this kind of Charles Oakleyeque defensive tenacity. But Barford and Macon do have the needed quickness to become much more effective one-on-one defenders, while Watkins and Anton Beard, though not as quick, have long flashed Kareem Reid/Corey Beck-like defensive effort.

It’s just a matter of putting it together in longer stretches, and specifically against the SEC’s best point guards.

That 1998-99 team ended with a fantastic home stand, beating No. 6 Kentucky and No. 2 Auburn in its final two SEC home games. It later made it to the second round of the NCAA Tournament. Manny Watkins knows this is the last chance for he, Kingsley and Hannahs to make a similar statement.

“It’s our last year,” he told the Arkansas Democrat-Gazette. “The sense of urgency is through the roof. In order to win, you’ve got to do things and it has to be from your seniors.”

** Arkansas isn’t the only SEC team struggling at home this season. Through January 20, SEC teams are a combined 18-21 in home SEC games . (h/t to Blake Eddins) 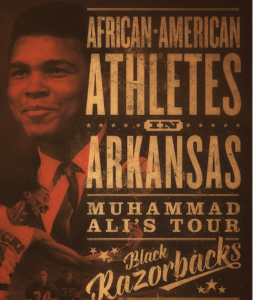