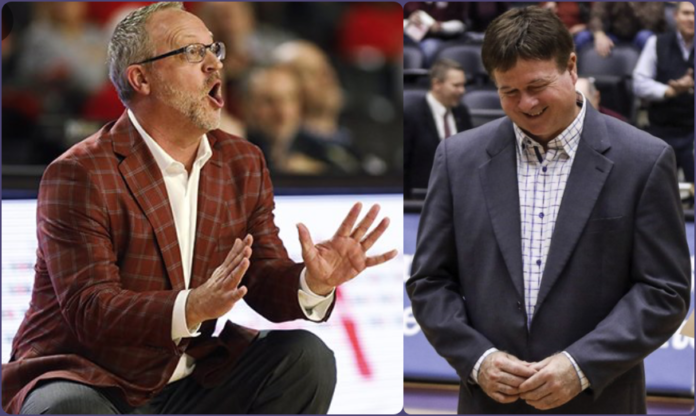 No Razorback basketball team has played a scheduled game against an in-state opponent since 1977.

That is set to change on December 21, when the Razorback women will play the Little Rock Trojans at Verizon Arena. The game will be the:

Since then, through 2018, there had been an all-encompassing ban on scheduling in-state opponents on the male and female side. Both male and female Razorback teams have played Arkansas State in basketball, but neither of those games were scheduled. They only happened because the teams were pitted against each other in NIT/WNIT tournaments.

But that changed last year when Razorback Athletic Director Hunter Yurachek announced the UA would start playing in-state schools. The baseball team team has already played UAPB and Little Rock, while the football program is set to play two games against UAPB.

This Trojans-Razorbacks game, which will tip off at 1 pm on December 21, features a showdown of the two best women’s college basketball coaches in the state.

“Coach Foley started out as someone I idolized in women’s basketball during his tenure at Arkansas Tech, became someone I tried to emulate as my collegiate career began, and has become a trusted colleague over the last 20 years,” Razorbacks coach Mike Neighbors said in a press release today.  “To share a sideline with him and our teams will be very special.”

He added that Foley “has built their program into a perennial NCAA caliber team, so playing them will benefit our program and build support for women’s basketball across the state. When it became clear they were equally as interested in playing us, I couldn’t help but be excited to get the series set.”

Trojans head coach Joe Foley agrees: “This game is very exciting for the state of Arkansas and something the people in the state have wanted for years. We will be making history starting this series just like our baseball team did last spring. This game will be great for the state and great for both programs.”

Months ago, when this game’s time and date weren’t yet finalized, Neighbors said the game will be good for the Razorbacks’ RPI. “I’m not worried about somebody saying, ‘Oh, you lost to an in-state school.’ They’re a good program and Coach Foley has done a hell of a job,” he said.

“I respect Coach Foley immensely and what he’s done and how they’ve done it. They’ll beat us from time to time in this series, and we’ll beat them, too.” He added: “We’ll be the underdog.”

Most Razorback fans would look at where UALR has been under Foley — six trips to the NCAA Tournament since 2010 — and agree with Neighbors. In fact, UALR women’s basketball may be the lone exception among all sports where most Razorback fans agree that an in-state opponent is the more established power of the last decade.

While Foley is the O.G. among native Arkansas women’s basketball coaches, someone many Razorback fans wanted to see lead their own program a few year ago, Neighbors is a relative up and comer who has the Hogs on the brink of being SEC contenders again.

Neighbors, who’s 14 years younger than Foley, had Arkansas on a steep incline of improvement toward the end of last season, his second on the Hill. The Lady Razorbacks won 20 games, the first time the program had done that in 20 years, and advancing to the third round of the WNIT.

The offense was humming, to the point where the 2018-19 Arkansas squad set eight team records, and made 10 appearances in all-time team top-10 lists.

The Lady Razorbacks in Verizon Arena

This will be the women Razorbacks’ first visit to Little Rock since 2015, when the SEC Tournament was held there. The Razorbacks have played well in Verizon Arena, or Alltel Arena as it was formerly known, over the years, sporting a 7-5 all-time record.

Little Rock, meanwhile, is coming off of a great season, They went 21-11 overall and won the Sun Belt Conference courtesy of their stellar 15-3 mark in conference play. The Trojans’ solid campaign earned the program its second straight trip to the NCAA Tournament, but Coach Foley’s team fell in round one to fifth-seeded Gonzaga. The Trojans lost leading scorer Ronjanae DeGray to graduation, but Kyra Collier, who was second on the team with 14.4 points per game last season, returns to Little Rock for her final collegiate season.

Neighbors believes playing the Trojans at 18,000 seat Verizon Arena — rather than UALR’s Jack Stephens Center — should be considered be a neutral site, according to the Arkansas Democrat-Gazette.

“If you’re not playing on your own rims and using your own basketballs, it’s not a home game,” Neighbors said. “It’s a neutral site if you’re playing where neither one of you play.”

Neighbors added he expects the game to draw well.

“If everything works out, I think it could be a huge crowd,” he said. “I think people are going to be excited about our teams playing.

It will be interesting to see if this game draws more than 10,000 people and how close it gets to breaking the all-time record (14,163) for the biggest in-state crowd for a Lady Razorbacks game.

Given that Jack Stephens Center holds only 5,600 fans, and assuming both these programs are off to good starts next season, this game should shatter the previous in-state attendance records for the UALR women’s basketball. (The Lady Trojans have also played in the 6,300-seat Bank OZK Arena in Hot Springs for conference tournaments.)

At previous stint at Arkansas Tech, led the Golden Suns to

-At Arkansas, led a No. 10 seed Razorbacks team on unlikely tear through the 2019 SEC Tournament. They became the first No. 10 seed to reach the semifinals since 1993 and snapped powerhouse South Carolina’s SEC Tournament winning streak dating back to 2014.