Arkansas has now rocked the world’s largest offensive line two years in a row. At an average of 328 pounds, it’s larger than the San Diego Chargers (avg.  326 pounds), Bill (322 pounds) and Florida Gators (320 pounds). All that beef is set to clash with Alabama on Saturday evening in what could be the most defining win of Bret Bielema’s career so far.

Interesting, through five games those huge graders have paved the way to the most efficient passing offense in the nation, not rushing offense. While the run has improved lately,  Arkansas only ranks 118th nationally in rushing explosiveness this year after ranking 13th nationally last season. “If the Razorbacks were even close to as explosive this year as they were last year, they’d likely be en route to the outstanding season many expected, particularly given how efficient the running game has been,” SB Nation’s Kevin Trahan wrote.

“If the Razorbacks are going to get back to their explosive ways, now would be a good time to do it with a trip to Alabama coming up this week. The Crimson Tide are too good to grind out yards against for an entire game and expect to win. At some point, Arkansas is going to need a quick drive or an explosive play to score.”

References to Norse mythology’s Great Hall of the Slain, Residence of the Supreme God Odin, do not every day percolate the chatter of the Sports Talk with Bo Mattingly afternoon radio show based in Northwest Arkansas.

But not every day does Matt Stinchcomb, a former All-American tackle at Georgia who analyzes college football for the SEC Network, chime in with Bo about the way Arkansas’ offense is grounded in a historically massive offensive line.

“That offense is like Valhalla,” Stinchcomb told Bo earlier this week. “When we all get off this mortal coil, anybody who was ever unathletic enough to have [had to play] offensive line, that’s what we would spend eternity doing – is just running double-team blocks and just cramming tailbacks down a defense’s throat. It’s an incredibly explosive offense.” 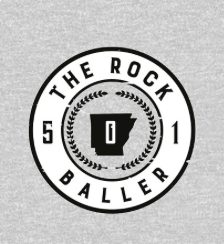 Like this design? Get it on a T-shirt, on stickers or other swag by clicking here.

To the surprise of many, the Razorbacks only lost to Texas A&M 33-45 on Saturday night. A big reason for this slimmer-than-expected margin was the stellar play of some of their freshmen – guys like Alex Collins, Jonathan Williams, Hunter Henry and Korliss Marshall.

Less conspicuous on the final boxscore but far more conspicuous in person were two true freshmen who made their first career starts against the Aggies. Guards Denver Kirkland and Dan Skipper started the game with left tackle David Hurd, center Travis Swanson and right tackle Grady Ollison. But Brey Cook subbed in for Ollison during the course of the game.

When I saw this Tweet, I knew Bielema ball was here for good.

Here we have an enormous line totaling 1,625 pounds. That would qualified as the heaviest offensive line in the SEC last season, beating out LSU by  11 pounds. With an average of 325 pounds per player, it would have also ranked as the second-heaviest line in college football last season.

Height isn’t as important as strength, balance and agility on the offensive line, but still – you won’t find many lines that tower over their opponents like this one.

Curious as to how this line stacks up size-wise against Arkansas’ two best O-lines from the last ten years?

First to the 2003 line, which featured 6’5″, 353-pound All-American Shawn Andrews. The image below right is from a preview of that season’s LSU game. Click on it to see the size of the players.

Another sterling line emerged in 2007. Here’s the starting roster by the late part of that season:

These biggins still pale to their 2013 counterparts. If you can find a bigger 5-man offensive line in Arkansas history that went serious minutes together, let me know. I doubt there has been one that weighed more than 325 pounds with an average height of more than 6’6″, as the one which battered Texas A&M did.

Let’s also look at the size of Bret Bielema’s best offensive line  when he was at Wisconsin. The following o-linemen from the 2011 season were the cornerstone of a Wisconsin offense that shattered numerous school records:

That’s an average of 322 pounds, which these Hogs have already passed. Becoming as good will be another matter altogether – three of these Badgers racked up first team All-American honors and a first-team Big Ten selection. Good start so far, though. Arkansas racked up 201 yards rushing, protected quarterback Brandon Allen long enough for him to throw for nearly 300 yards and helped limit the Hogs to only one penalty for five yards.

I repeat: one penalty, five yards, for a team that started two true freshmen in what would have been the most electric atmosphere of their careers. Skipper and Kirkland have impressive bodies, but it’s this kind of mental discipline which will help make them great.

UPDATE: The 2014 edition of the Hogs’ offensive line is slightly less heavy, but stronger after another year in the strength training system of Ben Herbert:

Heading into the 2014 season, Arkansas had the third biggest offensive line in college football, trailing only Ole Miss and Baylor.

These Hogs are Huge! The @RazorbackFB O-line weighs 1,642 lbs. or 12.5 @finebaum. #ARKvsTAMU#SECNationpic.twitter.com/EOMCD5XL3S 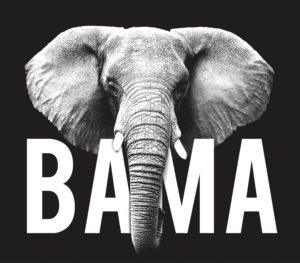 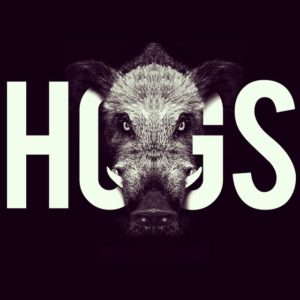