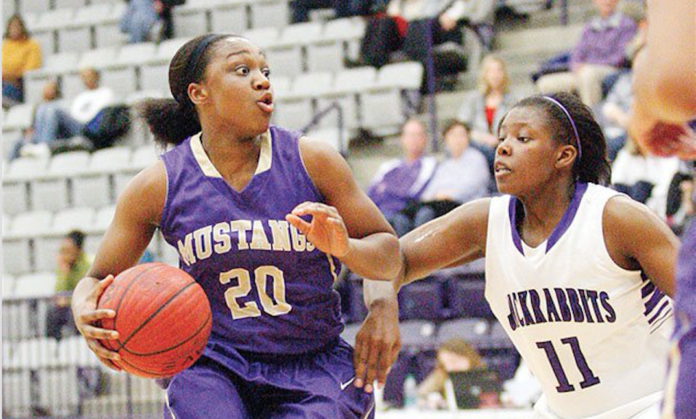 ESPN ranks Little Rock native Christyn Williams as the nation’s No. 3 overall player in the class of 2018. The 5-10 guard just finished a tremendous year, leading Central Arkansas Christian to a 24-14 finish and state runner up finish. The Lady Mustang put up around 30 points, 10 rebounds and 2.5 steals a game and is the first female Arkansan to have gotten a basketball scholarship offer from perpetual national champion Connecticut. A Huskies coach attended her title game yesterday in Hot Springs.

Unless Razorbacks coach Jimmy Dykes can convince her otherwise, Williams may become the first Arkansan to suit for Geno Auriemma’s juggernaut program. Her season puts her into position to do something else no Arkansan basketball player has done: win three consecutive Gatorade Player of the Year awards.

This week she won her first a sophomore, a feat which puts her in rare company. The only other Arkansan, male or female, to do that was Morrilton High superstar Shekinna Stricklin*, who later played for Tennessee before becoming the No. 2 overall pick in the WNBA Draft.

Stricklin won the award as a sophomore in 2006, and again as a senior two years later. Ironically, though, it was another Central Arkansas Christian star who kept her from a three-peat. Whitney Zachariason, who went on to play with Brittney Griner at Baylor, won the award in Stricklin’s junior season.

Plenty of Arkansans have won the award back-to-back during their junior and senior years. It’s happened once in baseball and two times in football:

On the boys side, back-to-backs happen more often. It’s arguable that two recent prep stars both deserved it in their sophomore years, although neither got it. Were it not for Bobby Portis, KeVaughn Allen likely would have won it as a sophomore in 2013 after leading North Little Rock to a state title and winning Finals MVP.

And were it not for Allen, Bentonville star Malik Monk probably would have taken the award as a sophomore in 2014.

Bentonville happens to also be home to one of the state’s only three athletes to win three straight Gatorade Player of the Year awards.  Jayhawk soccer player Taylor Estrada, the older sister of Monk’s teammate Aaron Estrada, accomplished the feat in 2011-13. Former Bryant High track star Spencer McCorkel also three-peated in 2005-07, while Springdale track star Payton Stumbaugh did it in 2012-14.

So, what about a four-peat?

No Arkansan has yet done that, but one got close. According to the official Gatorade Player of the Year records (which are not always 100% accurate), Tiffany Gunn won the award as a freshman, sophomore and senior:

She won the award at two different schools, which is also impressive. Note she was a star athlete who ended up transferring in to Little Rock McClellan High, which is not something that has often happened in recent years.