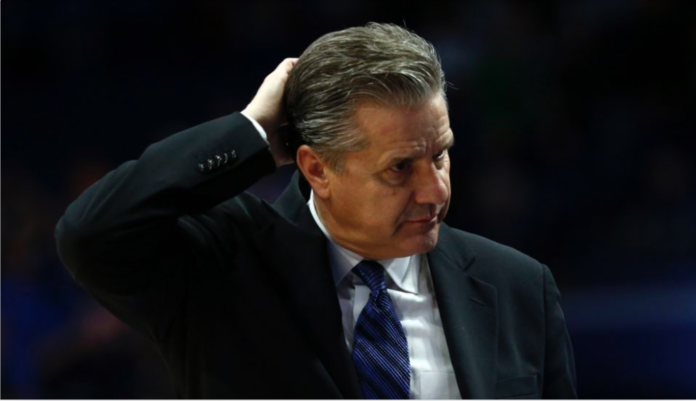 The Razorbacks haven’t beaten a Kentucky team under John Calipari since 2014, but that drought may end on Tuesday night. Arkansas, winners of four straight SEC games, travels to Lexington to take on a struggling Wildcats squad that has lost six of its last seven games, including a self-implosion down the stretch of Saturday night’s 82-71 loss to No. 11 Tennessee.

Calipari steers a team that appears to be running off the rails on offense, where its poor three-point shooting (30%) is a big reason behind only 67.8 points a game on 42% overall field goal shooting, the program’s lowest such mark since 1963.

But Eric Musselman also knows appearances can be deceiving, given Kentucky has had to recently play against teams like Alabama, Missouri and Tennessee that also gave Arkansas fits.

“I think Kentucky is capable of beating any team in the country,” Musselman said of Kentucky, which has a 5-12 record. Arkansas’ head basketball coach knows record is far from the most important statistic in a time of advanced metrics.

Consider Kentucky is ranked 56th in the country per KenPom, a completely subjective efficiency metric for all 353 Division I teams. The next 5-12 team is Northern Iowa at 150th. Some of this can be attributed to the elite young talent the Wildcats have and their lack of ability to close out games to this point.

But, at the same time, that young talent has played a much tougher schedule than Arkansas, which is why the team still ranks relatively high despite its record.

You can bet that Eric Musselman will make all this abundantly clear to his players ahead of the game. Expect some sort of stunt pregame to get his player’s attention similar to the UPS pep talk that Arkansas’ head coach gave before the Hogs’ last matchup. Despite UK’s record, a win on Tuesday would be a signature SEC victory in Musselman’s tenure with the Razorbacks so far.

Here’s what to keep in mind ahead of Arkansas vs Kentucky:

Kentucky will look to slow the pace of the game and defend in the half-court. The Wildcats’ size and athleticism make them formidable on the defensive end, where they rank 19th in the country. Their defense is anchored by two big men, Olivier Sarr and Isaiah Jackson, who block shots and close off the paint at 7’0 and 6’10 respectively. If Arkansas can push the tempo, expect them to score in transition and force turnovers against a Kentucky team that has struggled to hold on to the basketball.

It will be important for an Arkansas player to step up and create scoring opportunities when UK’s defense becomes stifling. This game could very well depend on the offensive play of Moses Moody, J.D. Notae and Devo Davis. Look for Arkansas to attack from the perimeter to stay away from the shot-blocking center, Isaiah Jackson, who leads the conference in blocks per game.

When Kentucky Has the Ball

Despite their talent and size, Kentucky has had an underwhelming offensive attack up to this point. They come in with 107th offensive efficiency in the country as they turn the ball over and struggle to finish shots at the rim. Look for the Hogs to stick with man-to-man defense with half-court traps to speed up the sloppy Kentucky offense.

John Calipari’s squad is balanced in score distribution with five players averaging between 10-12 points. It will be key for the Razorbacks to protect the paint where they will be undersized in terms of strength. The game plan will likely depend on the health of Arkansas freshman center Jaylin Williams. If Williams is unable to go, expect big minutes for both Connor Vanover and Justin Smith.

Apart from ending the 8-game losing streak against Kentucky, this game has serious implications for the Hogs’ current season. While Arkansas boasts an impressive 14-5 record, they still lack a marquee win on their resume. Arkansas is 1-4 in Quad 1 matchups, a key statistic for the selection committee come March, with the sole win coming in the first conference game of the year against Auburn.

A victory this Tuesday could very end up being a Quad 1 victory and would be a big boost in the Hog’s tournament resume. For it to count as such, the Wildcats would need to finish in the top 75 in the NCAA’s NET rankings at the end of the season. After that tough loss at home to the Volunteers on Saturday night, Kentucky currently sits at 80 in the NET rankings.

In that loss, though, Calipari saw some of his young cats begin to sharpen their claws under his Hall of Fame leadership. Expect Kentucky’s young blue chips like Devin Askew and BJ Boston to play better down the stretch of the season and finish anywhere from 60-70 in the NET rankings. That’s why this should be considered a Quad 1 opportunity for an Arkansas team that desperately needs to improve in big games.

There are plenty of “ifs” in this matchup. Expect tempo and pace to dictate what should be a back and forth game in Lexington. Based off of metrics, a faster tempo would heavily favor the Razorbacks.

Interestingly enough, Kentucky pushed the tempo for the first time this season against Tennessee on Saturday night. In doing so, they found success in transition and opened the floor for their athletic freshman.

Still, if the Hogs can avoid large runs and make outside shots they should likely win this one on the road. But beware that the enormous talent the Wildcats have is liable to click at any moment. I have this as a toss-up that slightly favors the Razorbacks against a Kentucky team whose youth has been detrimental at the end of games.

Get more insight into John Calipari’s struggles from Aaron Torres, one of the top analysts of both Arkansas basketball and Kentucky basketball: