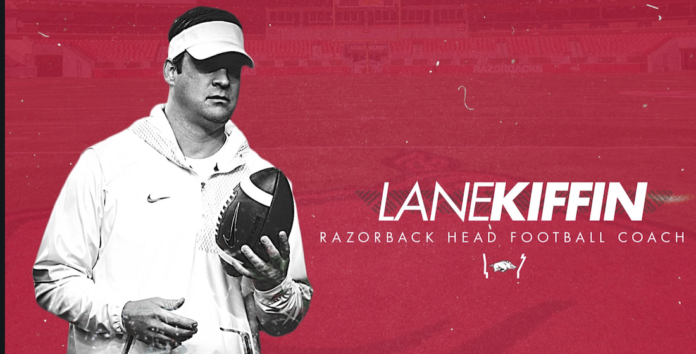 This is the first in a series of 7 columns counting down the coaching search as I, the “Objective Homer,” see it. It may change as events develop, but this is where we’re starting….

Kiffin has lived in a bunch of towns that he’s left for a better deal.  The man’s been fired an awful lot in both college and the pros in his relatively short career.  He’s only 44, but he’s moved so often, I’d like to be his real estate agent.

In the 1999 through 2006 period alone, he was an assistant at Colorado State for a year, with the Jacksonville Jaguars for a year and then at USC for an amazingly long (for Kiffin) 5 years.

He was hired by Al Davis to coach the Oakland Raiders and promptly went 4-12 during the 2007 season as a 32-year-old.  Davis tried to get him to resign at the end of the season, but he refused.  At the end of September 2008, he was fired after posting only one more win.  Yes, fired at mid-season.

I’ve said it before, but it bears repeating:  “It takes a LOT to get fired at mid-season.”

Apparently, at the press conference where Davis announced the fire he called Kiffin “a flat-out” and “professional” liar.  Now, to be fair, nobody has ever accused Al Davis of being the easiest guy to work for, but when you go 5 for 20 as a head coach?

Here’s a little secret, everyone.  You get fired………in mid-season.

In their infinite wisdom, University of Tennessee brass hired him to a six-year deal as head coach.  After one season (7-6 record), Lane Kiffin promptly hauled ass back to sunny Los Angeles to become the Head Coach at USC.  I don’t know, maybe “Rocky Top” was wearing on him…….it would me.

Incidentally, Kiffin was publicly reprimanded by then SEC Commissioner Mike Slive for breaking a recruiting rule during that single year in Knoxville.

And then the roof caved in.  He went 7-6 in 2012 and was fired after the 5th game of his 4th season after posting a record of 3-2.  When you’ve been fired at mid-season twice in a decade — much less a career — and you have a winning record at the time, it may be time to think about who the common denominator is.

Call me crazy, but it seems like maybe there’s more to the story.  The “powers that be” must have thought the program was going South.  And, it did.

See Kiffin talk about his embarrassing firing on the tarmac here:

After being a Head Coach for the Raiders, USC Trojans and Tennessee Vols,  he took a demotion to work as offensive coordinator for Alabama from 2014-2016.

Does anybody see a pattern here?

Then, Florida Atlantic came-a-calling.  He blew off coaching in ‘Bama’s bowl game to set up shop in the Sunshine State and it’s pretty clear that Saban didn’t give a rat’s A.  To his credit, he’s been there for almost 3 years.  So far, a marathon effort from Lane Kiffin.  He’s won 23 of his 36 games there.

—9 years as a head coach

—5 games into his 4th season at USC (fired mid-season)

—USC mid-season firing was his 2nd in 5 years

—Blew out of Alabama without coaching in the bowl game

His track record of mid-season fires, or just leaving programs for greener pastures speaks for itself.  Our program is in a Gregg Allman-style rehab and it’s going to take longer than a year to get clean.

Tell me again why his hat’s in the ring.