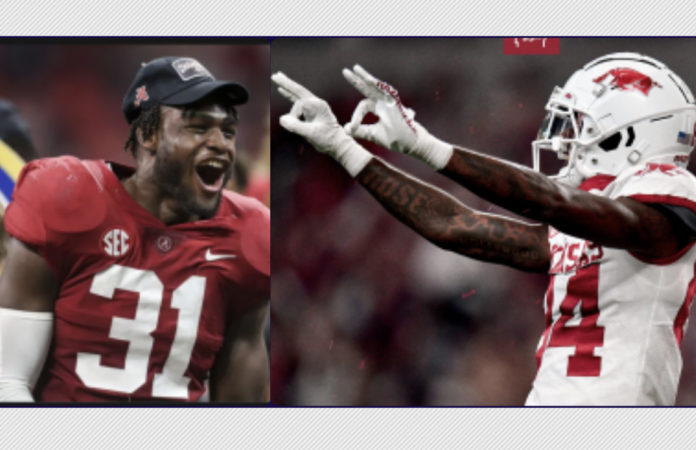 In September 2016, after a relatively ho-hum 28-point point home win over Western Kentucky, Alabama football coach Nick Saban shared why he was still disappointed in his Crimson Tide despite the victory. “I don’t think we respected the team that we played,” Saban said. “When you’re arrogant, it makes you complacent and creates a blatant disregard for doing things right. And if we start doing things right, we’re not going to have the kind of success that we’re capable of.”

There’s no question that Saban and the Crimson Tide have been mostly doing things right since he uttered those words, as Alabama has won two national titles while extending their win streak over the Arkansas football program to 16 games on Saturday. For the most part, year after year, Saban has kept beating the drum of sticking with the process and respecting each opponent. “I respect all the people that we play, and I respect winning and what you have to do to win,” Saban said a few weeks ago.

As common as this kind of talk has been from Saban, some of his players apparently aren’t tracking. Namely, Will Anderson, who during an Arkansas vs Alabama press conference decided to audible out of “doing things right” and pretty much impersonate a WWE wrestler instead:

Until that point at the podium, Alabama’s superstar linebacker had been fairly predictable, dispensing with the kind of pregame niceties you would expect about a former teammate who had transferred to the other side. Speaking of Drew Sanders, who would later knock Bryce Young out of the game, Anderson said: “He always wanted to win. He’s always going and giving extra practice always working hard. I think just that fierce competitive nature that yet is what makes him so as great of a player as he is.”

For some reason, however, Anderson decided to go “Macho Man” Randy Savage and play to the masses with a ridiculous line about other teams disrespecting by even daring to compete against him. The very idea, of course, is nonsensical since the 6’4″, 243 pound junior wouldn’t be able to show off his wares as a future Top 5 NFL Draft pick without getting to play against other good teams willing to take the field against Alabama.

Anderson admitted that getting worked up about other teams even showing up is essentially a mind game he plays with himself. That’s great. Ultra-competitive alphas like Michael Jordan invented slights for self-motivation as well. But Anderson should have kept it to himself instead of opting for an exhibition of theatrical arrogance.

In years past, an Alabama football player might have wanted to pop off like this, but Saban snipped it in the bud. Take Quinnen Williams, who joins Anderson as one of the best Crimson Tide defenders in recent years. Williams is a fiery competitor, as his recent chewing out of one of his NFL coaches shows, but four years ago he knew better than to let that fieriness out:

Williams’ stopping himself before saying something the other team would clearly use as bulletin board material shows what kind of effect Nick Saban has on his players. Saban has always preached discipline and respect (for yourself, teammates, coaches and opponents) in lockstep.

Anderson, though, is clearly ready to ruffle some feathers while making a show of it, Saban’s principles and Alabama football’s reputation as a classy program be damned.

Keep talking like this, and the Crimson Tide are going to lose some of the prestige built up over the last 15 years. And once the complacency creeps in, they stand to lose a lot more than that.