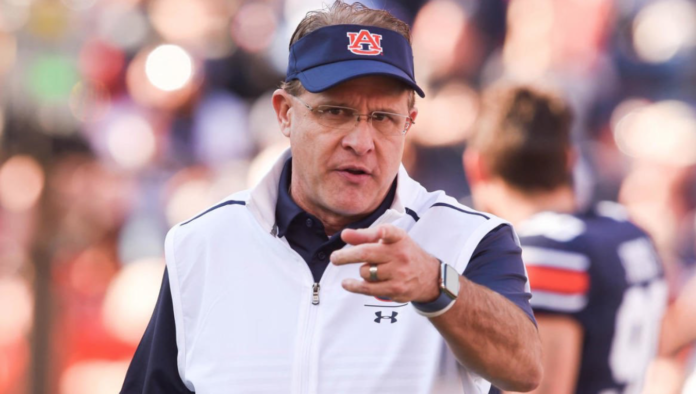 It’s no secret the Arkansas football program has fallen on hard times in recent years.

But the Razorbacks’ fall from glory isn’t nearly as precipitous as that of the Tennessee Volunteers, which from 1930 to 2007 had the fourth-highest winning percentage (71.9%) in all of major college football. Since 2008, the Volunteers have won only 48.8% of their games — tied for 75th in the nation.

Arkansas’ crash into the ditch didn’t happen until the spring of 2012, when Bobby Petrino let his libido get the best of him. Still, Razorback fans know well how Volunteer fans feel.

In fact, after Tennessee’s latest head coach firing, the Volunteers now find themselves in a similar situation to what Arkansas faced during its head coaching searches in 2012 and late 2017.

In the former, Arkansas decided to stick with interim head coach (John L. Smith) for an entire season. In the latter, the Razorbacks fired both an athletic director (Jeff Long) and a head coach (Bret Bielema) around the same time, allowing others to make the big decision of who would be the Hogs’ head coach.

In both cases, Razorback leaders made bad calls. Nobody argues that the decision to hire Chad Morris after Bielema is the worst head coaching selection in the history of Razorback football.

As Tennessee brass now seek to replace their own former head coach (Jeremy Pruitt) and athletic director (Phillip Fulmer), they will want to avoid some of the mistakes Arkansas made. In hindsight, in 2012, Arkansas should have veered away from making John L. Smith its head coach for a full season.

That put the program behind the eight-ball when it came to recruiting, and as the season wore on it became apparent he cared a lot more about simply collecting paychecks to pay off debt than actually establishing and reinforcing a system of accountability for his players.

Tennessee is in a similar position now.

The Volunteers could simply promote interim coach Kevin Steele and let him take the reins for a season. But going forward with an interim coach would damage the Volunteers’ chances with its highly talented in-state crop of players in the class of 2022.

So it makes more sense for Tennessee to hire Gus Malzahn, the former Razorback assistant coach and head coach at Arkansas State and Auburn.

Malzahn already knows how to navigate big-money boosters and fans’ outsized expectations in the fishbowl existence of an elite SEC program. He checks off a lot of boxes after his six years at Auburn:

He’s a proven winner in the nation’s toughest conference, and won without scandal. He’s also a proven innovative offensive mind, which matters a lot when with the scholarship reductions that may be coming down the pipeline with potential sanctions resulting from violations that led to Pruitt’s ouster.

“When you look ahead at NCAA situations, you’re probably going to have recruiting limitations in terms of visits, travel, scholarships, all those things,” The Athletic’s David Ubben said on The Andy Staples Show podcast. “You better get a schematic guy in here who can also recruit as well as you can, because you’re going to have to out-scheme people because you’re not going to out-recruit people.”

The idea of hiring Malzahn has already gained a lot of traction among SEC analysts and Volunteer fans alike:

"He is a perfect guy for Tennessee."@ChrisDoering believes Gus Malzahn should be Tennessee's next Head Coach.? pic.twitter.com/n1TCKUQ8Wd

I challenge Tennessee's students to use The Rock as the Volunteer coaching hot board until the hire is made.

When contrasted with another possibility, Hugh Freeze, Malzahn seems like a safe pick. He could deliver 8-9 wins a season and make Tennessee respectable again as essentially “Huge Freeze without the baggage,” as Ubben puts it.

But Gus Malzahn also comes with some red flags.

The biggest one is his tendency to burn bridges within his own program. His dry, cerebral style can grate at people. There’s enough blame to go around during Malzahn’s lone season as Arkansas’ offensive coordinator, with Houston Nutt also shouldering blame, but there’s no doubt there was tension in the locker room and on the sidelines between Malzahn, Nutt, and the freshmen like Mitch Mustain who had played for Malzahn at Springdale High the year before.

While Gus Malzahn lasted for a lot longer at Auburn, personality conflicts also arose there. According to AL.com’s Josh Moon, former Auburn trustee Bobby Lowder worked for three years to undermine Malzahn and replace him with Kevin Steele, then his Malzahn’s defensive coordinator.

You can just imagine said undermining attempts went to another level with all the eye-rolling that likely commenced in December 2019 when Malzahn hired Chad Morris as offensive coordinator.

After Lowder’s alleged coup attempt using Steele, would Malzahn be OK with interviewing with Tennessee if Steele was retained? An awkward situation, to say the least, as Andy Staples points out: “I’m just imagining The Simpsons episode at Maison Derrière where Grandpa walks in, sees Bart, grabs his hat off the hat rack, and walks back out.”

During the press conference announcing Pruitt’s firing, UT Chancellor Donde Plowman said the next Tennessee head coach needed to be a winner “with integrity.”

Hugh Freeze doesn’t exactly qualify as that after his scandal-riddled tenure at Ole Miss.

On a sort of positive note, Freeze actually did win big — even if he did cheat. The same can’t be said of Pruitt, who compiled a record of 16-19 in three seasons.

“I didn’t think anybody could buy players and build a worse team than Ole Miss, when they were buying players under Hugh Freeze,” said SEC football commentator “Uncle Lou.” “But God bless Jeremy Pruitt and Voltard Nation, they found out a way to do it. My God, buying players just to go three and seven, unbelievable. Unbelievable.”

Freeze, who is currently coaching at Liberty, has made it known he wants the Tennessee job.

It would be a very bad look if the Volunteers jumped from firing a coach for recruiting violations to hiring one who had been found guilty of the same. But if they decide to really fudge that “with integrity” part, then they would also get someone who checks off a lot of the same boxes as Malzahn, with a potentially higher ceiling in terms of wins per season.

Clay Travis, who started his sports hot takery career as a Volunteers fan blogger, said he would put money on Freeze notching a 10-win season within three years if he was hired.

“Spare me the indignation and spare me the argument that you can’t fire one coach ostensibly for NCAA violations and immediately hire another one with a history of (presumably) worse NCAA violations,” he wrote. “College football long ago surrendered the argument that anything other than winning football games matters. Tennessee might as well just stand up and say it.”