The experience of being trolled is never an enjoyable one.  But if you must get made fun of (which is hard to avoid after losing home games to Toledo and Texas Tech), then the least the offender can do is provide the highest quality trolling possible.

Here, I am mildly happy to report, it appears Texas A&M fans are up to the task in advance of the Aggies’ tilt against Arkansas at Cowboy Stadium this Saturday. For starters, they devised the term #bertenfreude, one of the finer portmanteaus in recent SEC history.  It appears they also poured a goodly amount of time into a highly imaginative  helmet that is a mix between E.T.’s heart and Bret Bielema’s profile:

The folks at Good Bull Hunting say their magical glowing object is meant to mirror the early-season performance of Arkansas teams: “It shines bright during the offseason, but completely disappears once it’s on the field.”

Ouch. And yet – it kind of stings so good.

A little down the totem pole, but still of fairly high quality, is the requisite Arkansas-directed bacon-related mockery. While such arrows are predictable, at least Good Bull Hunting had the decency to string them in a new way. This mockup of a specially-designed Arkansas game jersey includes bacon-patterned sleeve stripes. “Edible bacon cleats” were created to round out the entire outfit: 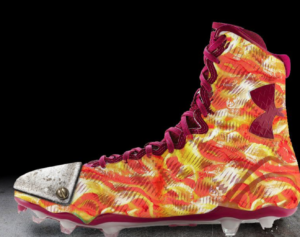 Elsewhere on Good Bull Hunting, fans have constructed an alternate universe in which UA alumns Jerry Jones and John Daly opened their own tavern and put the following drinks on the menu: 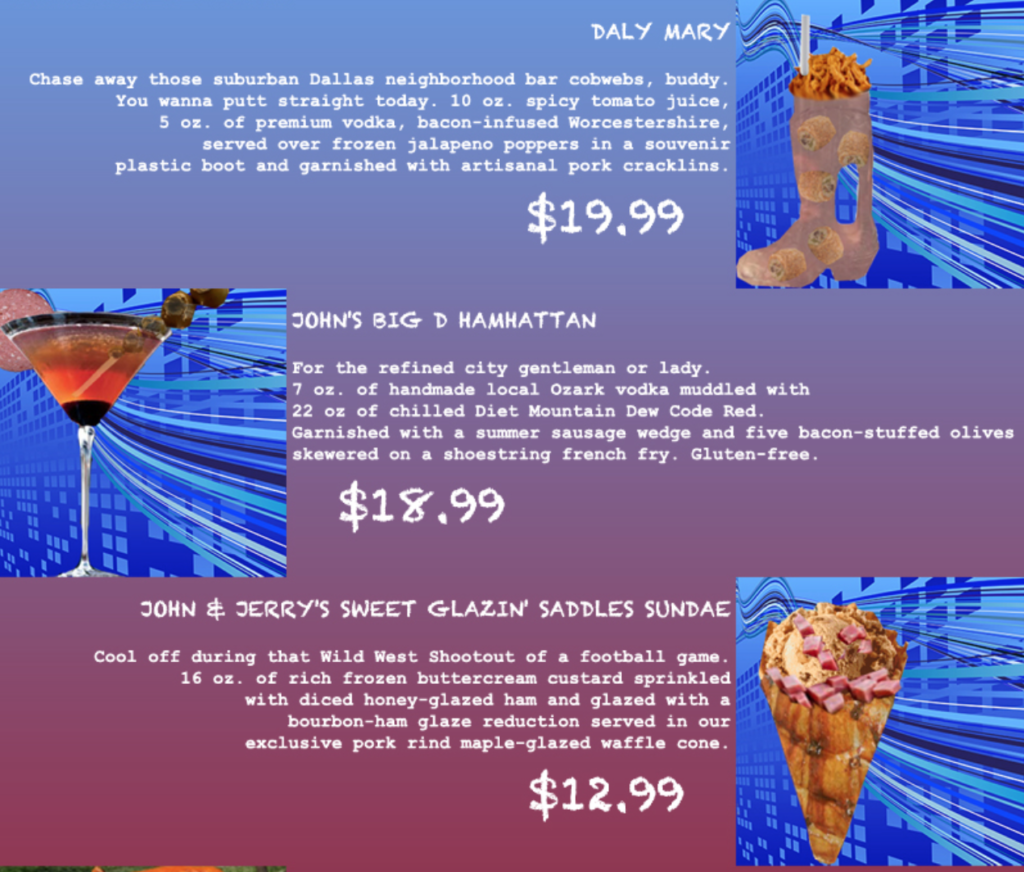 Pretty juvenile, right? But it’s all in good, creative fun, even if some A&M fan comments are borderline deranged. Click on the below GIF to see what I mean.

On the far end of the trolling spectrum is the 2014 book “Johnny Football.”  The author, Mike Shropshire, is by most accounts a legit sportswriter who has written for a lot of legit publications. His book is not self-published at all. Yet in his biography about Johnny Manziel Shropshire spends almost as much time insulting every program A&M plays against as he does telling Manziel’s story. With Arkansas, he launches forward with the following:

“Razorbacks fans introduced the league’s best-known game-day fashion statement, the red plastic Hawg Hats. Those were finally discontinued when it was discovered that Arkansas students were smuggling marijuana into games by concealing it in the snouts.”

After checking with some insiders, it appears the accuracy of this statement is dubious at best. And yet the Dallas-based Mike Shropshire casually throws it out as if it’s fact.  Later in the book, Shropshire keeps the propaganda rolling with incest jokes, poverty jokes and a reference to northwest Arkansas as the “primeval Ozarks.” He discusses Razorback fans’ “genuine pride” in “who they are” as an attribute of people everywhere who are “backwards and broke.” Then, for fun, he tells a story meant to substantiate this stereotype:

“A friend once told me that he had been in the army with a soldier who had grown up outside the town of Mountain Home, Arkansas. ‘First day of boot camp,’ he recalled, ‘they were handing out toothbrushes and the kid from Mountain Home looked at his and said, ‘What in the hell is thing thing?’”

I asked myself the same while reading Shropshire’s overall take on Arkansas.

It’s parody, I get it, and I don’t take his words seriously – although impressionable Dallas-area recruits may. Through the anti-Arkansas sentiment larding this book, I have come to realize there are different grades of trolling.

Even as an underdog Arkansas deserves better.

For email alerts of my future posts, along with sports interview roundups, go here. 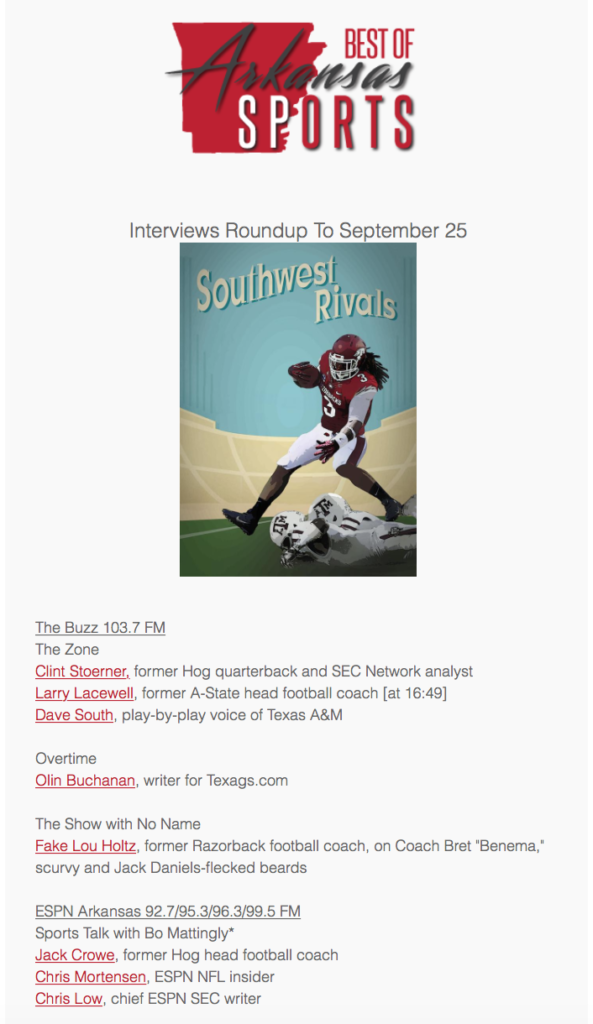