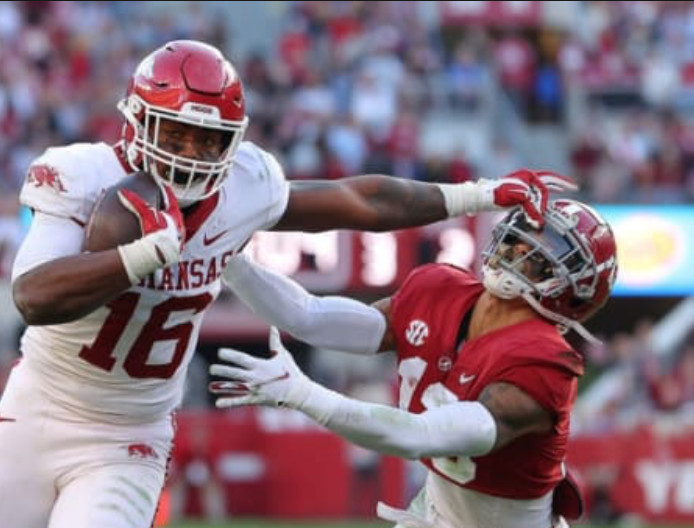 “If you start out depressed, everything is kind of a pleasant surprise.”

Lloyd Dobler’s spirit was irrepressible in the end, but for a good long while, John Cusack’s iconic rom-com character struggled. The 1989 classic movie “Say Anything” holds lots of maxims that apply to post-adolescent attitudes and behaviors. And we sports fans are not anything if we’re not post-adolescent, no matter what our actual birthdate may be.

Some sports fans go into each season counting on their team winning every game. The sky’s the limit, so to speak. They’re the type who say things like “Hey, everyone starts 0-0.” It’s an admirable quality even if it’s not one that’s terribly honest in its intention and ability for analysis. Other kinds of fans are like Lloyd. They go into a season counting on things going awry so that they can feel positive emotions when something doesn’t. It’s a defense mechanism. And a wet blanket.

All of us lean more one way than the other whether we’re totally in one camp or not. Over at Sports Illustrated’s All Hogs site, the latter appears more applicable.

Writer Kent Smith ranked all of Arkansas football’s 12 games this upcoming season from least important to most important. No sense in going through them all here with analysis as his work stands on its own. But one point to bring up is what’s marked as the least consequential.

Smith wrote that that spot belongs to the Alabama game. Here’s why:

“Arkansas came a bad call away from potentially upsetting Alabama last year. While the win would have been a huge feather in Arkansas head coach Sam Pittman’s cap and thrust Arkansas further into the spotlight, the annual battle with the Crimson Tide has been the least consequential game on the Razorback schedule for a long time.”

“A loss to Alabama doesn’t move the needle and neither do close battles. Barely losing to Nick Saban’s crew meant as much last year as it did when a missed extra point cost the Hogs during the Bret Bielema era. A win would be big, but in terms of how much a win helps vs. how much damage a loss generates, there’s not much to see here because the loss means nothing.”

On the surface, it makes sense. Arkansas hasn’t beaten the Crimson Tide since 2006. That’s not a major knock against the Razorbacks as only two teams have more than a win or two over Nick Saban’s bunch most of the last 16 years. Fellow SEC foe Tennessee owns the same 16-game losing streak to Alabama. Arkansas’ streak is long and unlikely to change. Eventually it must – and it came awfully close last year – but for now, Alabama will remain a heavy favorite.

That, however, is why Arkansas vs Alabama is actually significant.

What Alabama Football Represents for Hogs

Alabama will be ranked no worse than No. 2 in all the major polls entering the season. And No. 2 would be pushing it. It’s possible (likely?) the Crimson Tide are the unanimously favored team across publications. They’ve averaged 1.1 losses per season since 2011. Given the magnitude of the opponent, the game, by definition, can’t be bottom-ranked in importance. Beating them is huge, no matter who you are. Especially if you’re Arkansas.

Or a team like the Razorbacks. See, coach Sam Pittman has Arkansas’ fandom as high as its been since the hey-day of the Bobby Petrino era. The Hogs have their most dynamic quarterback since Ryan Mallett, a running back stable that rivals all but the most elite in the sport, maybe a top-five offensive line in FBS, a secondary with a million guys’ worth of experience. Things are looking up.

And because they’re so positive, so are the expectations. Pittman led Arkansas to a 9-4 record last year and as the saying goes, if you’re not getting better, you’re getting worse. No one but Arkansas football fans have the Hogs matching that plus-four regular-season win differential. ESPN’s FPI (disclosure: the author helped develop the FPI in its infancy) has the Razorbacks projected to go either 6-6 or 7-5. While such a record would still be a positive in most eyes, it doesn’t match last year, which would ultimately be a disappointment to some.

Beating Alabama, even with a final record of 7-5, would make it a successful season. The Tide aren’t going to lose more than three games in total and even that number, I’d bet against. Two max. Losing to Alabama as part of a 7-5 season isn’t a big deal. Adding to the intrigue is when the date with the Crimson Tide falls. Saban and the crew visit Fayetteville on October 1, the fifth game of the season. Games against Cincinnati, South Carolina, Missouri State and Texas A&M all come before. Arkansas could be 4-0 at that point – same as last year when they met the best team in the nation – meaning College GameDay would likely make its first stop in Fayetteville since 2006, when Darren McFadden ran for 181 yards and two scores in No. 11 Arkansas’ 31-14 win over No. 13 Tennessee.

That Arkansas team flirted with the BCS before things were felled in a two-game skid to end the regular season. Five years later, the Razorbacks did so again before Alabama put an end to those dreams. The point? Arkansas has to get past the best of the best to reach max potential under Pittman and Alabama still represents the best of the best even if Georgia got the better of the Crimson Tide last year.

But even Arkansas at 3-1 or 2-2 at that point, Alabama would hold as important, possibly swinging the season one way or or the other. The Hogs at 1-3 or – heaven forbid, because things will have fallen apart – 0-4 entering that game, the game is 100 percent moot with the Razorbacks having already fallen to inferior opponents.

That’s Dobler-type of thinking and in the Pittman era, not something that should happen anymore. Say anything you like, but the Tide remain key to unlocking Arkansas’ future.