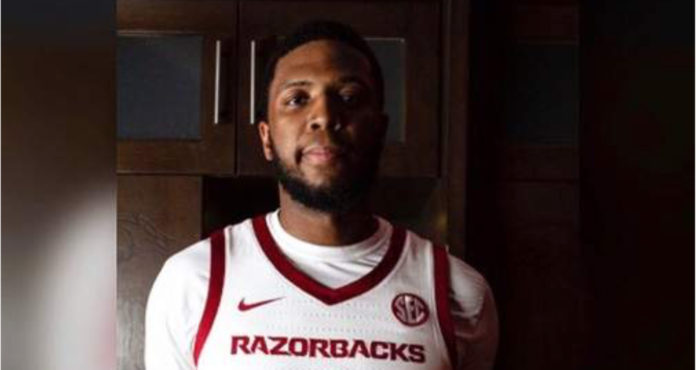 They say a rolling stone gathers no moss.

For a while, it seemed like that saying needed adjusting in the Eric Musselman era. The Razorbacks’ head basketball coach in mid May showed he’s every bit the stone-cold killer on the recruiting trail that Hog fans so passionately want him to be. With two big-time commitments on the same day, he was on a roll like no other previous first-year Razorback head basketball coach.

He got commitments from Connor Vanover, a 7’3″ assassin from behind the arc who chose his home-state Razorbacks over Vanderbilt or a return to California, and 6-5 Iowa wing Isaiah Moss.

But Moss, ranked as the No. 19 grad-transfer prospect by ESPN, stunned Hog fans by de-committing from Arkansas in early June. “After much thought and deliberation with my family, I have made the difficult decision to re-open my recruitment,” Moss Tweeted. “I would like to thank the coaching staff at the University of Arkansas for all they have done for me. I am hopeful and excited for what the future holds for me.”

A few days later, he committed to Kansas instead.

It’s unclear what prompted this sudden about-face, somewhat reminiscent of the one Dana Altman pulled after taking the Razorback head basketball coaching job in 2007.

It’s possible that Moss did like the intense competition for playing time that will occur and has a destination that will more likely provide him a starring role. Moss projected to join Isaiah Joe and Mason Jones in getting major minutes at the wing, but not long after he committed 6’5″ grad- transfer Jimmy Whitt committed to Arkansas.

Whitt had played point guard for SMU, but may end up getting more minutes at wing if current point guards Jalen Harris, Justice Hill and Desi Sills keep improving.

Blackshear Jr. is also reportedly considering the likes of Gonzaga, Tennessee, Memphis, Florida, Kentucky and Texas A&M, where his former coach Buzz Williams landed after being hired away from Virginia Tech.

A big man of Blackshear’s size, strength, skill and experience would turn Arkansas into a preseason SEC championship contender and thrust the Hogs into a few preseason Top 25 rankings, even with Isaiah Moss’ defection. His addition would have a domino effect on the Razorback roster. No longer would 6’8″ Reggie Chaney need to play center — he could instead fill his natural power forward role.

The 6’7″ forward Jeantal Cylla, too, would play less inside. He would likely be more used as a big wing, adding to the heavy competition at that position.

Here is Arkansas’ current scholarship situation, per Pig Trail Nation’s Kevin McPherson: “Arkansas’s men’s basketball scholarship numbers currently stand at 14, one over the NCAA allotted 13. If redshirt-sophomore guard Khalil Garland — who in two years at Arkansas has not been cleared to play — moves to a medical hardship, it would free up his basketball scholarship and consequently Arkansas would be at the maximum of 13 scholarship players on the roster.”

For an in-depth look at all of the Hogs’ committed transfers and past transfer possibilities, visit:

The below post from May 15 recounts Isaiah Moss’s commitment to the Hogs:

Moss projects to get significant minutes in 2019-2020. Once he successfully completes his degree this summer at Iowa, he will become immediately eligible as a graduate transfer.

Moss has the potential to form a devastating perimeter trifecta alongside Mason Jones and Isaiah Joe — a more physically imposing version of what the Razorbacks unleashed a few seasons ago with Dusty Hannahs, Daryl Macon and Jaylen Barford.

Indeed, his addition means that Arkansas would showcase the most prolific outside shooting team in program history next season, based on past performances at the college level. Consider Mason Jones shot 36.5% on 208 three point attempts a game last season and projects to improve by at least a couple percentage points.

Freshman Desi Sills hit 46.0% of his three-point attempts and should still shoot over 40% again even with a higher volume of attempts. Then there’s the crown jewel Isaiah Joe, who had one of the greatest three-point shooting seasons for a freshman in NCAA history. In all, Jones, Sills, Moss and Joe “combined to make 266-of-658 from 3 in ’18-19 for a collective 40.4% (with 3 of the 4 guards shooting at least 41.4%),” according to Pig Trail Nation’s Kevin McPherson.

“In Musselman’s pace-and-space offense — which looks to promote ball-movement via passing, 3-point shot attempts in bulk, and wide driving lanes for slashes to the basket that either lead to high-percentage shots at the cup or free-throw attempts — having depth in terms of perimeter shooting prowess will not only put stress on defenders trying to cover up the shooters, it should help create those coveted driving opportunities for downhill slashers like [rising junior] guard Jalen Harris and [rising sophomore] forward Reggie Chaney.

Check out Moss’s below highlights, in which he shows what the broadcaster calls “the highest pro potential” of any Iowa Hawkeye player:

Moss visited Fayetteville on May 11-12. He then visited Kansas on on May 13. Other schools reportedly expressing interest in Moss included Arizona State, Cincinnati, Illinois, Iowa State, Louisville, and Minnesota, according to TheSpun.com. In all, 50 schools contacted Moss, according to 247 Sports.

His final four schools were Arkansas, Oregon, Arizona State and Kansas. Some feared he would go to rival Iowa State, but he would never disrespect Hawkeye fans like that, his father Mike Moss told The Gazette.

“He really wanted to stay close to home,” Mike Moss said. “But he didn’t want to disrespect Iowa fans by getting back in the Big Ten. He has a fan base for life with that school. Iowa State was the same. He couldn’t go there either because of that. He also has all the respect in the world for Coach McCaffery.”

With Isaiah Moss in the fold, Arkansas now has all 15 of its scholarships filled. However, it’s highly likely that one to two of those scholarships will open in the coming months and another transfer (or certain five-star commit) could also be coming on board.

Read more about those possibilities here: