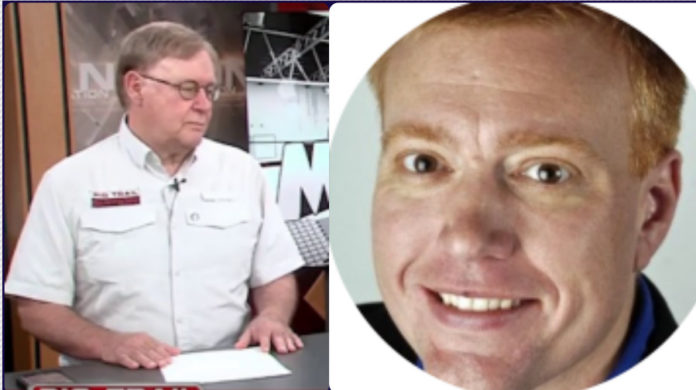 The Pig Trail Nation broadcaster has never had an issue going after people, schools or entire conferences for the matter, who stick in his craw.

Most recently, Irwin went off the high rope to land on a Tennessee radio host and SEC football columnist who, coincidentally, also took a shot at Vanderbilt.

In a recent column for Saturday Down South, Dave Hooker decided to make the case for yet more SEC expansion. Why stop at Oklahoma and Texas when you could potentially add more heavyweights like Clemson and Notre Dame.

Hooker then writes that, in order to make room for Clemson, Notre Dame or a couple of other blue blood programs, during the next round of SEC expansion the conference should boot out Vanderbilt and Arkansas.

“The simple fact is that the SEC would be a better football product with Clemson, Miami, Florida State or Notre Dame than with Vanderbilt and Arkansas,” Hooker writes.

They are almost always at the bottom of the SEC, a few James Franklin years notwithstanding, and have never even won the SEC East.

“The Razorbacks just don’t have the type of in-state talent base to compete with other SEC teams on a consistent level and that’s not going to change anytime soon. The glass ceiling already was low before Oklahoma and Texas decided to join the SEC.”

He continues: “Arkansas has had varying levels of success recruiting against the Sooners and Longhorns in their home state. Selling the SEC surely was part of the pitch to prospects who were considering Arkansas.”

“That leverage is gone. Prospects in Texas and Oklahoma can play in the SEC and stay close to home.”

So, Arkansas should be kicked out of the SEC because it will potentially lose out on some Texan recruits (which Barry Switzer actually argues against)? This is, by the way, is the same issue Missouri, Ole Miss, LSU and Texas A&M will have to deal with to varying degrees.

When asked about it on a recent episode of “Ask Mike,” he said Hooker’s column was “idiotic” on multiple levels.

For one, teams don’t get kicked out during SEC expansion. “You don’t expand by adding two teams and kicking two current teams out.”

Also, Hooker is “clearly clueless” to the fact that the Arkansas football program has gone to three SEC championship games.”

“While the football program has hit a rough spot, it’s on the way back and I’ll match Hog fans with just about any fan base out there.”

Then, by kicking out Arkansas, the SEC would lose one of its most well-rounded and competitive schools when considering how good the Hogs are at track, baseball, softball, gymnastics, basketball, soccer and more.

He also makes the argument that most SEC fans would rather make road trips to Clemson and South Bend over Fayetteville and Nashville.

Nashville’s an awesome city, and while Vanderbilt’s stadium is a dump, the city makes up for that.

Saturday Down South Redeems Itself

Today, another SEC columnist for Saturday Down South came out with a mostly positive piece about the Razorbacks.

In a game-by-game preview piece, Connor O’Gara predicts Arkansas will win 7 games in 2021 and go bowling.

For instance, here’s what he says about Arkansas vs Texas in Game 2:

“This is a bad matchup for an offense trying to learn a new system. Arkansas’ experienced defense, which should have no shortage of time to prepare for Texas with such a favorable opener, will force 3 turnovers and the college football world will belly laugh at Texas’ SEC future.”

And then O’Gara predicts that Arkansas will win just two games later against Texas A&M, propelling the Hogs into the Top 15:

“[Jalen] Catalon winds up with a pair of interceptions, including the one to seal a nail-biter victory. Fire up the jukebox because the Hogs are FIRING out of the gates.”

After that, here are his Arkansas football predictions:

“I expect a somewhat high-scoring game between two offenses that should have more of an established identity by this point.”

“But in the end, I think Jefferson picks on Martin Emerson one too many times and MSU squeaks out a victory in Fayetteville.”

Are you feeling hyped yet?

This will take it to another level:

And a breakdown of the upcoming Arkansas football season: