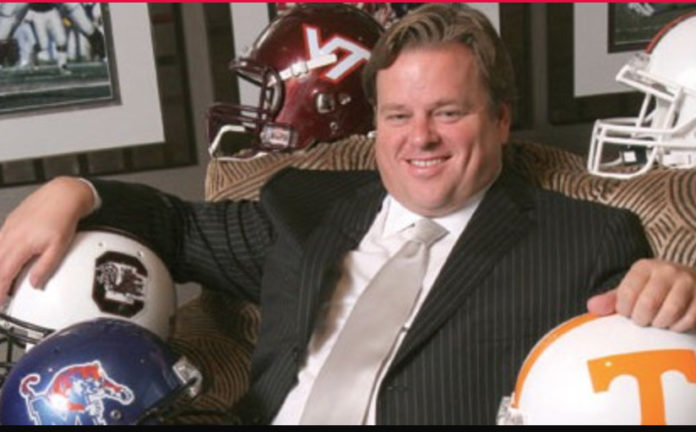 First, let’s focus on the unapologetically and unambiguously good: it’s been at least a decade since Razorback football fans have been able to feel quite this comfy as the calendar turns.

How good has the past three months genuinely been? Even in the initial weeks after the conclusion of a charmed regular season, the Hogs are still making ripples.

Alabama, just two weeks removed from getting pushed to the brink by the Hogs at Bryant-Denny Stadium, throttled No. 1 Georgia in the SEC championship. Bryce Young terrorized the previously untarnished Bulldog defense in a way that validated our views of the Hogs’ rapid progress.

Sam Pittman, perhaps controversially, changed agents as well. There’s an undercurrent of cynicism about moves like this, to be sure, but if anything it signals the coach’s determination at his job.

And what a job he’s done. His Hogs will get a prized opportunity to win nine games for the first time in a decade. Shortly after Bama re-cemented itself as the bully of the playoffs, Arkansas fielded a New Year’s Day invite to Tampa for the Outback Bowl against Penn State.

All of this is imminently newsworthy here, and the very fact this program has such kinetic energy in this in-between season again means much.

I awoke Sunday morning to find some miffed folks on social media. That’s nothing new.

This time, though, the vibe toward Pittman was cooler than usual. He signed up with Jimmy Sexton after a productive run with Judy Henry of Little Rock law firm Wright Lindsey Jennings as his agent.

I’m aware that this move stirs old emotions in this marketplace. Sexton, after all, carries a heavyweight reputation nationally, and to borrow a phrase from the great Sturgill Simpson, it ain’t all flowers.

Sexton, notably, represented Houston Nutt many moons ago. He did it awfully well, too, and that aggravated this Hog fan plenty in those days. I was an advocate for change in that Razorback head coaching position in the early 2000s; Sexton was an able, skilled advocate for his client. It turns out that a law student’s bitching on a message board carries zero weight compared to an actual agent’s toiling.

Nutt famously or infamously parlayed his mediocre performance here into a decade-long run. Sexton played a big role in Nutt’s tenure being extended and his coffers being enriched, but Pittman has that same right.

Years later, I’d be a hypocrite if I didn’t disavow my former stance. Does it mean Pittman is going to angle for, and likely get, more money to stick around? You can be certain of that.

It also shows Pittman’s extreme, and well-placed, confidence in what he and his staff are creating. For years, this state’s inferiority complex has led some folks to believe that little ol’ Arkansas will never be able to afford the luxury of a big-time college football program.

I don’t ascribe to that theory. I lamented Nutt being paid handsomely for underachieving, but a win over Penn State would give this team only its seventh nine-win season in the last 30 years. And for all his faults, Houston Nutt at least claimed four of those.

Further proof of the Hogs’ progress, and Pittman’s value and mission, arrived in the form of the Outback Bowl invite. Quibbles about the distance for Hog fans to travel aside, it’s the most prominent bowl in a decade.

Arkansas and Penn State, while both being historically relevant programs, literally don’t see each other. Ever. This is a first-time meeting, which amplifies excitement for any game even if this Nittany Lion squad faltered late.

PSU, in fact, looked very much like a national title contender as it ascended to No. 4 in the polls with a 5-0 start. Then, James Franklin’s crew flatlined in a big matchup against Iowa, setting in motion a 2-5 finish.

The lowlight, on the heels of the loss to the Hawkeyes, did catch Hog fans’ attention for a couple of reasons. Former Razorback coach Bret Bielema’s Illini authored the nine-OT upset, which of course trumped the seven overtimes Arkansas needed to beat Ole Miss in 2001, and Kentucky in 2003.

The Nittany Lions, while undoubtedly stung by this 7-5 season, also didn’t constitute a pushover, with a stingy defense and a heady, experienced quarterback in Sean Clifford. They lost those five games by a combined 21 points, and save for the Illinois debacle, Top 10 competition handed them their losses.

For that reason, and perhaps surprisingly, Penn State enters as an early favorite across sportsbooks. This is, after all, Arkansas’s first bowl game in five years.

Pittman’s made it clear he expects it to be the first of many. He’ll get compensated accordingly, and deservingly, because this fun ride is far from over.

Oklahoma receiver Jadon Haselwood recently exited the transfer portal to don a Hog jersey. The former five-star will have two years of eligibility in Fayetteville, and provides an immediate boost to one position of need. There’s no question that Haselwood, a full-blown superstar in the 2019 class, legitimizes Pittman’s objectives.

He’s a playmaker who was productive at OU in a crowded field of receivers and is physically imposing a la Treylon Burks, whom the Hogs must officially replace now that Burks has announced he’s heading to the NFL.

Haselwood, a former five-star player, is tied with Ryan Mallett as the highest rated incoming transfer in Razorbacks history. Nothing he’s done in a short tenure at Norman has swayed anyone to believe he can’t produce in the SEC.

Pittman’s apparent, justifiable desire to be competitively paid is no sin. He’s no different from Haselwood, this 20-year-old phenom who just brought his last two years of eligibility east a couple of hours. But why do we feel so entitled?

If Haselwood doesn’t pan out, he’ll join a raft of other athletes who did the same and we’re hardly annoyed by that. But presuming Pittman’s teams regress a bit–or God forbid, a LOT–in the next couple of years, fans will point to the fatter salary and demand retribution. Accountability. Transparency.

That’s kind of silly. I genuinely didn’t know or care what a Hog coach made until Nutt. Ironically, Jimmy Sexton started making the message board proletariat of the late 1990s and early 2000s genuinely lathered about it all.