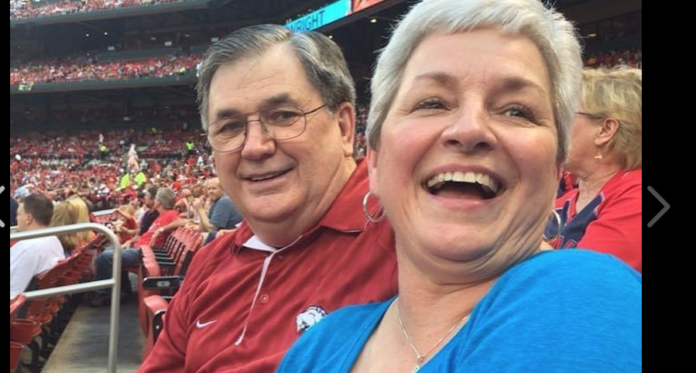 On Saturday, Ron Crawford passed away at the age of 76 after spending much of the summer in hospice, his family announced on Facebook.

Crawford, a Little Rock businessman, founded the Arkansas Wings in 1980 and turned that AAU program into one of the nation’s most successful. Through that program, he and his coaches helped develop and promote countless future Division I and NBA players, including the likes of Derek Fisher, Corliss Williamson, Bobby Portis, Dusty Hannahs, Archie Goodwin and Malik Monk.

Thank you Coach Crawford!You blessed us as players, parents , & coaches. You provided platform to display our talents , the opportunity for our kids to go to college & pursue their dreams, and a blueprint of serve others. Rest Well Coach!!Peace & Comfort to the Crawford family?? pic.twitter.com/yjVh4ub9hC

Here’s what Marcus McCarrool, one of the coaches who worked with Crawford and a longtime mentor/trainer to Portis, had to say on Facebook:

“God called a Angel home. Coach Ron Crawford was a influential part of many young men in the grassroots program here in Arkansas. He was all about the kids. I will never forget the long rides and talks of wisdom you poured in my direction. I drank every drop. My condolences go out to the Crawford family during this trying time.”

Like Charles Ripley, also recently deceased, Crawford was a deep repository of Arkansas basketball knowledge, having playing a role in many of its most important moments. I also enjoying talking to Crawford, who lived in the Bryant area, and hearing his stories.

Some of the ways in which he helped the local teens were never well publicized. For instance, the Razorbacks’ second McDonald’s All-American (after Ricky Norton) was Willie Cutts, whom Crawford told me he essentially adopted during his high school years at Bryant High.

Cutts, who had starred at Conway, transferred to Bryant and helped lead the Hornets to a 33-2 record and a state title.

Below is a story I wrote a few years ago for Letterman Magazine after interviewing Crawford about those Wings and his basketball story:

Today, in Arkansas prep basketball circles, the words “Arkansas Wings” are synonymous with “winner.” It’s an inevitable association, considering the 12 national championships and multiple NBA players the prestigious AAU program and its 22 total teams have produced over the decades. Two Wings alumni – Derek Fisher and Corliss Williamson – even squared off against each other in an NBA Finals.

It wasn’t always this way, though.

Indeed, in 1980, Wings founder Ron Crawford didn’t even know Amateur Athletic Union basketball existed at the youth levels while coaching a Boys Club basketball team in Benton. Until that time, rules restricted Arkansans in grades 7 through 12 from participating in school sports while playing out-of-season sports off campus. Around 1980, though, this rule was relaxed and Searcy-based Carder Buick became one of Arkansas’ first AAU programs to benefit.  Its 13-year-olds team played Crawford’s Boys Club team and “beat us by 50,” as Crawford recalls.

Basketball had inspired Crawford since his early days in Kennett, a southern Missouri Delta town also home to country star Sheryl Crow. Crawford, though, was young for his grade and couldn’t make the school teams he wanted. At 18 years old, he moved to St. Louis and started operating milling machines for McDonnell Aircraft manufacturer.

He also began organizing his own basketball squad, but he dreamed of playing for the company’s prestigious “Wings” basketball team, named after the “Wings Assembly Section,” Crawford recalls. That team played in various leagues including a men’s AAU league. After four years of constant practice and solo training, Crawford finally broke through and made the team. What he felt he missed as a teenager, he was finally getting as an adult. “All my youth experiences that I hadn’t had, I got crammed into four or five years.” To this day, he wants his program’s players to enjoy experiences as teenagers he never could.

Crawford began working more often with young people after he became a power tools salesman and was recruited to start a new company in Little Rock, which had been part of his territory. After moving to Saline County in 1971, he taught Sunday School and was later the Fellowship of Christian Athletes chaplain at Bryant High School, he recalls.

Through it all, he appreciated how much better behaved Arkansas kids were than their inner city St. Louis counterparts. A safer and more polite culture had originally compelled him and his wife Linda to move to Arkansas. A slower pace and better schools for his children, Linda and Keith, were also pluses. Crawford credits his family’s support and God’s blessing  for the success of his 41-year-old business Southland Metals, Inc. and the Wings program it has helped finance.

He adds when it comes to the Wings’ success, good behavior and good grades are more important than high talent. “I’ve sent players home not for doing drugs or beating up somebody, but for missing curfew or being selfish or not being good teammates,” Crawford says. He adds he very proud of the roughly 400-500 college scholarships Wings players have received since 1980.  But learning what you don’t know is also important, as Crawford firsthand found out after that 50-point loss when he was putting together his first Wings team.

He called the office of Eddie Sutton, then the Razorbacks’ head basketball coach. “They gave me down to [assistant] Pat Foster, and I told Coach Foster my dilemma, that I didn’t know anything about basketball and could I come up and work for a camp? So Pat let me come work one of Eddie Sutton’s camps and I learned a lot that week from them.

“I was up there learning and when I realized how little I knew, I began to study – and to make sure every team I’ve ever coached on, that I had somebody better than me on the bench whenever possible,” Crawford says.

That lineage of coaches started with Steve Schall, a Razorback in the 1970s, and has continued through Charles Baker, a former Division I assistant college basketball coach, who was at the helm of the 2015 Wings Elite team which played in the prestigious Nike EYBL tournament.

That team included Fayetteville High senior Payton Willis, Van Buren High senior Mitchell Smith and Bentonville High senior Malik Monk. They were able to train in a Springdale gym the Wings own as a result of the program’s statewide spread. The Wings began a northwest Arkansas satellite about five years ago.

Birthed from the sting of a 50-point loss, the Wings have soared high and far.

Rest in peace, Ron Crawford. Arkansas basketball owes you, Charles Ripley and Eddie Sutton a debt of gratitude for all you did..

For more on his legacy, see this: