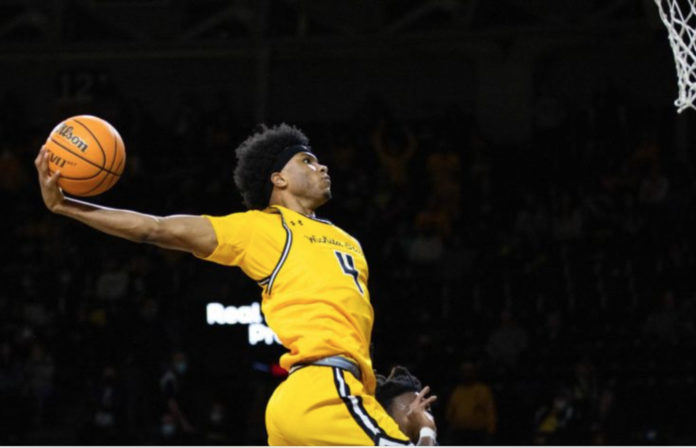 The king is dead. Long live the king.

Parents teach their children that too much of a good thing is ultimately bad for you. Children, as they do, don’t heed this advice (warning) and must experience it for themselves. Grown people, however, do the same thing. The great things of the world in excess can, and often do, cause at best distinct change – and, at worst, harm.

Perhaps even worse than children, adults attempt to go overboard. The difference is they probably know better. Adults do too much of a good thing and in their (our) pig-headedness, we attempt to fit the square peg in the round hole. Sometimes it actually works. When it does, most of us go, “See! Told you!” When it doesn’t, we pretend it never happened. Remember, for example, how Bret Bielema’s focus on the offensive line was going to build Arkansas’ running game back to an elite level?

Arkansas basketball has a lot of good things going right now. So much so, in fact, the Razorbacks have been ranked as high as No. 3 in the offseason college basketball polls. Top recruit Nick Smith Jr. was just named the No. 1 recruit in the Class of 2022 this week. CBS’ Dennis Dodd has Arkansas tabbed at that spot heading into the summer. And it looks like the Razorbacks’ roster is awfully close to set.

The Razorbacks have no more free scholarships after the announcement of Jaxson Robinson’s entering of the portal on Thursday and the commitment of new transfer Ricky Council IV on Friday.

No more available scholarships means, at this point, it’s safer to assume that the Jaylin Williams era is over at Arkansas. Williams, who declared for the NBA draft in April but didn’t hire an agent, now seems less likely return to Fayetteville as he tests the NBA Draft waters. The general consensus on his draft spot is the middle of the second round. It’s possible that another Razorback could transfer away and free up a spot for Williams, should he want to return, but such a transfer would need to apply for a waiver in order to play next season.

His return is the assumption under which Dodd wrote his too-early Top 25. Even without Williams next year, though, big things will be expected for the Razorbacks as Council solidifies one of the best two or three transfer classes in the nation.

As a second-year freshman for the Shockers, the 6-foot-6, 205-pound Council dropped 12 points a night while playing an average of 28 minutes. Not shabby. Sure, there’s a red flag in regards to his outside shooting, which nosedived from 44% in his Year 1 to 30.6% last year. But he usually has a good stroke – as his 85% free throw shooting shows – and can feast on drives to the rim and breakaway dunks, which should come in handy playing alongside the likes of Nick Smith, Devo Davis and Anthony Black.

In fact, with Jordan Walsh, Council will form what could go down in the Arkansas basketball annals as the program’s most spectacular one-two combo in terms of sheer dunking ability.

Council’s most important role will likely come on the defensive side of the ball, where his ultra-quick hands, quick feet and 6’10” wingspan should wreak havoc. “Council could very well have the best body of the Razorbacks’ incoming and returning players,” Whole Hog Sports’ Scottie Bordelon wrote.

“In an interview with WholeHogSports after his official visit to Arkansas, Council said his goal was to win defensive player of the year in the league he landed in. With his size, explosiveness and ability to guard multiple positions, he can be an immediate asset as a defender.”

Last season, Council posted the second-best defensive rating (96.3) among five Shockers players who logged more than 500 minutes, Bordelon added. As you can see in the video below, he’s a true force whose physicality and energy would somewhat help make up for the loss of an All-SEC star with a high motor like Williams:

Council is very much in the “position-less” wing mold that Jimmy Whitt and Au’Diese Toney have played so well in the past for Musselman’s Razorbacks. Certainly, he’s more versatile than Jaxon Robinson, who had a pure stroke from deep but didn’t do enough in other facets to stay on the court late in the season.

Modern basketball’s emphasis on versatility is a big reason that Connor Vanover, despite his modest skill in shooting from the perimeter, didn’t pan out with the Razorbacks. At 7-foot-3, Vanover basically could only play one spot and that spot was one in which his lack of foot speed limited him. Long gone are the days of traditional centers proliferating the college basketball scene. Perhaps Vanover – who does have talent, even if his athleticism wasn’t SEC-caliber – can have a greater effect in the Summit League playing for Oral Roberts next year.

Basketball coaches seek players who can play multiple of the old-school positions, even if, basically, there are only three anymore: ball-handler, wing and big-with-moves. Stationary guys need not apply anymore. Even pure big men like Daniel Gafford, who can’t and doesn’t shoot from outside the paint, have athleticism enough to provide skill in the roll-game of pick and roll, taking lobs and throwing down. Variations exist within those categories, but differentiating between a power forward and center and a shooting guard versus a small forward is semantics nowadays.

The Arkansas basketball roster, as it stands and assuming Williams leaves, looks something like this:

Several things to note before continuing: Blake is a walk-on and Arbogast is a former walk-on. Neither are likely to see significant minutes. The Mitchell brothers, Graham and Brazile are all transfers, recruited, in theory to help Arkansas more in the short-term than the long. Brazile is a long-term add, too, but he will be expected to play immediately. Walsh, Dunning, Pinion, Smith, Black and Ford are all seniors in high school and would be freshmen next year. Walsh, Black and Smith are five-star recruits, while the other three were four-star prepsters.

The question is what message does Council’s transfer send to the six incoming freshmen, all wings or guards. His introduction says something to the players on the roster, whether Musselman or Arkansas mean it to or not.

Consider Jaxson Robinson was brought onto the roster, recruited even, specifically because he was expected to be a large piece of the puzzle. It didn’t work out on the court and he’s moving on to his third school in three seasons. This after he skipped his senior year of high school. Not ideal for the NCAA’s so-called student-athlete, eh?

Dark Side of the Transfer Market?

Last week, we wrote about how the NIL and transfer portal have changed the sport of college basketball. It’s a bit of a chicken-or-egg issue when it ties to this. Players are encouraged to enter the portal to find their best spot largely because their best spot isn’t their current location. Robinson proved himself to be a competent SEC player, even if just a bench one. So if Pinion or Dunning or Ford or Brazile don’t get run in Year One on campus, though, they could very well be the next ones to enter the portal.

Really, it could be any player, though those seem to be the next tier of possible transfers a year from now. Those four players are only specifically mentioned because they’re the lowest rated among the youngsters incoming. They’re expected to be, based purely off their recruiting rankings, not quite as high-achieving as the others.

(It’s conjecture, roll with it.)

The point is the demise of traditional college basketball is largely self-perpetuating. Personally, the moving and shaking is what’s best for the college basketball player. But note the italics. None of this is good for the college basketball-playing student. Bouncing from campus to campus, sometimes as many as four different schools, over six years isn’t ideal for creating a quality education. That isn’t to say the players aren’t smart enough. That’s moot. But little rapport can be built, little identity, if a player isn’t a place long enough to proverbially unpack.

And still the NCAA presses forward with the idea of the heroic student-athlete. They are heroic, absolutely. Juggling practice, academics – and now, personal brand management thanks to the NIL – at the collegiate level, especially the major conference collegiate level, is a Herculean task. The NCAA’s proclamation that it’s about the whole person, though, is folly. The rabbit-hole is open and no bottom is in sight. College basketball – and football and baseball and other major sports – are simply taking advantage of the new system. Collegiate sports’ largest governing body traded one problem for another.

Things need not always go down this path. The United States is the only country on the planet that treats college sports this way. The rest of the world, first-world or otherwise, have youth sports academies separate from university learning.The players here in the States are just caught up in the flood of it all.

The king is dead. Long live the king.