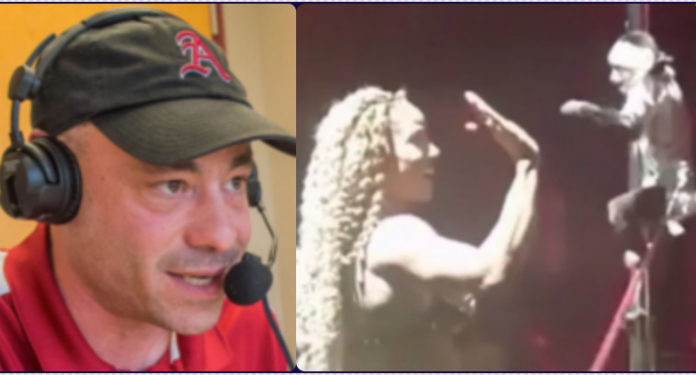 It’s been a few days since “Monkeygate,” the surreal Halloween night story centering on an alleged bite of a pet monkey owned by a stripper cohabiting with Texas special teams coach Jeff Banks, erupted on the national news landscape.

For a while, we waited with bated breath as to whether the Longhorns public relations staff would issue a statement pertaining to said monkey-child incident. It looks like such a statement won’t happen. It also looks like Banks and the entire Longhorns athletic department would like for this whole thing to blow over and fade into oblivion.

I’m happy to report there will be none of that.

These are the Texas Longhorns we’re talking about here, folks. And a stripper who once graced “The Jerry Springer Show” nicknamed “Pole Assassin.” And a Panamanian white-faced capuchin named Gia. No way this gets buried so long as the Razorbacks hate Texas.

That’s been the case when it comes to barbs thrown by national media:

It’s also been the case, blessedly, with it comes to the Arkansas sports media.

Elson, who also co-hosts “Halftime” on ESPN Arkansas, got the ball rolling on Tuesday by making light of Arkansas’ special teams woes this year: “For all of the complaints that you might have about special teams coach Scott Fountain, at least he’s not in the news for this.”

On that same show, Danny West, the Rivals recruiting reporter, joined in on the fun:

“This one is crazy. I’ve seen some stuff now. Don’t think I’ve ever seen a monkey involved, but boy, it could only happen to Texas. I think it would only be funnier right now if it happened at LSU maybe, but for it to happen to Texas, just one more blow to them man.”

“They’re just not back. They’re not back yet, guys.”

The Meaning of Monkeygate and Jeff Banks’ Involvement

Deliciously, Arkansas has played a big role in Texas’ failure to returning to the summit. On September 11, the Hogs handed Texas their first loss of the season, a trouncing so bad that it spurred a conspiracy theory that Steve Sarkisian instructed his Longhorns to lose on purpose.

On the year, the Longhorns are 4-4 and have lost three consecutive games (granted, those three have been to top 20 teams in Oklahoma, Oklahoma State and Baylor). Whether they will win more games than the Hogs this season, despite playing in a much weaker conference, is essentially like a game of chance you’d play on 21Casino.

The fact Monkeygate happened to a Longhorns assistant who left his family to shack up with someone named “Pole Assassin” takes the sting off the Razorbacks’ own current three-game losing streak in conference.

In the next few years, Texas will be joining that conference. As Arkansas sports radio host John Nabors sees it, Monkeygate is a perfect fit for the SEC:

“I don’t know who I need to make fun of because there’s so many people to take shots at. But if this doesn’t just scream the SEC, I don’t know what does,” Nabors said on his Razorbacks podcast.

“I know Texas is going to be joining the conference here in a few years, but welcome to the party, pal.”

“This is a great way to start your tenure with the SEC because this might be one of the most SEC things of all time. And it’s just funny because it happens to happen to Texas who’s already having a rough go of it this season. And you wanted to add in to the mix of a dancer named Pole Assassin with a pet monkey?”

“This is just too good to be true. One of the best stories of college football already. I can’t wait for the “30 for 30″ to come out about it.”

Please, for the love of all things #HornsDown, let there be a documentary made about Monkeygate. Ultimately, anything that detracts from the Texas Longhorns brand is an add for the Arkansas Razorbacks.

Get the background on Pole Assassin and Monkeygate here: