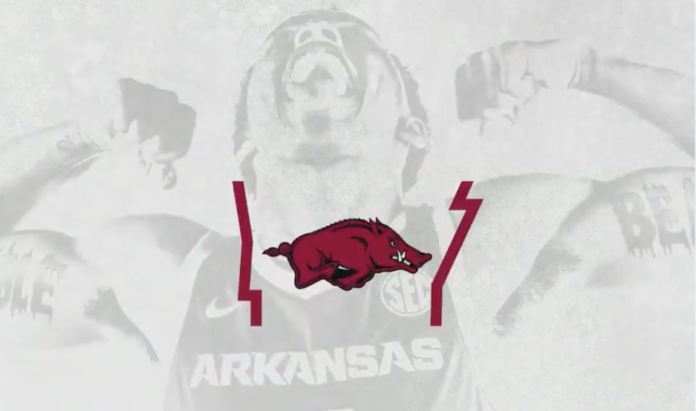 Before this season, Razorback basketball fans worried about their team’s firepower. While the squad projected to be salty on defense, there were tons of questions about how quickly its young players would develop. The biggest one: Could the program replace the production of Daryl Macon and Jaylen Barford, the program’s best offensive backcourt in decades?

These last two games have provided an answer: A resounding “Yes.”

In those games, one at home and one away, the Hogs have totaled 219 points. That’s the most in a two-game span including an away game since the 1993-1994 season, when Arkansas was the No. 1 team in the nation and slaughtering foes on its way to its first national championship.

That 1993-94 season was a special one. It was the first season in which Razorback basketball called Bud Walton Arena home. Led by sophomores Corliss Williamson and Scotty Thurman, they opened up things with a bang.

Like in ’94, this year’s Razorbacks are led by an All-American caliber sophomore big in Daniel Gafford. The surprising part has been how quickly freshman Isaiah Joe has developed into looking like a Scotty Thurman-caliber player. After hitting 14 games in his last two games, Joe is still on track to smash all kinds of Arkansas basketball shooting records.

Gafford and Joe have plenty of support so far. Shooting guard Mason Jones is looking like the best JUCO transfer in the nation. Freshmen Reggie Chaney, Desi Sills and Keyshawn Embery-Simpson are gaining confidence and improving game by game.

Then there’s point guard Jalen Harris. He averages 7.3 assists per game to only 1.3 turnovers — one of the nation’s best ratios. Harris, though, hits only 36% of his field goals. If he improves on that, this offense will get even more scary.

• Freshman Keyshawn Embery-Simpson scored a season-high 14 points, making 5-of-6 shots from the fields including 4-of-5 from 3-point range.

• Jalen Harris finished with an impressive stat line with 8 points, 12 assists, 6 rebounds and 4 steals. Harris, who entered the game sixth in the NCAA in assist-to-turnover ratio, has dished out 39 assists with just five turnovers spanning the last four games.

• Arkansas is now 131-7 in games under Mike Anderson when leading at halftime with a current streak of 46 wins in such games.