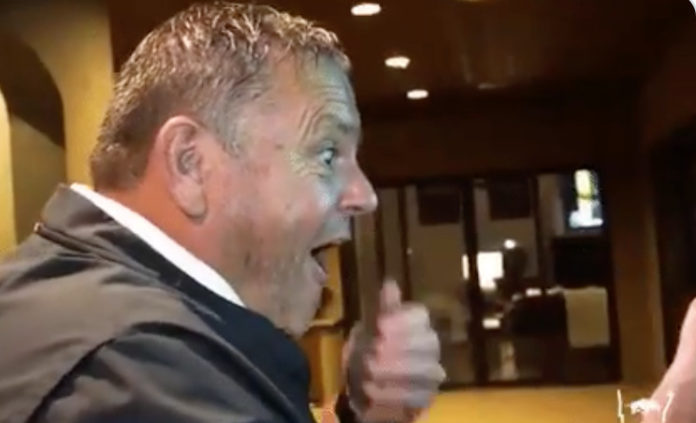 Even during its best years, the Arkansas football program has even been studded with five-star talent. Sure, it may nab an Ahmad Carroll or Darius Winston here, or a McTelvin Agim there, but it also sometimes goes consecutive seasons without a single five-star player on its roster.

That’s not the case with the bluer blood programs like Arkansas’ most recent opponent Penn State, which annually signs at least one top 50 player and usually has multiple 5* recruits on its roster.

Under the strong coaching of Sam Pittman, however, the talent gap appears to be becoming increasingly irrelevant. Yes, it made all the difference against Georgia, but it didn’t matter against Texas A&M, which Arkansas knocked off this fall, and it almost wasn’t enough for Alabama, which just escaped Arkansas at home.

In some aspects of the game, however, it looks that the Arkansas football program is wielding overwhelming blue-chip talent of its own. Specifically when it comes to the social media and graphic design folks working in the Razorback Communications department. They have been killing it all season long, delivering one satisfying takedown after another as the season rolled on.

The latest evidence came on the heels of Saturday’s Outback Bowl win, which capped the Razorbacks’ first 9-win season in a decade. The Tweet stated that Arkansas had won every Outback Bowl, with the exception of every one played prior to 2022 (this was also the first Outback Bowl appearance for the Arkansas football program).

This was a dig at a B team move by the official communications department of Penn State last February before the Super Bowl. The Nittany Lions Tweeted an image stating Penn State football had at least one player in every Super Bowl. Then, in fine print, the kicker: “except for five since 1967.”

That’s sort of a big disclaimer. Casually throwing that that in evokes the hilarious disclaimers on the end of this SNL mock commercial about womanly matters:

Last February, the Twittersphere immediately jumped on the Penn State football program like a bunch of ax-wielding Tina Feys. Similarly, after the Razorbacks’ burn, they gave props.

A lot of this, naturally, can from the Razorback fans. But a surprising level of admiration also came from Penn State football fans.

“I’m a PSU fan,” this one wrote. “After about week 4 i wanted an Arkansas shirt cause i liked how they played and Pittmans energy. After this tweet im definitely getting one now haha Kudos.”

“As a #PSU fan give your social media person [apparently Trent Daniel] a raise,” another one added. “This is so good that I can’t even be mad.”

And Sentinel of the Thicc comes in with this: As a Penn State [fan], not even upset, this post is fantastic.”

Razorback fan Blake adds: “If all the people on this thread who claim to be Penn St. alums really are then y’all have a classy program and fan base. I don’t know much about Penn but I will be stopping and rooting for them when I come across a game from now on. Unless their playin my Hogs of course.”

Not All Well with Penn State Football Fans

Not all Penn State fans are so cool. Some had to remove their pacifiers and let out a good bawl.

“Maybe Arkansas should shut the he’ll up until it puts together more than one relevant season,” John Gilger wrote. “Game is totally different if our D opt.outs played. I don’t care if you didn’t have your wr. We had a better one opt out.”

And then there’s this: