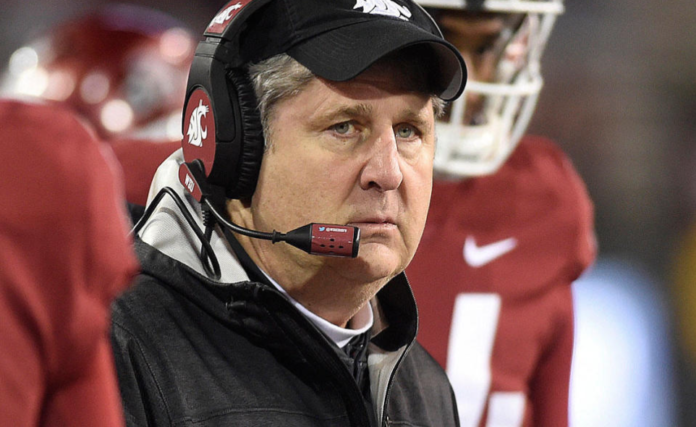 Morris is out.  The coaching search begins and predictably, the names of potential candidates are flying around like a flock of Mallards making their way into the flooded timber….

But now, Paul Finebaum has jumped into the fray, suggesting this would be the perfect time for Gus Malzahn to leave Auburn to take the job.  After using Arkansas to bump his salary two years ago, he’s the only current, active coach who could rival that level of alienation.

None of us needs your advice, Paul.  In fact, I’m not even sure how you got your megaphone….

THE REAL CANDIDATES FOR ARKANSAS’ NEXT HEAD COACH (Potentially)

—Seems like he’s mentioned every time we have a coaching search, kinda like Bill Self in basketball (which is a pipe dream).  I’m not exactly sure what the fascination is here.  He’s sitting at the bottom of the Pac 12 North.

—He’s done a good job at Memphis.  Currently 8-1 on the season.  Everyone thought he was for real two years ago because his wife is from Arkansas and he went to UCA.  But, rumor had it his name was bumped off the list when we hired Morris because of some Petrino like scandal.  But, when ESPN Gameday comes to your town you’ve gotta be doing something right.

He was my choice two years ago.

—This Alma native went to Arkansas Tech, so he’s got to know Arkansas culture and he’s got the Mountaineers at the top of the Sun Belt.  Still, he coaches in the Sun Belt. And he’s only been there a year.

—I don’t know what the fascination is here.  He’s got his team in the middle of the pack in the Big 12.  Good showing against Oklahoma, but lost 42 to 41.  We don’t need a middle of the pack guy from a conference that doesn’t play defense trying to lead us through the SEC.

—2017 Broyles Award winner and successor to Chad Morris at Clemson.  Not sure we need another offensive coordinator from Clemson.

—Not sure I want a coordinator of any kind.

Lane Kiffin has also been mentioned as a candidate.  No bueno.

He coached the Oakland Raiders (miserably) at 32.  Two stints at USC as the OC and as the HC.  He was at Tennessee for a minute, OC at Bama for a minute (until Saban couldn’t take him anymore).  He didn’t even coach in Bama’s bowl game that year.  He’s been at Florida Atlantic (7-3) for a few minutes.

Despite his invention of the cheesiest fake name in the history of picking up women, the more important reason to not hire him is his personality and, like Bobby Petrino, he’s always looking for the “left lane” to haul ass out of town to his next gig.  He’s 44 and has had at least five head coaching jobs.

Look, we’re trying to rebuild a program here and you can’t do that when you can’t trust the guy to stick around for a while.

And, this may sound like a point of minutiae to some, but he’s spent the bulk of his career in California and now he’s in Florida.  In other words, areas that are completely different culturally than Arkansas.  If he’d rather be in LA than Knoxville, what do you think he’s gonna think about Arkansas?  If he came to Arkansas he’d be looking for a new job before he found out where the bathrooms are.

Plus that, Arkansas is so land locked that we don’t even have brackish water, only freshwater. That may be too much for him to bear given the potential jokes that could arise if he doesn’t do as well as expected.

TRYOUT FOR A BUYOUT

Unfortunately, that’s just the world we live in.

Finally, it takes a whole lot of luck to find a guy who truly wants to be at the school he signs with, or understands the school’s culture, fan base and actually likes the way of life.  But, all of these things matter when the coach is being asked to pull a once proud and competitive program out of the burning flames of the SEC West Hell.

So who will Hunter Yurachek tab as the Hogs’ next head coach? Insider Mike Irwin chimes in at 4:54 below: