For those of you who do not know, Latarian is a pigskin prophet and gridiron Gaudi. Two and a half years ago, on an SECRant.com thread you need to read right now, he proposed two trophy ideas for a permanent Arkansas-Missouri rivalry game:

“Battle for the Crystal Meth Pipe”

“Battle for the Golden Banjo” 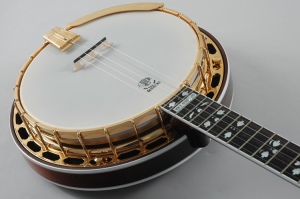 Alas, Latarian cannot be happy today. As he wanted, University of Arkansas and University of Missouri officials have since announced a permanent rivalry game. But this morning it became clear, unfortunately, they are not Breaking Bad fans:

FAYETTEVILLE, Ark. – Southeastern Conference foes Arkansas and Missouri will meet on the football field next month in the first edition of the Battle Line Rivalry presented by Shelter Insurance. The new football series pits the SEC’s Eastern Division against the Western Division and provides a natural rivalry between Missouri and Arkansas.

This season’s game will mark the first conference matchup between the two schools. Arkansas and Missouri will play each season as SEC cross-divisional opponents.

The rivalry clashes against both geographic and historical boundaries – from disputed demarcations of the border separating the two states to notable alumni and former personnel with ties to both storied athletic programs. The historic rivalry between the two states will take on even more meaning now, as every Thanksgiving weekend the Battle Line will be drawn on the gridiron. The Razorbacks or Tigers will ultimately stake claim to the “Line” – until the next meeting.

“We are appreciative of Shelter Insurance for stepping forward to help us start the Battle Line Rivalry, an annual series that will soon become a much anticipated competitive rivalry for fans of both programs,” said Jeff Long, University of Arkansas Vice Chancellor and Director of Athletics. “With the close proximity of the institutions, fans of each school will have the opportunity to travel to both campuses for games in the series. It is a budding rivalry that will provide outstanding athletic competition while further enhancing the reach of both institutions and the SEC within our region and throughout the country.”

“We are pleased for Mizzou’s fans to have the chance to embrace this annual rivalry game with Arkansas,” said Mike Alden, University of Missouri Director of Athletics. “The partnership with Shelter Insurance for the Battle Line Rivalry really brings together two outstanding athletic departments and fan bases for an excellent matchup that we are looking forward to seeing develop into a rivalry.”

“Shelter got its start in Missouri and Arkansas, so our roots are deep in these two states,” said Rick Means, President and CEO of the Shelter Insurance Companies. “We hope that this new rivalry will be a fun new tradition for college football fans in both states.”

The inaugural Battle Line Rivalry presented by Shelter Insurance kicks off Friday, Nov. 28, at Memorial Stadium/Faurot Field in Columbia, Mo.  The game is set for a nationally televised broadcast at 1:30 p.m. on CBS.
Fans of both schools are encouraged to stay tuned for more exciting news regarding how the Battle Line Rivalry will be contested in a variety of ways in the near future.

Whatever trophy may come from this, it’s not going to be meth pipe. Perhaps it will represent the geographic section of southweast Missouri known as the bootheel.

That entire region of what was then the Missouri territory was hotly disputed in the late 1810s, according to the Arkansas Encyclopedia of History and Culture:

“John Hardeman Walker, a wealthy landowner whose portrait hangs in the public library in Caruthersville, Missouri, is generally credited as the man responsible for stealing the bootheel from Arkansas. He lived in the area, and when word spread that Missouri was seeking statehood, he and others persuaded the territorial legislature to include not only the bootheel but large parts of the Black and White River valleys in northern Arkansas, which today include all or part of seven Arkansas counties. While Walker is blamed for including the bootheel in Missouri, little written proof is found. Indeed, once the movement for Missouri statehood began, residents began petitioning Congress to form Arkansas Territory, and at least one petition described the north boundary as the thirty-sixth latitude between the Mississippi and St. Francis rivers and the thirty-seventh latitude from the St. Francis west, thus the proposal would give the bootheel to Missouri but extend Arkansas farther north to the outskirts of present-day Springfield, Missouri.

In late 1818, a Kentucky congressman proposed the territorial boundary of Missouri and Arkansas as the thirty-sixth latitude from the Mississippi west. The political maneuvering is not well recorded, but the act of Congress of March 2, 1819, creating Arkansas Territory defines the northern boundary as beginning on the Mississippi River at latitude thirty-six degrees north and running west to the St. Francis River, then up the river to latitude thirty-six degrees, thirty minutes north, and then west, thereby creating the Missouri bootheel.”

What do you think of the new rivalry name? Would something like “Battle of the Ozarks” have been better?