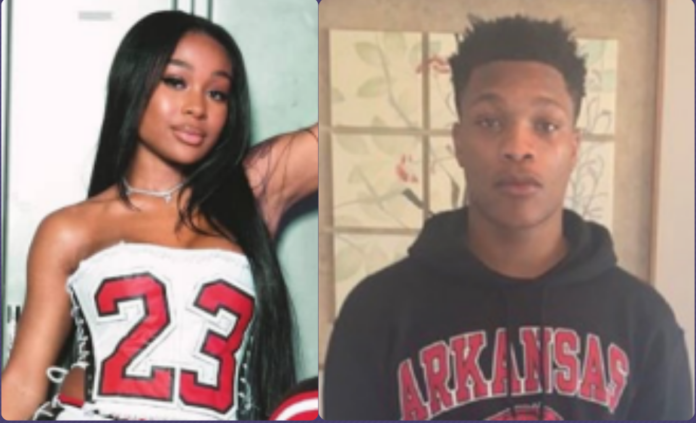 Year in and year out, the Arkansas football program has trouble keeping pace with the SEC blue bloods in national recruiting rankings.

While nobody expects Arkansas to knock off Alabama or Georgia any time soon, most fans feel like the Razorbacks should more frequently be a top 5 program in the SEC recruiting rankings.

Hard as Arkansas football coaches might try, though, they simply can’t seem to get the Razorbacks into that upper tier.

Here’s where the Hogs have finished among SEC teams since the last time Arkansas had a top 5 class in the conference, according to 247 Sports:

If the Arkansas football program ever wants to seriously compete for SEC West titles again, especially in a division that gets stronger every year, it can’t afford to go 17+ years without a top 5 recruiting class in the SEC.

So far, the so good.

Arkansas football currently ranks No. 4 in the SEC for the class of 2022 after big commitments from the the likes of Andrew Chamblee and Rashod Dubinion.

Granted, it’s very early in the 2022 recruiting cycle, and many of the blue chip players haven’t yet announced what powerhouse program they will join. Arkansas will have a tough time staying in the Top 5 later in the year.

But recent developments show that Pittman and his staff are capable of making this happen.

The Hogs have made the final two choices, along with Alabama, for the services of four-star Phaizon Wilson.

They are also in the running for five-star athlete Gentry Williams out of Tulsa. With a 247Sports rating of .9885, Williams would be the third-highest recruit in Arkansas football history, behind only Mitch Mustain (.9964) and Ahmad Carroll (.9942).

So far, however, the most impressive commitment in the Sam Pittman era is defensive back Myles Rowser, who committed to the Hogs in late April.

Rowser is a high four-star out of Bellevue, Michigan whom 247SPorts has as the No. 131 player in the nation. (The second-highest ranked player of the Pittman era is WR Ketron Jackson, who ranked No. 163.)

Rowser decommitted from the Wolverines last spring and chose Arkansas over the likes of Alabama, Cincinnati, Notre Dame, Penn State and Ohio State.

He has size, elite speed, quickness, anticipation and ball-hawking skills, as the below video makes clear:

Not only is the 6’1, 185-pound Rowser an extremely talented player who projects to be an immediate contributor, but he helps bolster a position that has historically been the weakest for the Hogs relative to other SEC programs.

The number of elite defensive back signees with Arkansas football are far and few compared to top SEC programs like LSU and Florida, yet the position is more important than ever with the proliferation of quick-tempo, pass-first offenses.

Arkansas’ current crop of defensive backs are headlined by rising junior Jalen Catalon, a potential 2022 NFL Draft entry, so getting an elite replacement like Rowser is imperative.

His commitment is all the more impressive because Arkansas almost never gets Michigan’s best players.

“When I first heard, they offered him, I’m not going to lie to you. I said, ‘That’s a waste of time,’ Arkansas recruiting analyst Otis Kirk said on Pig Trail Nation.

“Through the years they’ve offered so many kids out of Michigan and they’ve never gotten any of them out of Detroit” and other areas.

“Sam Carter talked to him about the things he can help him get better at. That really caught the kid’s attention. I don’t know if every recruiter does that. I think they try to tell the kid, ‘You’re great. Blah, blah, blah’ and tell him what he wants to hear.”

“That’s not what Coach Carter did… He just explained to him what he and [defensive coordinator] Barry Odom can do to help make him a better player. That caught his attention.”

In a recent interview with The Sports Muse, he said one of the main things he likes to do for fun is hit a field and work parts of his game he wants to improve like his speed and opening his hips more.

He aspires to become an NFL star like his favorite player, Jalen Ramsey, the Los Angeles Ram cornerback who has been a four-time NFL Pro Bowler.

Kevin Brumley, host of The Sports Muse, however, thinks Rowser is similar to Tyrann Mathieu, the former LSU defensive back who terrorized Bobby Petrino’s Hogs in late 2011.

“Because he’s kind of a guy who drops down, covers a tight end, he’ll cover a slot receiver, he’ll play over the top single high, he’ll play two high, he’ll blitz off the corner,” Brumley said.

“And that’s kind of your game man, you’re kind of all over the place. Speaking of old school terms, you’re kind of like a monster backer. Where they’re just putting you on the strong side and letting you just play wherever.”

Below is an excerpt of the exchange between Brumley and Rowser. (Questions have been edited for brevity.)

What separates you from other top DBs in your class?

Myles Rowser: “What separates me from them is my mentality. I’m going to guard anybody, tackle anybody, I’m not scared of nobody.”

Do you talk trash on the field?

Myles Rowser: Not really. You got to talk a lot to me for me to talk.

Would you ever go skydiving?

Myles Rowser: Yes, that’s on my bucket list. It’s cool experience new things, because you only live life once.

Do you have any hidden talents?

Myles Rowser: Yes, I can rap.

Would you rather pick-six somebody or light someone up?

Myles Rowser: Can I say ‘both’?

Myles Rowser: If you know me, I eat every candy that’s made. So I would say an original, which is Now and Laters.

If you could meet any celebrity, who would it be?

Who is your celebrity crush? 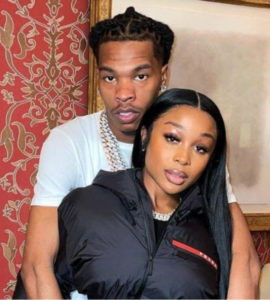 Jaeda, also in the profile picture, is Rowser’s celebrity crush.

“He can play any position back there in the secondary and has played every position,” Crowell told the Arkansas Democrat-Gazette’s Richard Davenport.

“He has played free safety, strong safety, nickel, corner and excelled at all of those places on the field. So he is a DB. You can’t just say he is a cornerback or a safety. He has a high IQ and is a great talent.”

“I am a Coach Pittman guy,” Crowell added. “He almost had two other Belleville players when he was at Georgia and as soon as he became a head coach, I became a fan.”

“I trust him and I think it is going to be a great relationship between Belleville and Arkansas as long as Coach Pittman is there.”

Make sure to watch the entire Sports Muse interview with Rowser here: