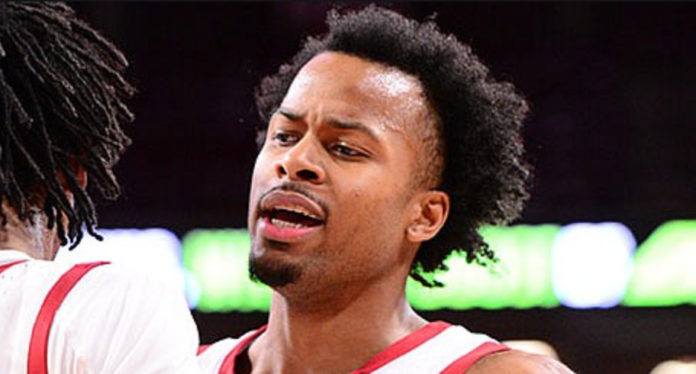 For the most part, it’s been good vibes and well wishes in the aftermath of Moses Moody’s announcement that he’s entering the 2021 NBA Draft.

The 6’6″ wing will become the first one-and-done in Arkansas basketball history. This is no hasty decision, given that for much of the season Moody was projected as a Top 13 pick in many mock NBA drafts.

Most Arkansas basketball fans understand that losing Moody for what would have been a great sophomore season is tempered by:

a) All great college basketball programs produce one-and-done players. It’s the cost for signing elite recruits. Moody going to the NBA so early only shows future recruits they can do the same from Arkansas.

b) His departure opens the door for Arkansas basketball coach Eric Musselman to do one of things he does best: work the transfer portal like a roundball Rembrandt. Moody’s departure has already allowed Musselman to bring in an elite transfer, Stanley Umudwe, who makes Arkansas as much of a national title contender in 2022 as it would have been had Moody stayed.

It also helps that Moses Moody is leaving after a year in which he showed exceptional maturity and poise, won SEC Freshman of the Year (and should have been SEC player of the year) and led Arkansas to an Elite Eight appearance.

Aside from poor shooting during much of the NCAA Tournament, there is little sense of “what could have been” with Moody.

He arrived with great potential.

He delivered on that potential.

But that doesn’t mean his entry into the NBA won’t come with a few bumps. In fact, there are some indications it could be more rocky than anticipated.

Consider that in ESPN’s latest 2021 NBA Draft mock projection, Moody has dropped well below the lottery range to No. 21 overall. Older players like Davion Mitchell and Corey Kispert have leapfrogged him.

While Moody could climb back up the mocks again, this slide does bring to mind recent Razorback NBA players in Bobby Portis, Daniel Gafford and Isaiah Joe who were taken in their drafts a few spots lower than anticipated.

Some of this drop is likely reflecting from the Moody’s poor shooting in March Madness against Oral Roberts and Baylor (he made only two of 10 field goals against the Bears). After that game, things got heated on social media with some fans complaining he wasn’t yet ready for the NBA.

But the question isn’t if he’s ready to enter the league.

The question is how quickly he’ll succeed once he’s in it, and how far down the draft board his weaknesses could cause him to fall.

Jimmy Dykes, the SEC analyst who once served as an NBA scout for the Seattle Supersonics, thinks highly of Moody’s overall game and composure. He says some scouts put more emphasis on postseason performances when grading prospects than others, but there are areas of concern for Moody that showed up throughout the entire season.

Dykes, a former Arkansas basketball coach, added: “Defensively, there are some questions about his side-to-side speed, his lateral speed. Can he guard a big guard in that league and chase people off screens, which he’ll have to do?”

Dykes also says that that NBA personnel should love how well Moody performed in some of the biggest games of the SEC regular season, especially against the future NBA players on teams like Alabama and LSU.

“But then you look at the NCAA tournament, and you have to think ‘Was he tired? As a true freshman, did he wear down a little bit?'”

Other areas of improvement for Moses Moody

Perhaps the most thorough breakdown of the pros and cons of Moses Moody’s game, and how they could translate to the NBA, comes from draft analyst Wilko Martinez-Cachero. He points out that Moody will need to address the below issues going forward:

Sometimes, this plays into his favor when the referee calls a foul on the defender. But streamlining his mechanics so that there are less moving pieces in the lower half would help land on balance more often and likely increase his accuracy.

Given out deliberate and methodical Moody appears to be in everything he does, it’s no surprise he has a methodical, smooth mechanics in his shot. Part of that involves dipping the ball before raising it for release, Martinez-Cachero notes on his “Floor and Ceiling” channel.

Historically, this dip is part of a lot of great deep shooters’ mechanics, but in recent years some shooters — taking a page out of the playbooks of Steph Curry and Damian Lillard —have almost cut it out in favor of a much quicker release.

Moody is no small guard, though, and also has the advantage of having a 7′ wingspan. Plus, once in the NBA, Moody may find he doesn’t need a faster release if he’s able to speed up his first step and force defenders to play off of him more.

But if that doesn’t happen, and the bigger, stronger defenders start crowding him more, he’s going to need a quicker release.

Moody tended to be a straight-line driver to the basket during game situations, even when opponents were between him and the goal. He didn’t show much ability to elude defenders with tactics like the Euro step.

In the NBA, especially at the start of his career, he won’t be able to draw as many fouls and will likely need to develop more of an in-between game with floaters and push shots. He showed this in spurts at Arkansas, but it will become more important at the next level.

But he’s unselfish, which should help endear him early on to his older teammates.

He makes good passes on the move with his right hand and has great decision making on when to make extra passes around the perimeter for a better shot by someone else. Thanks to elite anticipation of how the ball will carom off the rim, he’s also a very good rebounder for his size.

“He wants the ball more than them, and it’s like his hands have magnets.”

Defense is a big reason Moody is so highly regarded.

He has a rim protector’s instincts, great anticipation for taking charges and showed great versatility in guarding players of different sizes, from 6’9,” 194-pound Jacob Toppin to 6’9″, 240-pound Trendon Watford and 6’7″, 245-pound Darius Days (see 9:20 mark in the video below).

While it’s easy to key in on Moody’s shooting struggles in the NCAA Tournament, he still battled hard on the boards and on defense.

Musselman, who has no problem pulling a starter, kept giving him big minutes for a reason.

Perhaps there is no bigger tribute to Moody’s overall game and IQ  than Musselman’s persistent trust in him during the NCAA Tournament despite the bad shooting.

Perhaps some NBA teams, however, will hone in on the potential red flags that Dykes and Martinez-Cachero bring up. Moody may end dropping to No. 21 in the draft.

Even if picked there, however, he would still make 4.362 million in two seasons based on the NBA rookie salary scale.

That’s still really good, and it’s hard to imagine Moody sliding much past this spot.

The guaranteed millions that NBA draft first round selections get grows bigger year by year. It’s now to a point where even a risk-averse person like Moody would be foolish not to make a calculated gamble by throwing his hat into the ring.

Watch Martinez-Cachero’s outstanding analysis of all aspects of Moses Moody’s offense and defense: