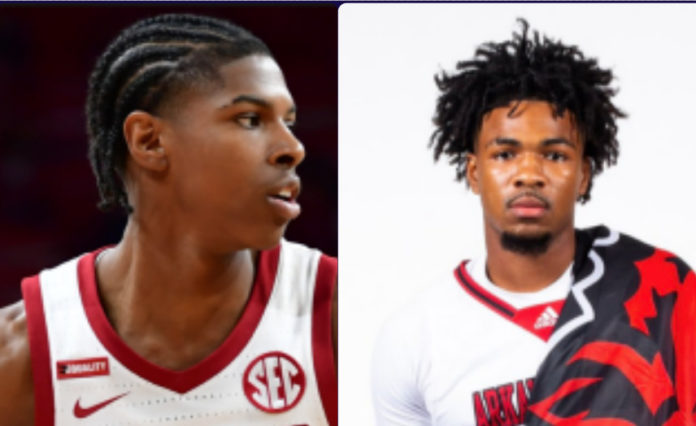 These are strange days for the NCAA. The transfer portal and the NIL have completely changed the way the game is played. Off the field. And even if the on-the-field action remains largely the same as it has been the last decade or so, the stuff away from the gridiron gets almost as much attention. Nothing about it is how it used to be. Coaching a major college sport for a major program is now a 365-day-a-year job.

The SEC obviously falls into this category. Even Vanderbilt. It used to be taboo for coaches at one SEC school to leave for another SEC school. That fell by the wayside in the last generation. Mike Anderson going from Missouri to Arkansas was nationally news-worthy but it was at the tail-end of people still caring about such inter-conference swaps. Bruce Pearl-to-Auburn was a big deal not because he was the former Tennessee coach who went to another SEC school, but because of the investigations and Aaron Craft issue that tainted the end of his tenure with the Vols.

What held, though, were the players. Largely seen as commodities by the NCAA but expected to be loyalists by their teams’ fans, it was taboo if a player transferred in-conference. Such a transfer quickly became persona non grata among his former team’s fandom. Now, thankfully, that, too, isn’t a thing anymore. Occasional grumblings still permeate among those loyalists, but with the emergence of the transfer portal and the NIL, players have options now. They spent so long watching their coaches jump for anything, they came by their new options honestly.

Arkansas football, for example, lost defensive backs Joe Foucha and Greg Brooks Jr. to LSU. That’s Battle-for-the-Boot, hated-rival LSU. Then, shortly after, Dwight McGlothern left the Tigers for Fayetteville and Latavious Brini made his way out of Athens, Georgia, for the Boston Mountains despite being a starter for a national championship team. The moves made some waves, but not nearly what they would have a decade ago.

Over the weekend, it was Arkansas basketball’s turn. For the second straight season. Guard KK Robinson, who entered the portal last month, announced his destination as Texas A&M. He followed forward Ethan Henderson the year before after Henderson found his playing time stifled on coach Eric Musselman’s roster. The Parkview graduate went on to average 14 minutes a night for the Aggies last season which was more than double the time he spent per game while in Fayetteville.

Thankfully, hardly anyone is calling Robinson a traitor, which wouldn’t have been the case in recent years. The Bryant native, who played his final high-school season at basketball powerhouse Oak Hill Academy in Virginia, had been snakebitten with the Razorbacks. He played in just 11 games his first year at Arkansas, suffering a foot injury that kept him out for the rest of the year. In this day and age, that was that. Robinson never really cracked the rotation again, playing in 19 games and averaging just five minutes a game.

Playing time is hard to come by at Arkansas, especially in the Eric Musselman era. The Razorbacks actually netted a player from Texas A&M, too, a couple seasons back. Jaxson Robinson was the youngest player on the Arkansas roster last year even as a sophomore (he skipped his senior year of high school in Oklahoma to enroll early), though he had a year of SEC experience already.

Jaxson Robinson’s numbers were a touch better than KK’s as he played in 19 games and averaged 10 minutes a night, but he only played two games after February 15. With Arkansas bringing in the No. 2 recruiting class in the country loaded with wings, Robinson’s playing time next year was in doubt, which explains why today he announced he was transferring.

As Yahoo’s Taylor Jones notes, “players have until May 1 to enter the portal, and be eligible to play the following season. But, since Robinson entered on May 12, he will need a waiver in order to become eligible to play in the 2022-23 season. If his waiver is not approved, Robinson will not only have to sit out a season, but will have to use a season of eligibility as well.”

KK Robinson, like Jaxson Robinson, is leaving for a good reason. The man just needed a fresh start. And it isn’t like he lacks talent. By the time next year begins, he’ll be totally healthy, in theory, from the foot injury that plagued Year One and put him behind the proverbial eight-ball in Year Two. Don’t forget, though, KK Robinson was a four-star recruit who was good enough to play at the preps basketball factory of America. Expect to see him on the court when the Hogs and Aggies meet in the winter.

Before KK Robinson, there was Desi Sills. The Jonesboro High grad spent three seasons with the Razorbacks before transferring back to his hometown and Arkansas State last season (after a cup of coffee with Bruce Pearl at Auburn). The COVID-19 pandemic granted everyone an extra year of eligibility and Sills entered the transfer portal again this offseason. Reportedly, his final three choices as a destination are Arizona State and two SEC schools, Mississippi State and LSU. Sills’ playing time at Arkansas was much more than Henderson’s or either of the Robinsons. With the Red Wolves he was a full-time starter logging 30 minutes each game. He set career highs in points, field-goal percentage and rebounds, earning him big-time suitors this offseason.

What happens if Sills or KK Robinson earn enough minutes against the Razorbacks to garner some animosity from Arkansas faithful? Odds are, it wouldn’t be lasting. That wouldn’t have been the case in years past. We’re talking about a fan base that largely still hasn’t forgiven Malik Monk for exiting the state’s borders for a lone season at a basketball powerhouse. His situation is slightly different because he never played for the Arkansas basketball program in the first place.

But things have changed. Justin Moore won’t be tweeting about how Henderson and Robinson and Sills have disrespected Natural Staters and the Hogs. Besides, the big unspoken thus far is ultimately that transferring is about talent. When players leave Arkansas, as long as they weren’t key players, the resounding reaction is “Once a Hog, Always a Hog.” When the players who spurn the Razorbacks light out for someplace with greener pastures – a meaning that varies from player to player – expect the treatment of a pariah. The assumption that players and fans hold the same values is a faulty one.

The good news for Arkansas basketball, at least, is Musselman has made it to where there aren’t many such places left.