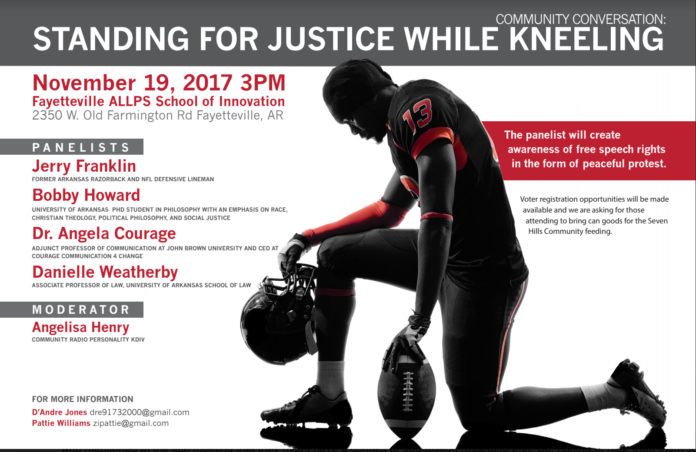 The Arkansas football legend to discuss the intersection of sports and civil rights with a philosopher and law school professor.

Well, they don’t get much more unique than this.

This afternoon, former All-SEC linebacker Jerry Franklin will speak on a diverse panel touching on first amendment rights and sports as an agent for social justice movements. I’m sure they will touch on the  ongoing national anthem protests in the NFL, as well as the ramifications of last year’s “Kneeling Razorbacks” protest at Bud Walton Arena. I highly recommend anyone interested in these issues to watch this clip, which Krystal Beachum of Student-Athletes Unite helped produce:

Most the student-athletes interviewed here are still in school. Their identities are masked for their protection.

The panel takes place at 3 p.m. at the ALLPS School of Innovation just off of Interstate 49 Exit 62 in Fayetteville: 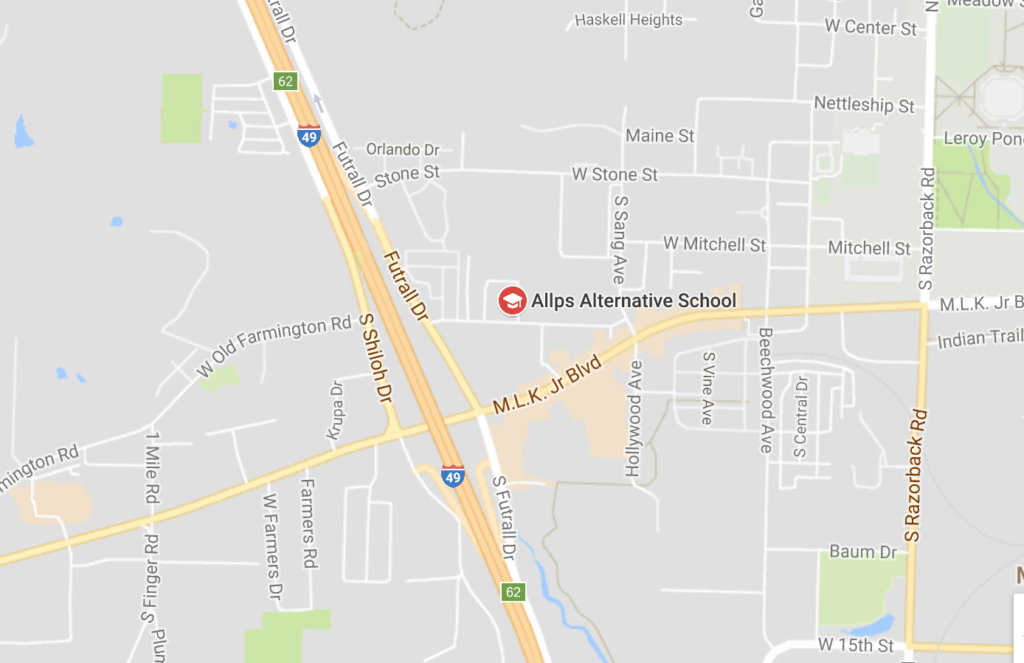 Here are some brief bios on the panelists:

Franklin was one of Arkansas’s best defensive players in the Bobby Petrino era, helping the Hogs reach the Sugar Bowl in 2011. He played about five years in the NFL, and now works in the logistics industry in Lowell. He and I recently spent a good couple of hours catching up  for this OnlyInArk.com feature.

A PhD philosophy student at the University of Arkansas who as an undergraduate majored in political science with minors in history and religious studies. Also works as a writer, editor and consultant for a Christian publishing label.

A UA law professor who researches First Amendment jurisprudence and its impact on student speech, hot-button school law issues, and emerging legal protections for transgender individuals. Serves on the AALS Section on Labor Relations and Employment Law’s Executive Board.

NB: Before the kneeling Razorbacks, other Arkansans played large roles in using sports social justice protests. At the height of the Vietnam War era, Sparkman, AR  native Fred Milton sparked freedom of expression protests within the Oregon State football team.  And Pine Bluff native Ivie Moore helped do the same at the University of Wyoming. Moore’s story is one I feature in African-American Athletes in Arkansas:Muhammad Ali’s Tour, Black Razorbacks & Other Forgotten Stories. John Kirk, the director of UALR’s Anderson Institute on Race and Ethnicity, recently highlighted my Moore chapter on public radio. 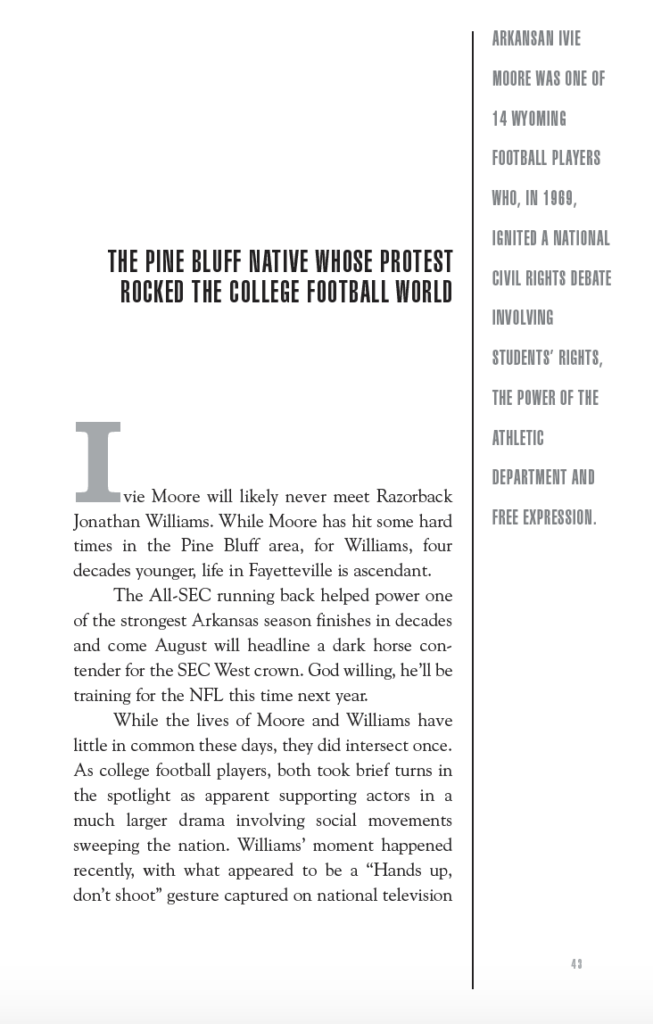 Finally, below is one last relevant video to the issues at hand. It involves the  Cynthia Nance Chapter of the Black Law Student Association at the UA School of Law, along with The Sam M. Walton College of Business and UA’s African and African American Studies Department: