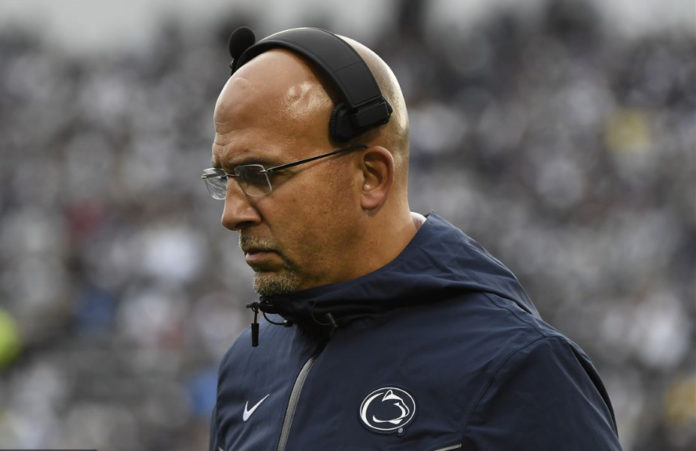 Larry wasn’t kidding: The Hogs are going bowling in 2021. Bring on the sprawl of Tampa, bring on winter in Florida, bring on the campy Australian accents in Outback commercials, bring on whatever it is the Nittany Lions are doing this year. It’s Penn State, it’s Arkansas, James Franklin vs Sam Pittman; this will be a reason to get to bed early after counting down to midnight on New Year’s.

That the Hogs are in a bowl itself shouldn’t be big news, exactly, but the grueling slog since the last Arkansas bowl game underlines the accomplishment. Since 2016, when Arkansas lost to Virginia Tech in something called the Belk Bowl, the Hogs have been through Job’s whale. A 4-8 season, Bret Bielema’s last as coach, followed by a severance that looked like a check the Pentagon would write.

Then a 2-10 Chad Morris season that ended with combined losses to the likes of Mississippi State and Missouri by a combined score of 6-90. Then, more Chad, in a second consecutive oh-fer season in the SEC. Oh, and then a pandemic hit. That was actually an up year. When the Hogs went to Starkville and pulled out a 21-14 win over No. 16 Mississippi State, it snapped a Vanderbiltian 20-game conference losing streak.

The steady, constrictor-like smothering of No. 15 Texas in September. The no-doubt-about-it whuppin‘ laid on Texas A&M in Dallas. The close calls against Mississippi State and LSU. The not-at-all close second half runaway at Missouri. Heck, even the 2-point conversion call to decide the Ole Miss game. You just can’t be mad about losing 52-51 against the team that’s headed to the Sugar Bowl. Or about losing by a touchdown in Tuscaloosa to the team that just dismantled Georgia. This wasn’t the return to Fayetteville of a dominant team by any stretch. But it was the official return of football that, week in and week out, was fun to watch, exceeded expectations, and put the Hogs in position to play on New Year’s Day against a team that was in October thinking about contending for a national title.

Here’s what you need to know to get ready:

Time: kickoff is at noon Eastern, 11am Central

Tickets: Face value of club seats is $170, and all other seats $80. It’s likely to be a sellout by the time you see this, but you can check on Ticketmaster.com or scope out the resale market on Seat Geek. The stadium holds 65,657 spectators.

How to watch: ESPN 2 will air the game, as will ESPN+

Arkansas vs Penn State: How They Got Here

Penn State finished 7-5 (4-5 in the Big Ten), fourth in the Big Ten East, and unranked in any polls. The Nittany Lions were ranked as high as No. 4 in the AP Poll, after Week 5. They went 2-4 against bowl teams.

Arkansas finished 8-4 (4-4 in the SEC), third in the SEC West, and fourth among SEC teams in the College Football Playoff standings (No. 21). The Hogs are No. 22 in the AP Poll after being ranked as high as No. 8 in the AP Poll, after Week 5. They finished 4-4 against bowl teams.

The Hogs have never played the Nittany Lions, which is sort of wild, when you think about it. Penn State has played 1,319 games across 128 seasons. Arkansas has played 1,233 games across 116 seasons. Together they’ve played in 92 bowl games. They’re 0-0 against each other.

For the Lions, the slide from October 3, when they were 5-0, has been severe. They beat up on two unimpressive teams (Maryland, Rutgers) while losing a series of nail-biters. Three points to then-undefeated Iowa. Two points (in nine OT!!) to lowly Illinois. Nine points to Ohio State. Four points to Michigan. And in the season finale, in a blizzard, three points to Michigan State. There aren’t too many five-loss teams this dangerous.

Is this a team in freefall, or did the Lions just catch some bad breaks? One of the year’s great coaching facepalms was James Franklin’s decision to call in a fake field goal from the 2-yard line while up 3-0 in the first quarter against Michigan. He later defended it as equivalent to going for it on fourth down, which, OK, sure, sorta. It just so happened the result of the holder’s pass into the flat to the kicker was a loss of 27 yards, along with the turnover on downs. That sort of thing has a way of haunting a team after a 21-17 loss to one of the best teams in America, and reaffirmed Franklin’s reputation for coming up shy in one-possession games.

Nonetheless, Penn State — which values constancy above seemingly all else — rewarded him before the season finale with a 10-year, $75 million extension that provided plenty of fodder for a classic Colin Cowherd tirade. Then the Lions went and lost by a field goal to the Spartans in the snow. Franklin is now 67-33 at Penn State, which all things considered, in the Big Ten East, ain’t too shabby.

This could be a team fully ready to write off a bummer of a season, one in which they slid from No. 4 in the country down to 10th among the AP’s also receiving votes stragglers. A bowl game named for a bloomin’ onion dispensary will strike many fans, and possibly players, as an empty-calorie consolation prize. But they also might be much looser than the Hogs, who have more at stake in this game. Also, they have one of the best punters in the sport, in Ray Guy Award finalist Jordan Stout. If Arkansas can force a few punts, you should see some bitchin’ hang time on those babies.

For the Hogs, this is closer to a must-win game if the inertia of 2021 is to be believed. The Lions may not have the talent or the mojo that they’ve had in years past, but they are still Penn freakin’ State, and one very fine pelt to collect in this or in any other year.

At season’s end we had the Lions ranked just the No. 8 most-attractive possible bowl matchup for the Hogs, but that was assuming a lower-tier bowl. That the Outback Bowl skipped over the option to pick Wisconsin or Purdue, both of which finished higher in the Big Ten, points to the premium that Penn State’s brand brings. The bowl committee wanted this matchup, and so the Hogs should, as well.